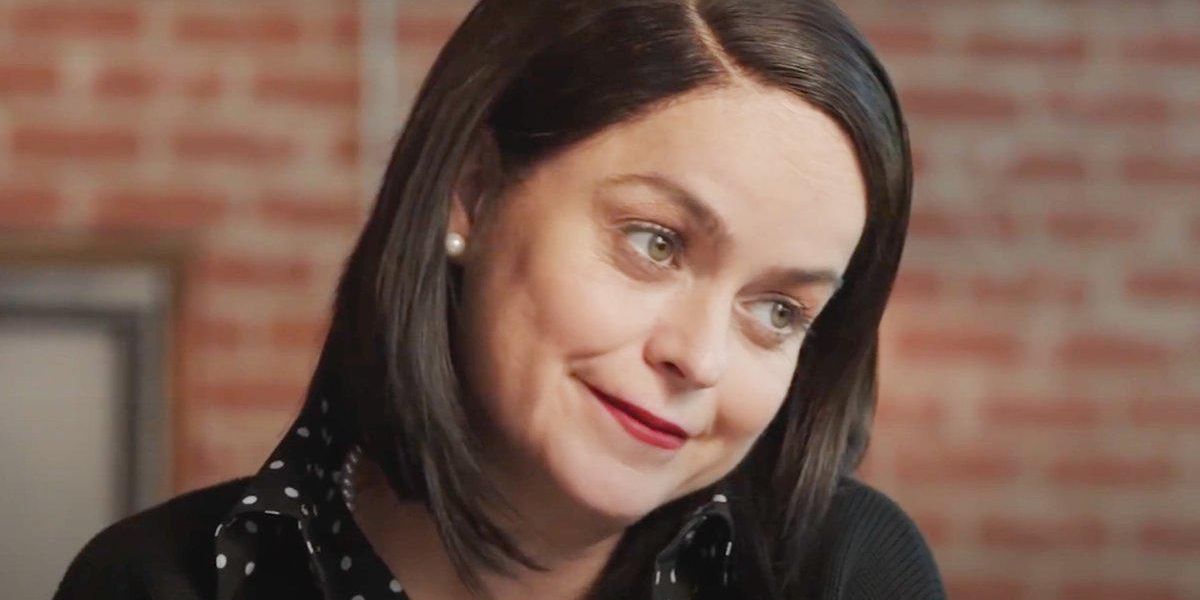 The name "Karen" has become synonymous with racist white women who make the lives of people from other ethnic backgrounds a living hell. It's also the name of a new movie, inspired by said Karens, with such a cringy setup that it borders on parody. But upon Googling it, the film's actually serious.

Karen is a forthcoming horror movie from director Coke Daniels who's responsible for films like Hollywont and Gangsta Rap: The Glockumentary. Producers for the film, according to Deadline, are BET, Flixville USA, Burke Management and more.

Starring Taryn Manning, who's best known for her portrayal of Pennsatucky on Orange Is the New Black, as a Karen named Karen Drexler, the film follows her attempts to harass a young Black couple — played by Cory Hardrict and Jasmine Burke — who live in an upscale Atlanta neighborhood.

In the new trailer that just came out, Karen tries her best to antagonize the couple, pushing over their trash can and, of course, using her phone to make emotional phone calls to the police for assistance for no reason at all. People get arrested, blood is spilled and more in this cringeworthy mockery of what happens in real life when these types of women act the way that they do.

In actuality, it looks like Jordan Peele's Get Out without the wit. It's the latest Peele-inspired horror take, after the recently released Them, that wants to replicate its commentary on real life without having anything new to say.

In a statement to Deadline, Daniels explained why he made the movie. "Last year during the global pandemic and civl unrest, I — like many of us — felt anger, despair, and hopelessness," he said. "The overwhelming amount of support from people around the globe, who want to see change ,has been such an inspiration."

He continued, "I felt a social responsibility to take on this role. Even if I had to play the villain to affect change around the globe, then I was more than willing to step into the role. What's been going on is devastating. It's time for change and for me to be a part of the bigger picture, meant a lot to me."

Check out the trailer for Karen, up above.