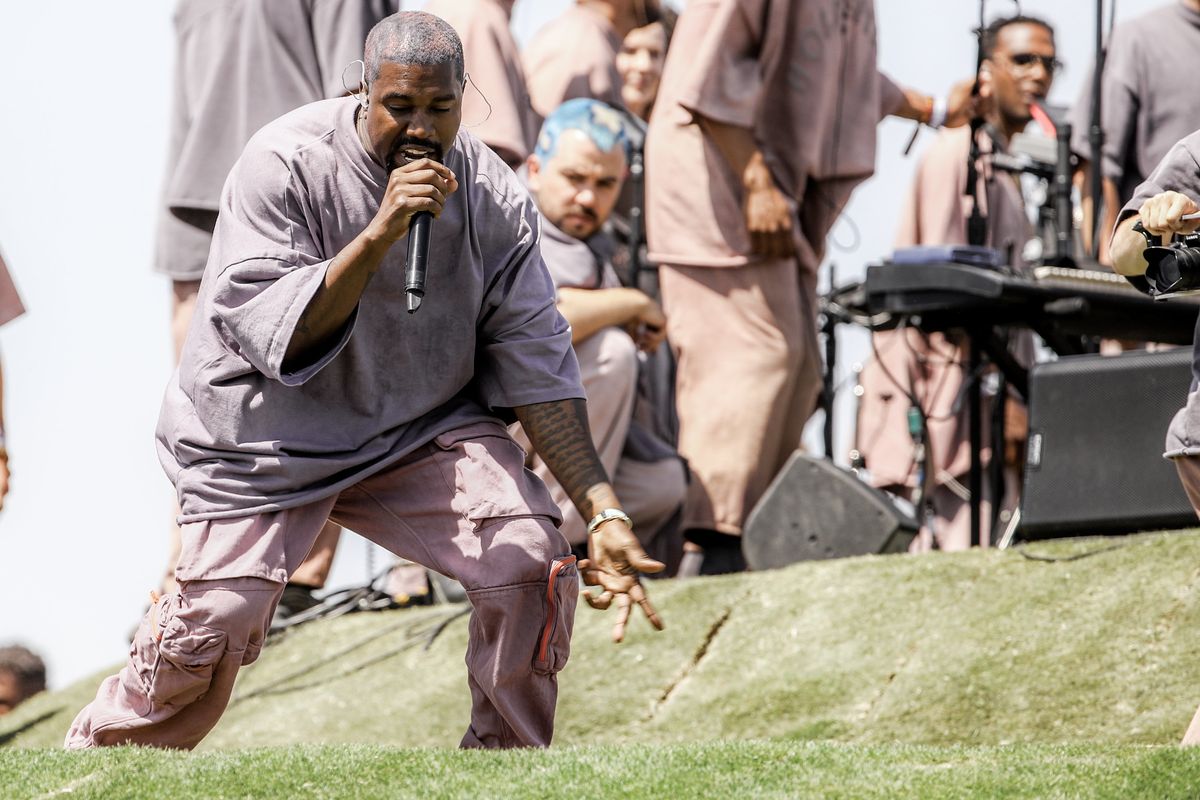 Kanye West loves a large, Star Wars-esque dome — so much so that he pulled out of a Coachella headline slot last year because the festival organizers refused his request to build one. But that's okay! The musician and designer has his own land to build mysterious space age structures on, and closer to home.

As seen in photos obtained by TMZ, West is currently constructing a village of curved wooden houses on some spare property he owns in the hills of Calabasas. He reportedly believes the futuristic homes "will break the barriers that separate classes ... namely, the rich, the middle class and the poor."

This is an interesting concept to say the least. The Calabasas and Hidden Hills area, if you're somehow not aware through subscribing to YouTube stars or watching Keeping Up With the Kardashians, is the Beverly Hills of 2019. It's a closed gate community outside of Los Angeles designed to sequester the rich and famous from paparazzi and common people. Its most privileged residents live palatially, while the median house value is just over $1 million, with homeowners earning a median income of $140,929.

🅺🅰︎🅽🆈🅴🆂🆃🅰︎🆃🅸🅾︎🅽 on Instagram: “YEEZY Home in the works! Each building is about 50 feet high. "Sources familiar with the project tell TMZ ... Kanye is building dome-like…”

West and Kim Kardashian, alongside the likes of fellow resident Drake, exemplify the cashed up, elitist lifestyle that Calabasas is known for: their $60 million mansion, on full view in a recent Vogue 73 Questions video, is both enormous and tastefully empty — the two design hallmarks of the truly rich.

But maybe they're feeling guilty about taking up so much space. TMZ vaguely details Kanye's "plan to revolutionize housing," which has apparently been a closely guarded secret for years. The project "sits on a portion of land Kanye bought a few years back ... 300 acres in all," and the rapper is definitely planning to build an entire "housing community," presumably one that non-rich and famous people will live in.

Grainy photos show construction workers building the domes, which are approximately 50 feet high and described as both "dynamic" and "otherworldly," with their design inspired "from every period of man's existence on earth."

It all sounds very… Marianne Williamson? But let's withhold judgement, and optimistically look forward to moving into California's most exclusive neighborhood sometime soon.