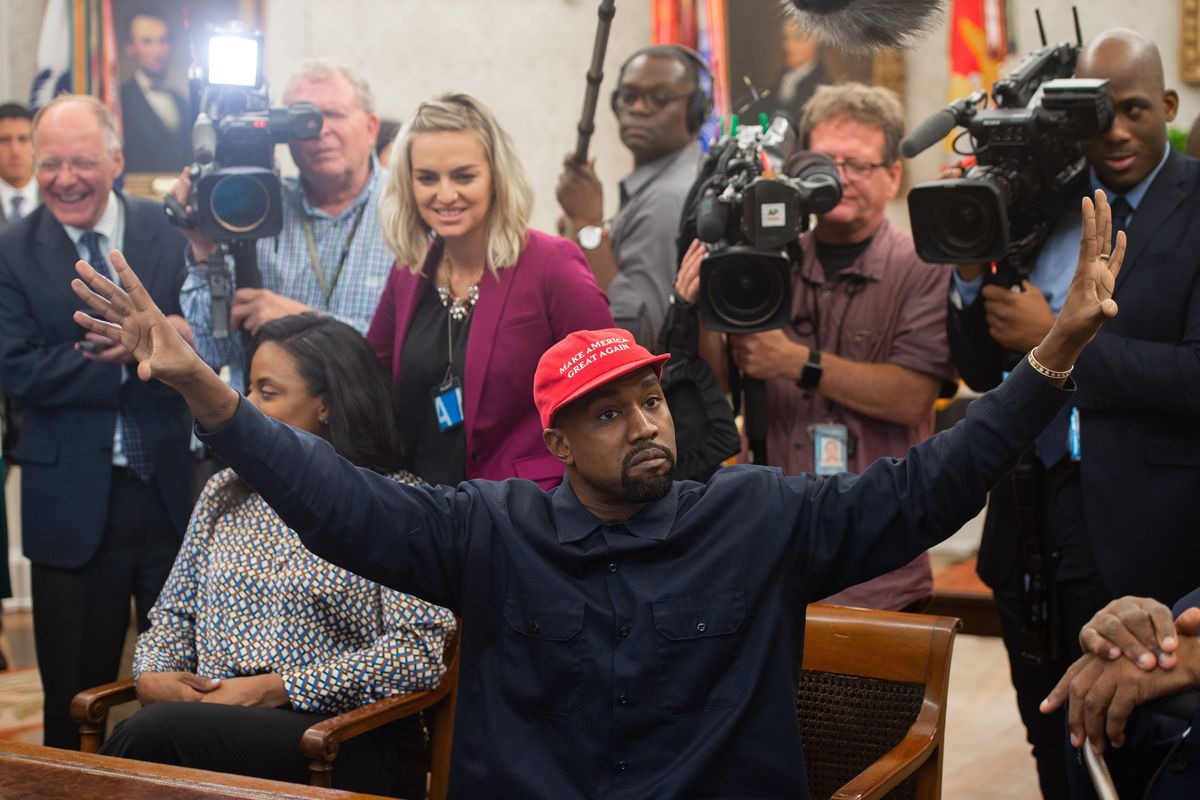 Kanye's Back on His Bullsh*t

Okay folks, deep breaths. Deep down we all knew this was coming even if there was a part of us that may have foolishly hoped otherwise, but Kanye is back at it again. The perennially controversial rapper/ designer is currently trying to make good on his promise to run for President. After formally announcing his bid on July 4, he's now starting to lay out some of the core tenets of his political platform.

Related | Kanye West Is Attempting to Trademark 'West Day Ever'

In a marathon interview with Forbes, Kanye covers a sprawling list of issues ranging from abortion (he's against it) to Planned Parenthood (he believes they "have been placed inside cities by white supremacists to do the Devil's work") and even announced that his running mate would be the relatively unknown Wyoming preacher, Michelle Tidball. He goes on to reveal that he has never voted before in his life and that even though he came down with COVID-19 symptoms this past February he is wary of vaccines and refers to them as "the mark of the beast" despite failing to provide any evidence to back up his claim. As for his White House plans, he wants to model his administration after Wakanda from Black Panther and his only campaign advisors so far are Kim Kardashian West and Elon Musk (who he wants to make head of the space agency).

One of the major takeaways, aside from Kanye apparently being serious about his presidential aspirations, is that he says he no longer supports Donald Trump. Kanye explains that recently he's lost confidence in Trump, saying that the country "looks like one big mess" and that he "caught wind that [Trump] hid in the bunker" after Black Lives Matter protests erupted in the wake of George Floyd's death. Kanye went on to say he would run as a Republican if Trump was no longer in the race, but for the time being he would instead run as an Independent as a part of the Birthday Party ("Because when we win, it's everybody's birthday").

Kanye also goes on to heavily criticize Joe Biden, calling him out on remarks he made saying "you ain't Black!" if you voted for Trump which Biden has since apologized for. "I'm not saying Trump's in my way," Kanye tells Forbes, "he may be a part of my way. And Joe Biden? Like come on man, please. You know? Obama's special. Trump's special... Joe Biden's not special."

And that is barely even half of the wild things Kanye throws out there (there's a whole bit about unlocking alien superpowers too). It would all perhaps be more shocking if it weren't for the fact that it's all incredibly on-brand for him. Kanye has yet to formally file for candidacy with the Federal Elections Commission but he doesn't seem terribly worried that he will miss the registration deadline, banking on many states likely extending the cutoff date due to COVID-19. Guess we will just have to wait and see.