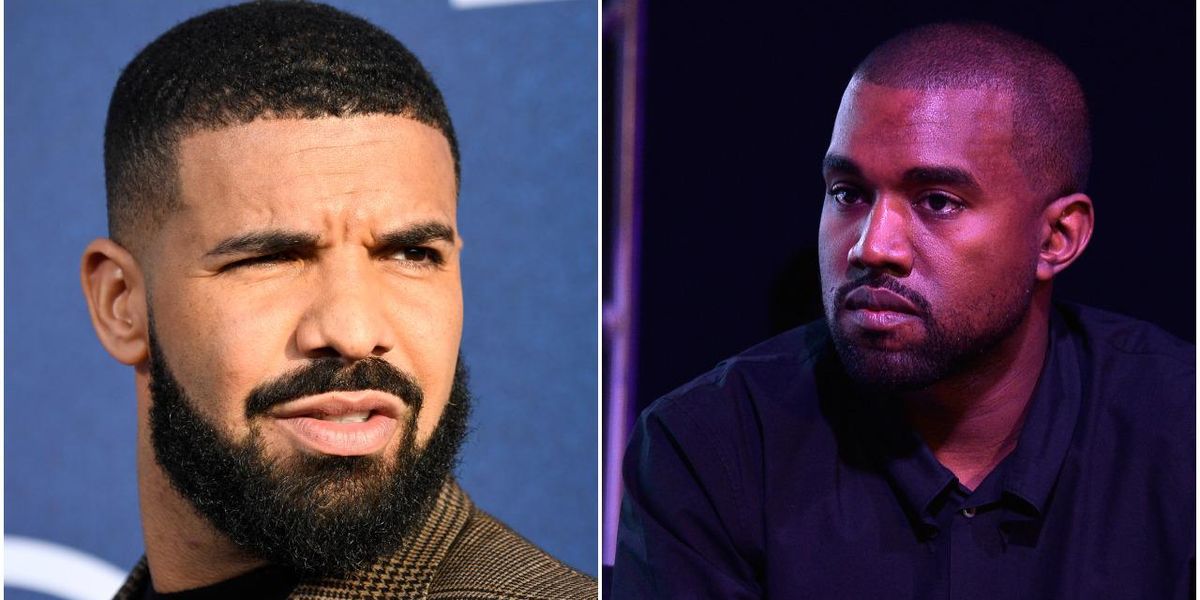 In what appears to be an escalation of their decade-plus feud, Kanye West posted Drake's home address to Instagram on Monday.

According to Hypebeast, the Donda rapper took to social media in the early hours of the morning to share a since-deleted Google Maps screenshot of Drake's Toronto, Ontario mansion — leading many to accuse Kanye of "crossing a line" and taking things a "step too far," especially since the post included identifying street names.

The move comes on the heels of the Pusha T group chat debacle from this past Friday, which was seemingly ignited by Drake's verse on Trippie Redd's new album. On the song "Betrayal," the Canadian rapper name-dropped Kanye and appeared to take shots at Pusha T. And it turned out that Ye didn't take to kindly to the mention, if another deleted screenshot from his text convo with Pusha T and several other people — including a mystery contact label "D" — was any indication.

"I live for this. I've been fucked with by nerd ass jock n****s like you my whole life," Kanye wrote in the post, in which he also shared an image of Joaquin Phoenix's Joker. "You will never recover. I promise you."

Related | Kanye West Is Reportedly Moving Into Another Stadium

Per Complex though, the pair have been beefing for some time now. Though they initially collaborated on 2010's "Find Your Love," Drake was reportedly quite upset that he was cut from Kanye's hit song, "All of the Lights." The slight continued to cause tension over the years and came to a head in 2018 after Drake accused Kanye of spilling the beans about his son, Adonis Graham, which was news Pusha-T then allegedly leaked to public.

However, Drake appeared to respond to Kanye's doxxing attempt shortly after it was posted by taking to his Instagram Story with a carefree video of himself laughing while riding in a convertible.

Neither Kanye nor Drake have yet to make a public statement on the beef.

and he responded with this pic.twitter.com/TM8Gfe6FVh