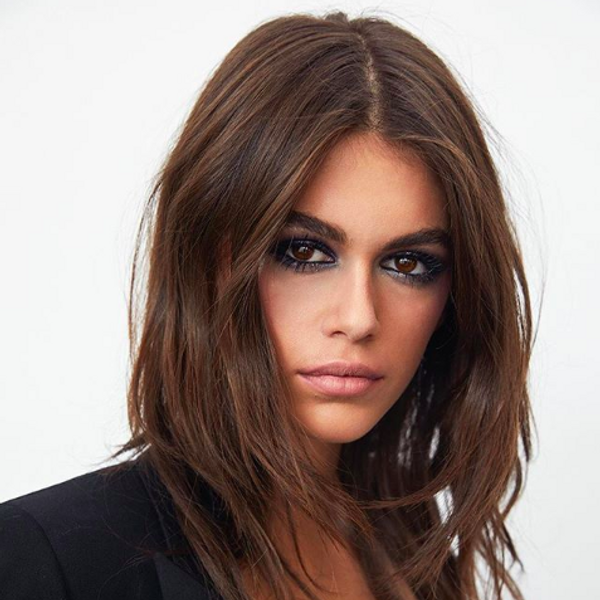 Supermodel progeny Kaia Gerber has dominated runways, ad campaigns, and magazines as of late. The 17-year-old, who's been spotted everywhere from Ralph Lauren's 50th anniversary show to the October issue cover of Vogue Paris, was just announced the global brand ambassador for Yves Saint Laurent Beauté. Joining the ranks of Zoë Kravitz and Edie Campbell, who have previously represented the cosmetics label, Gerber is the youngest model to take on the role.

Since making her runway debut last fall at Calvin Klein 205W39NYC's spring 2019 show, Gerber has amassed a considerable following — 3.8 million on Instagram to be specific. Designers including Alexander Wang, Marc Jacobs, and Karl Lagerfeld (who partnered with Gerber on a capsule collection for his namesake label earlier this year), have been supporting the rising star since her first outing.

With the spotlight glaring over head, Gerber is putting things into perspective. "I think these days, everything you do has to be measured with a degree of responsibility," she said in conversation with WWD. "If there are people who view me as a role model, I really hope to be able to create positive images and messages that inspire others to feel confident about the way they look, to look after themselves and basically be kind to themselves."