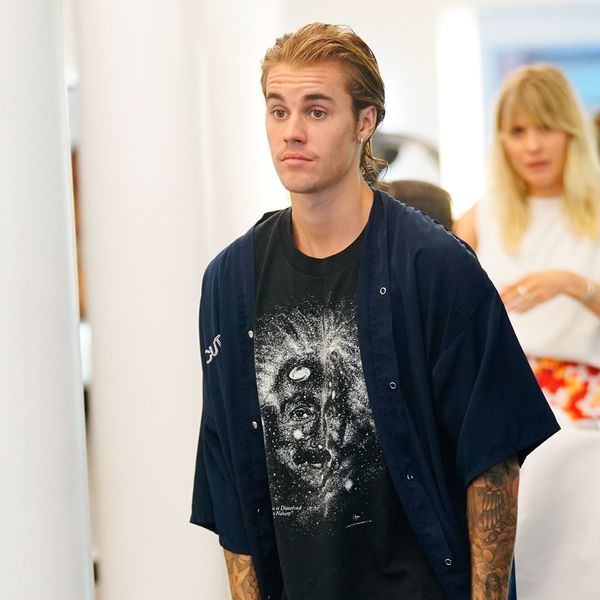 Do you ever get very bored and challenge large celebrities to fight you? Justin Bieber does.

The 25-year-old baffled the internet earlier this week when he tweeted at 56-year-old Tom Cruise, essentially, calling him a weenie if he declined to fight Bieber in a mixed marshal art duel. He even asked UFC President Dana White to help set up the match. After an encounter with the paparazzi, we've learned that the curious communiqué was simply a way of breaking up the deep monotony of being impossibly wealthy and famous.

I wanna challenge Tom Cruise to fight in the octagon. Tom if you dont take this fight your scared and you will neve… https://t.co/KsGJQ003Mh
— Justin Bieber (@Justin Bieber)1560126855.0

Page Six reports that Bieber, when questioned by paps about his threat to Cruise outside Hailey Baldwin's LA store, said he was "just playin." The story is that Bieber had just watched an interview with Cruise: "he was just on my mind, I don't know why... It was just a random tweet. I do that stuff sometimes." Ah yes, a normal and understandable response to having someone "on your mind."

He also shared that he's pretty sure Cruise, notably strong person, with years of fictional hand-to-hand combat behind him and a father of three, would win. "I think he would probably whoop my ass in a fight," he said. "He's got that dad strength."

If you're bummed it isn't real, and you'd like to see Cruise gingerly knock around the yellow pony-tailed, angel-voiced newlywed, a dutiful Belieber put together some fan fiction.