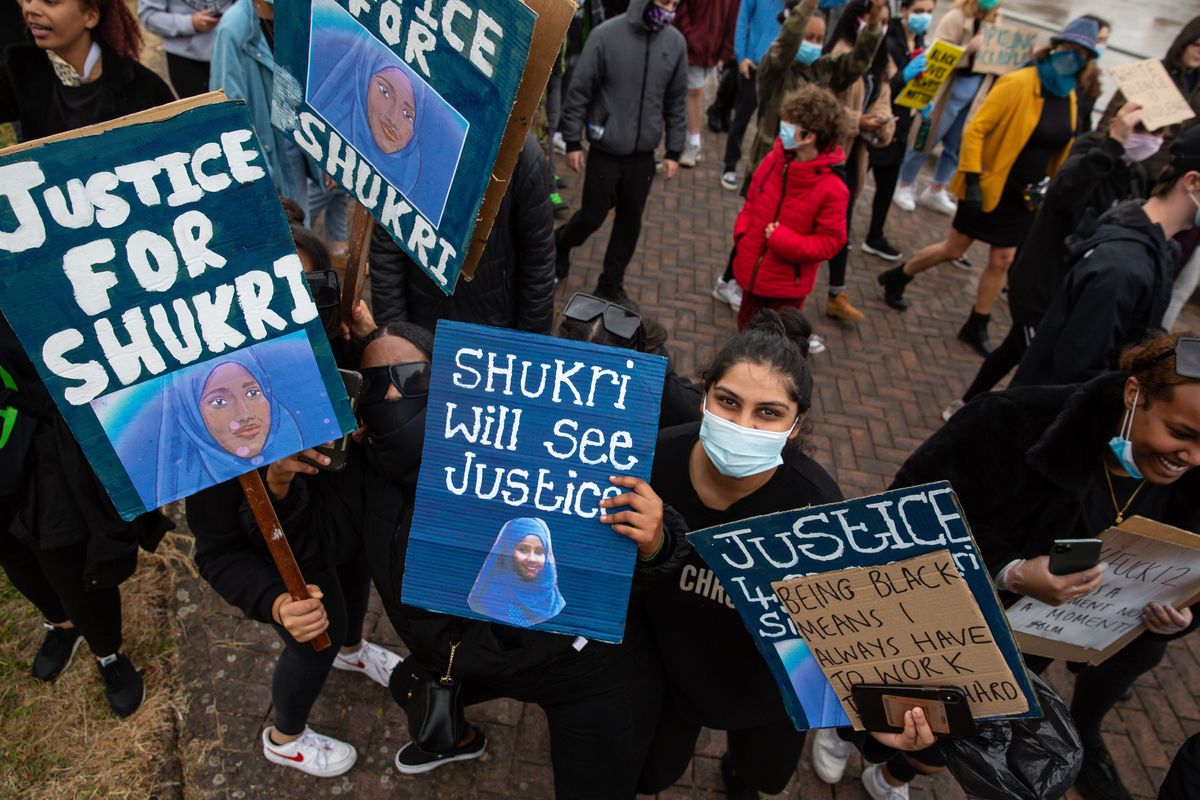 In June of 2019, a 12-year-old Somali schoolgirl's body was found lifeless in a UK river. Now, one year later, people are demanding the justice that was never served.

With the Black Lives Matter movement calling for renewed attention to unsolved Black murders, Shukri Abdi's case has been brought to the forefront.

Despite allegations of racist bullying by her schoolmates, the case was deemed a "tragic incident" last year with the Greater Manchester police ruling out any suspicious circumstances. Abdi was found in Manchester's River Irwell, where she had been with a group of her classmates immediately before she died.

A child who supposedly tried to save Abdi's life said that another classmate forced her to get in the water and "laughed for two minutes while she died." Her body was also found with bite and scratch marks upon recovery.

Black Lives Matter activists and celebrities, including Star Wars' John Boyega, have helped circulate a petition that has over 826,000 signatures at the time of this article's publication.

Another petition for Abdi is demanding that authorities "independently investigate both the Local Education Authority of Bury, and Lancashire and Broad Oak Sports College (now Hazel Wood High School) for potential negligence and a potential breach of duty of care towards pupils in light of accusations of failure to address incidents of bullying."

The hashtag #JusticeForShukriAbdi has seen increased momentum on Twitter and an inquest was opened to further investigate Abdi's death, but was adjourned on February 28. Greater Manchester's mayor, Andy Burnahm, said he wants to investigate the day of Abdi's death, but also the months leading up to the fateful incident, to look at the actions of the suspects involved.

Abdi's family is on-board with reopening the case, noting that playing by the river was out of character for their daughter. Abdi's uncle, Mustaf Omar, is quoted on the petition's website saying "She couldn't swim so she wouldn't even go near the edge. Everything about it is out of character for her." Her family also said she was bullied at school for more than a year, and accused the authorities of failing to listen to their concerns in the past.

"I am very grateful to the whole world for all the support for my beautiful daughter Shukri," she said. "Please keep my family in your prayers and please continue to fight for justice for my daughter."