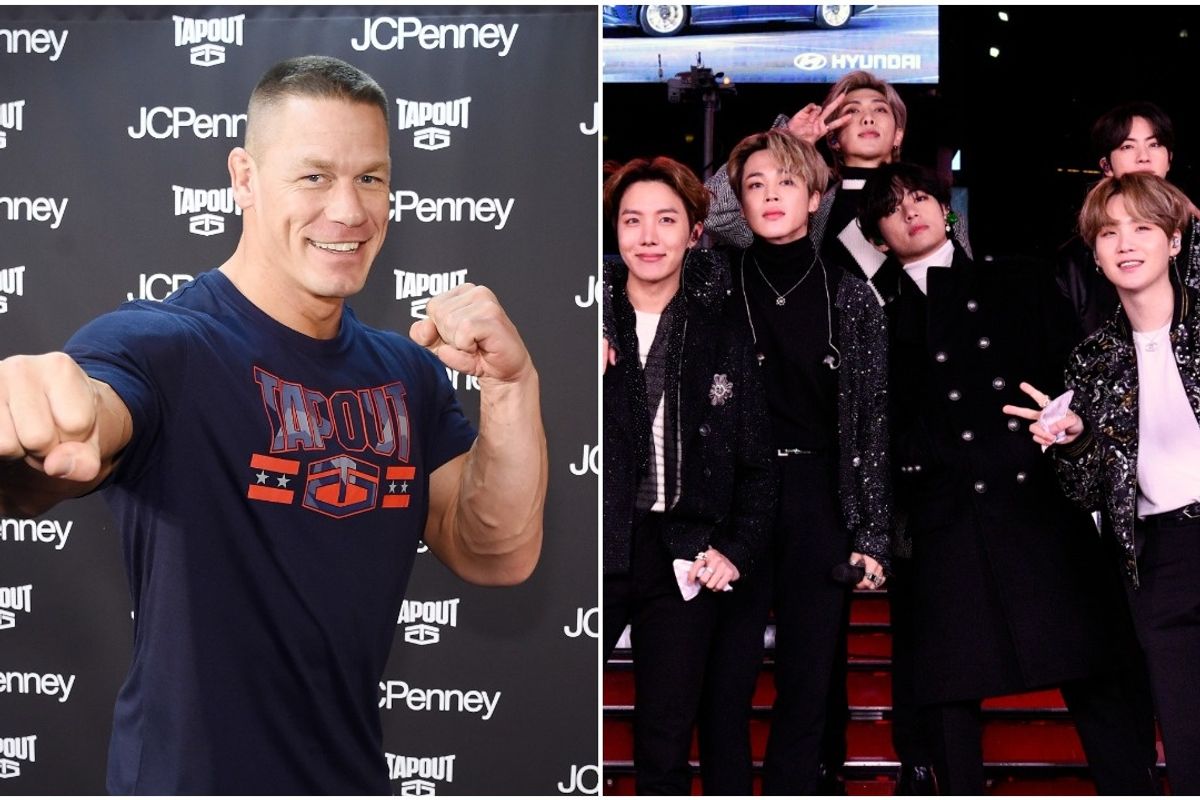 On Tuesday night, the actor and WWE star appeared on The Tonight Show Starring Jimmy Fallon for the show's first socially distanced in-studio interview since the start of the pandemic. And while they began by bro-ing out over things like crushing beer cans and sad country songs, it didn't take long for the conversation to turn toward Cena's love of the K-pop sensations (who also just so happen to be doing a week-long virtual residency on Fallon).

Related | John Cena is a K-Pop Stan, and We're Into It

And while Cena has been ARMY for some time now, in this latest interview, he delved deeper into why exactly he admires them so much.

"I love what this band has done," he said, before explaining that while he initially was impressed by their rapping abilities, he eventually became inspired by "what the music stood for."

"They advocate self-love, they advocate, 'Don't be afraid of failure,' they advocate that you are enough. They kind of are trying to shatter all the stereotypical difficulties and uncomfortable situations that we go through," Cena continued to gush. "And they are catering to an audience that is living that: young people."

Cena then went on to praise the group for donating $1 million to Black Lives Matter and subsequently galvanizing their global fanbase to do the same — calling it an "impressive" feat.

"That's work and that's purpose. And that's fucking changing the world," he said. "How they conduct themselves as human beings and the message they send to the world? Man, that's something special" — and, honestly, facts.

Watch Cena talk about BTS, below.