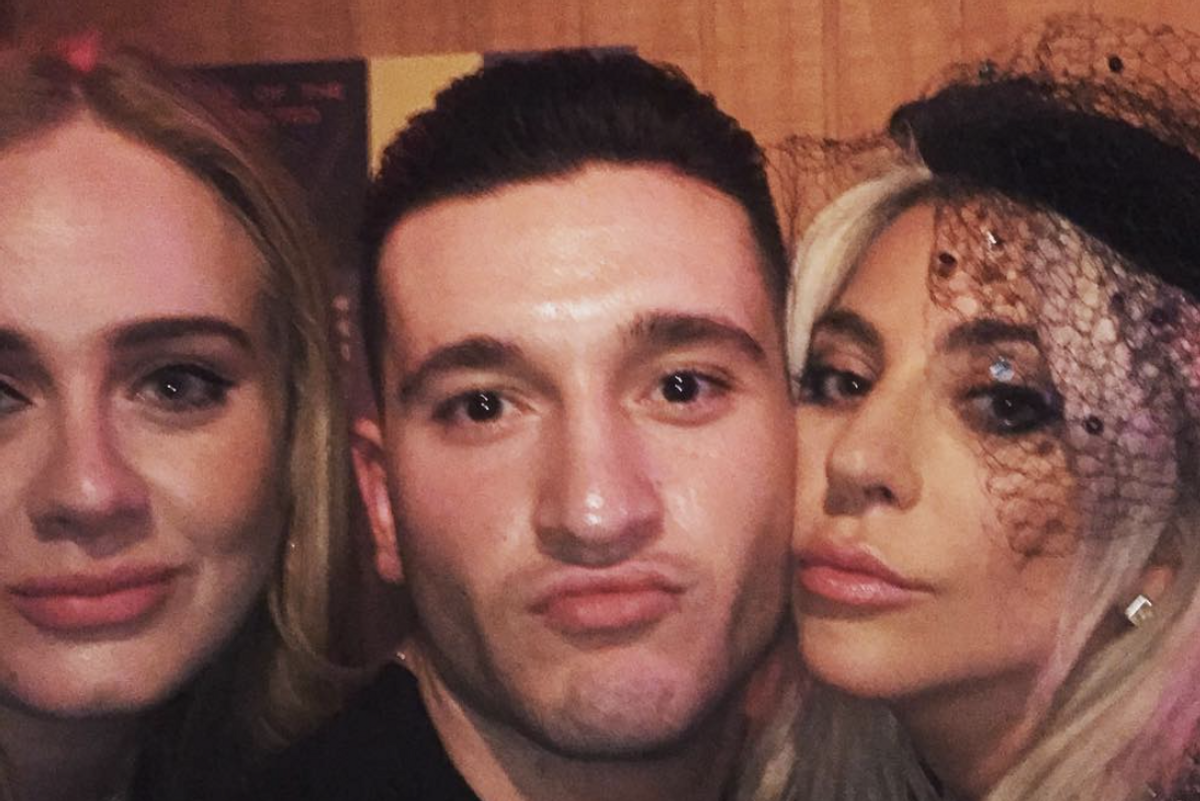 If you're anything like us, by now you've probably binged the entirety of Netflix's new reality show, The Circle, and fully fallen in love with the oddly endearing "Broey" Joey Sasso. After all, in between his Jersey Shore-esque antics and the loving way he approaches his bromances, it's hard not to be charmed by the guy — and it turns out Lady Gaga is no exception.

For a brief refresher, earlier in the season, Joey uploaded a photo of himself with Gaga and Adele — sans any actual context. Following his big win though, he finally told the story behind the celebrity selfie to Vulture and, boy, is it incredible.

It all apparently began last year while he was working at the LA bar Mark Ronson decided to host his Grammys afterparty at. "And my boss told me and all the employees, 'Under no circumstances are you allowed to leave the bar or take selfies or anything,'" Joey said — though he, obviously, opted to do the complete opposite.

With @adele and @ladygaga for @iammarkronson 2019 Grammy Afterparty. Two complete sweethearts, can’t say enough good things about them both. Truly a fantastic night.

Ever the flirt, Joey said that while serving Gaga, he decided to chat her up — "'cause she's Italian from New Jersey."

"So I leave the bar, walk up to Gaga, whisper in her ear... and I go, 'Stefani, do I really have to call you Gaga or not? Or can I call you Stefani?'" Joey explained. "She calls me 'Sassy Sasso,' and she takes my chin, and she's like, 'All these MFers gotta call me Gaga. You can call me Stefani.'"

Joey Sasso from #TheCircle, talks about the time he met Lady Gaga and Adele at the #Grammys afterparty in 2019! pic.twitter.com/3yOtHHuSst

That said, according to him, things continued to heat up as they took the selfie with Adele — so much so that Joey (in typical Joey fashion) decided to take things a step further by asking her out.

"I actually told [Gaga], 'I know you're engaged, but if anything should ever change, I promise you, I can take you on the best date that you've ever been on to a place no one would ever take you,'" he said. "She goes, 'Oh yeah, Sassy? Where's that?' I said, 'The McDonald's on Riverside is fantastic. Their chicken nuggets are out of this world. We'd have a great time.'"

And though Joey didn't reveal whether or not Gaga ever took him up on his offer, maybe now that he's a bonafide celeb himself there's hope? Either way, only time will tell but, in the meantime, read the rest of his interview, here.