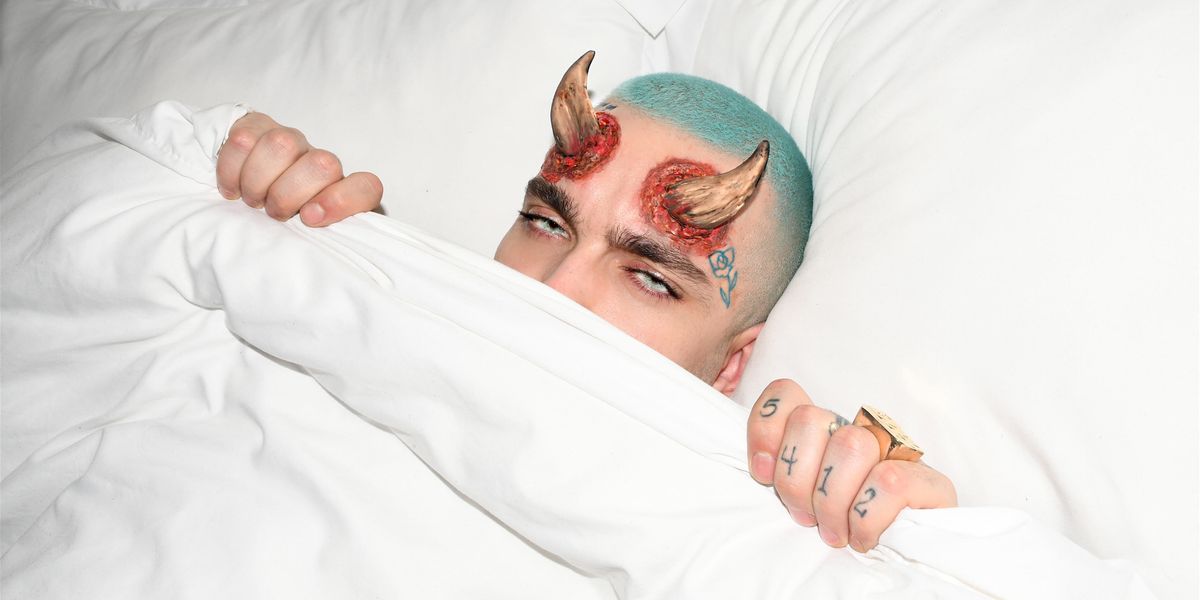 Joey LaBeija Is Poised to Become the Puerto Rican Robyn

It's been a long and trying year for beloved New York DJ and musician Joey LaBeija, but it appears his pain is not in vain. The queer artist's fullest collection of work since his 2016 and 2017 EPs Shattered Dreams and Violator is out June 13, and it is a nine-song dancefloor catharsis inspired by a messy, emotionally volatile breakup.

LaBeija's new album is fittingly called Tears In My Hennessy, and with it comes a new, left-of-center pop persona. The project heralds his turn as a full-on vocalist. Our first taste of his new direction came with "Adoption" back in March — a pussy-popping traphouse banger that is pretty much the queer "Thank U, Next." That song isn't on TIMH, but today, we get "Simulated Love."

"Simulated Love" opens with tinny, progressive airhorns that give way to a lockstep trap beat recalling the tightly choreographed pop of Janet Jackson. LaBeija's voice, distorted and pitch-shifted amid the fray, pleas for mutual love: "Do you wanna stand beside me?/ What do your intentions hold?/ Look directly in my eye/ The truth is worth its weight in gold."

It grows menacing as the melodic instrumental drops out and his vocal robotrips over and over: "Why do you wanna play with my emotions?" Emooo-tions is elongated, like the period of time LaBeija spent in romantic limbo when this was made.

"Simulated Love," along with the rest of TIMH, was something LaBeija, a perfectionist self-producer, spent months listening to, almost to the point of breaking. "I would make it a seven-minute stem and go outside and listen to it in the studio parking lot, pace back and forth, smoke mad weed, and by the time I was done smoking, I'd have a song," he says. "I was really stressed out at the time, so to sit back and reflect on writing this now is a trip. I was sad but at the same time, I knew making dance music was a powerful way to get through all that I was going through."

Making matters more complicated, LaBeija was also living out of his recording studio with his ex, who he knew was seeing someone else. "I was making this music as a way to let him know that I knew," he says.

The new album also marks a newfound independence for LaBeija, who is releasing it on his own label, called Coming For Blood Recordings. "It's been such an arduous process to get this thing out from publicists to labels, and I was like, I have to do this myself," he says. "I'm super proud of what I've done and it's sort of like a fuck you to those who didn't see the vision. It's gonna be great and I want to keep my control, and my freedom. I'm so ready for it to be out so I can play it live and be the Puerto Rican Robyn."

Tears In My Hennessy tracklist: