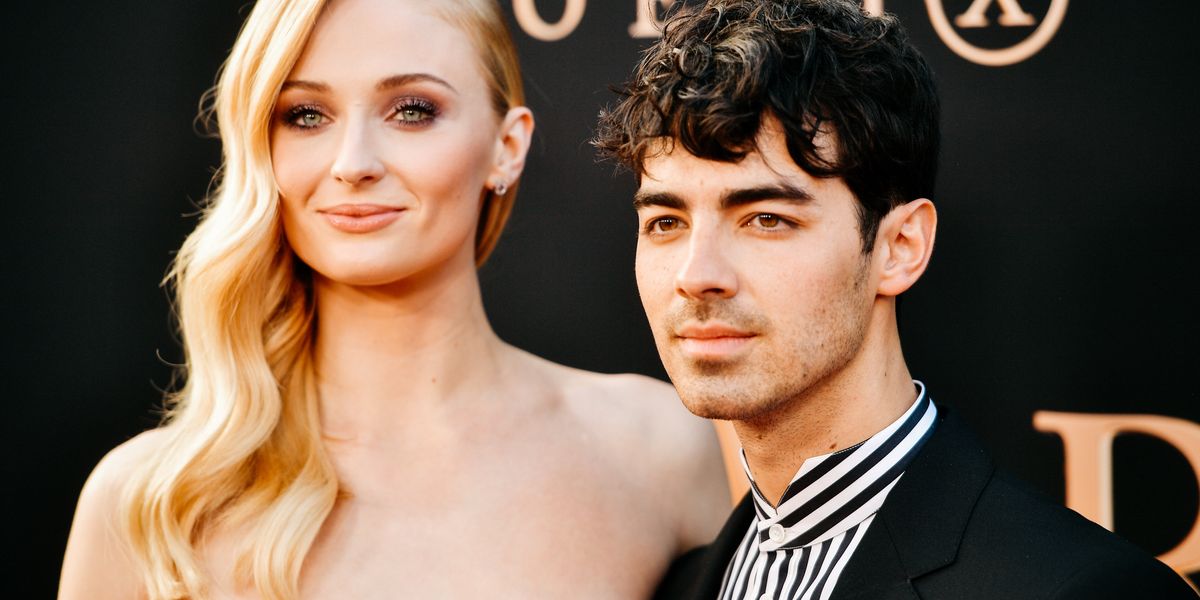 Sophie Turner and Joe Jonas Get Married in France

Joe Jonas and Sophie Turner just tied the knot, again! The two have been in France for the past week for their more official and formal chateau wedding, and though they've been quite secretive about the whole thing, photos have been posted on Twitter to give fans a little preview of the ceremony

​Entertainment Tonight​ has posted pics with the hashtag #TurnerIntoAJonas, and you can see Joe by the altar, wearing head-to-toe black. His groomsmen are also all present beside him, including his and Sophie's dog Porky Basquiat — and, yes, the adorable pup is also wearing a tux.

No official wedding pics have been posted, we already get a sneak peek into the photoshoots. A photo of the Jonases and the Turners was taken, sans Sophie, and it looks like the theme color for the nuptials is pink as Priyanka Chopra, Mama Jonas, and Mama Turner were all photographed wearing pink ensembles. Priyanka was also seen having her own fabulous little moment with the photographer.

Meanwhile, some fans also claim to see Kevin Jonas, and his wife Danielle, crying during the ceremony. And though Sophie isn’t in most of the paparazzi photos, an overhead shot shows her wearing a traditional sleeved white gown with an embroidered veil.

​Congratulations to the happy couple!