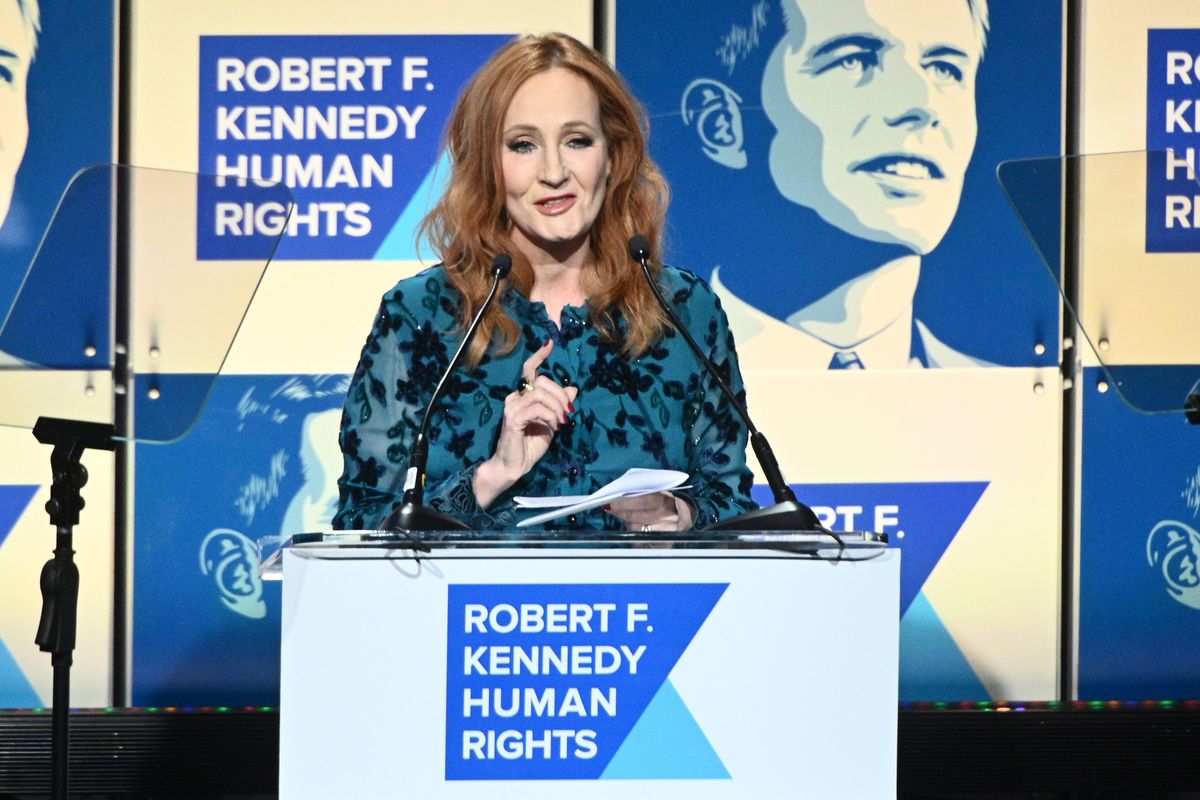 In the latest development in the J.K. Rowling transphobia criticism drama, the author has decided to return an award she received from the Robert F. Kennedy Human Rights organization.

Rowling received the Ripple of Hope award back in December, but earlier this month the organization's president Kerry Kennedy expressed that she doesn't approve of the author's views on trans people. In an early August statement, Kennedy called Rowling's comments on social media "deeply troubling [and] transphobic."

"I have spoken with J.K. Rowling to express my profound disappointment that she has chosen to use her remarkable gifts to create a narrative that diminishes the identity of trans and nonbinary people, undermining the validity and integrity of the entire transgender community," Kennedy wrote. "One that disproportionately suffers from violence, discrimination, harassment, and exclusion and, as a result, experiences high rates of suicide, suicide attempts, homelessness, and mental and bodily harm. Black trans women and trans youth in particular are targeted."

She continued, "From her own words, I take Rowling's position to be that the sex one is assigned at birth is the primary and determinative factor of one's gender, regardless of one's gender identity - a position that I categorically reject."

Rowling responded with her own statement, arguing that the "radical trans rights movement" conflicts with the fight for women's rights. She claims to support the LGBTQ community, but also says, "I feel nothing but sympathy towards those with gender dysphoria, and agree with the clinicians and therapists who've got in touch who want to see a proper exploration of the factors that lead to it. They — along with a growing number of other experts and whistleblowers — are critical of the 'affirmative' model being widely adopted, and are also concerned about the huge rise in the numbers of girls wanting to transition."

She added, "I am deeply saddened that RFKHR [Robert F. Kennedy Human Rights] has felt compelled to adopt this stance, but no award or honour, no matter my admiration for the person for whom it was named, means so much to me that I would forfeit the right to follow the dictates of my own conscience."