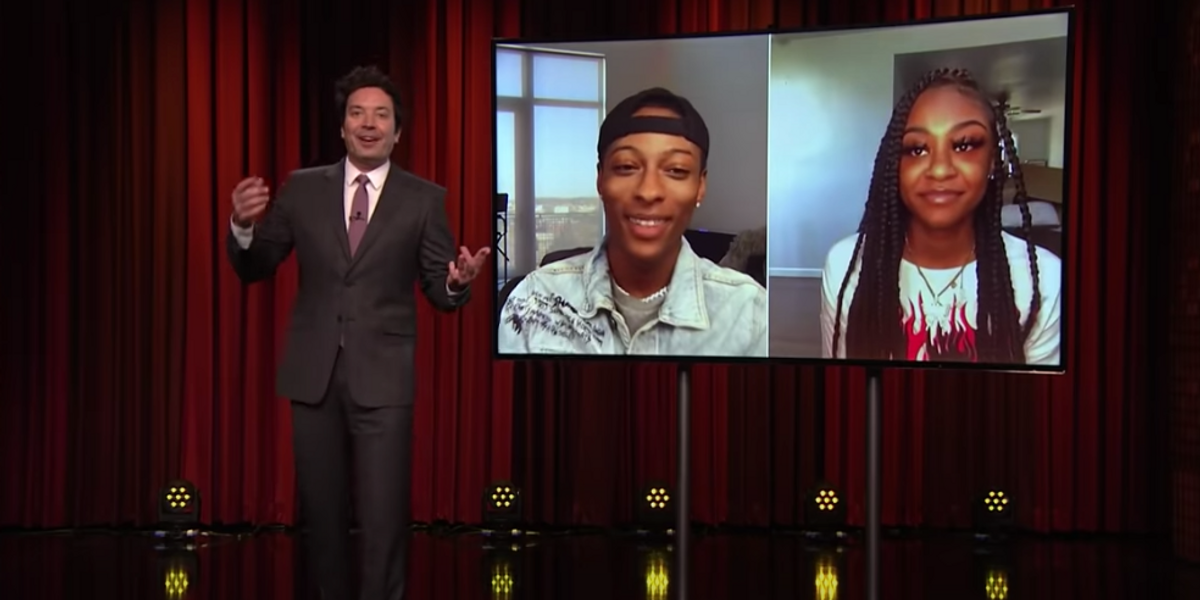 Jimmy Fallon dedicated an entire segment to the original creators of viral TikTok dances after failing to properly credit them in a previous episode.

Across the internet, the move reignited discourse regarding white influencers' ongoing appropriation of viral work predominantly made by Black creatives. And though Rae initially responded to the criticism by telling TMZ that the original creators "definitely deserve all the credit because they came up with these amazing trends," Fallon has broken his silence by directly addressing the issue in a segment about the controversy itself.

"On our last show before break, we did a bit with Addison Rae, where she taught me eight viral TikTok dances," Fallon began. "Now we recognize the creators of those dances deserve to have their own spotlight, so right now, some of the creators will join me to talk about how their dance went viral, and then perform the dance themselves."

The late night host then went on to bring the creators of five dances, including "Up" creators Mya Nicole Johnson and Chris Cotter, "Savage Challenge" mastermind Keara Wilson, "Corvette Corvette" dancer Dorien Scott, and "Laffy Taffy" remixer Fly Boy Fu alongside choreographer Indii. And the segment is definitely worth a watch.

Check out the clip for yourself, below.