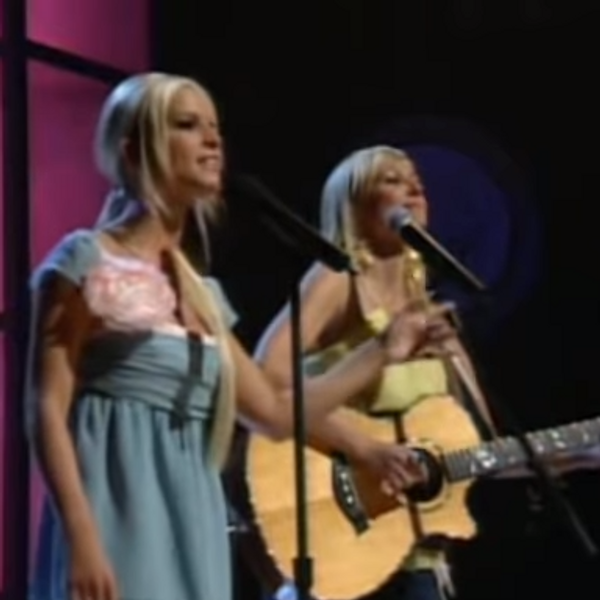 This Video of Jewel and Jessica Simpson Will Save Your Soul

The year was 2004. Country folk artist Jewel had just made the unsmooth transition to bubblegum pop with her critically maligned album 0304, which she described as an upbeat response to the Iraq War. Someone at ABC thought it was a smart idea to give Jessica Simpson and Nick Lachey a one-hour primetime TV special, featuring comedy sketches and a guest appearance by Mr. T. These two chaotic forces converged into a live duet of "Who Will Save Your Soul," delivered with a whole lot of feeling by Jewel and Jessica. 15 years later, footage of the performance is circulating on Twitter, courtesy of BuzzFeed's Matt Stopera.

There is much to take note of here, obviously. The babydoll tops and bootcut jeans, coupled with Ivanka Trump-style iced blonde highlights and experimental bangs. The fact Jewel and Simpson hold one note for approximately half an hour, beginning from the 1:15 mark. The squeaking noises Jewel keeps making. Most of all, the puzzling contrast between Simpson's surprisingly on-point vocals and her confused, overcooked stage presence.

Looking back from the vantage point of 2019, we can see that there are bigger cultural elements at play, for sure. The hayseeds of the yeehaw movement are being sown before our eyes — is it too much to say that Jewel and Jessica walked so Kacey Musgraves could run? And we're also witnessing the unlikely genesis of Jessica Simpson, chart-topping pop star — in 2013, she actually pinpointed this duet as the exact moment her post-reality TV music career "exploded." Her album In This Skin, containing singles "With You" and "Sweetest Sin," would sell more than three million copies by 2004's end.

Oddly, "Who Will Save Your Soul" — Jewel's breakout hit from 1995 — begins with the lyrics "People living their lives for you on TV/They say they're better than you and you agree." That's accurate here. I personally can't compete with the ambitious nature of this performance, and like Stopera will continue to contemplate it on a daily basis for the rest of my life.