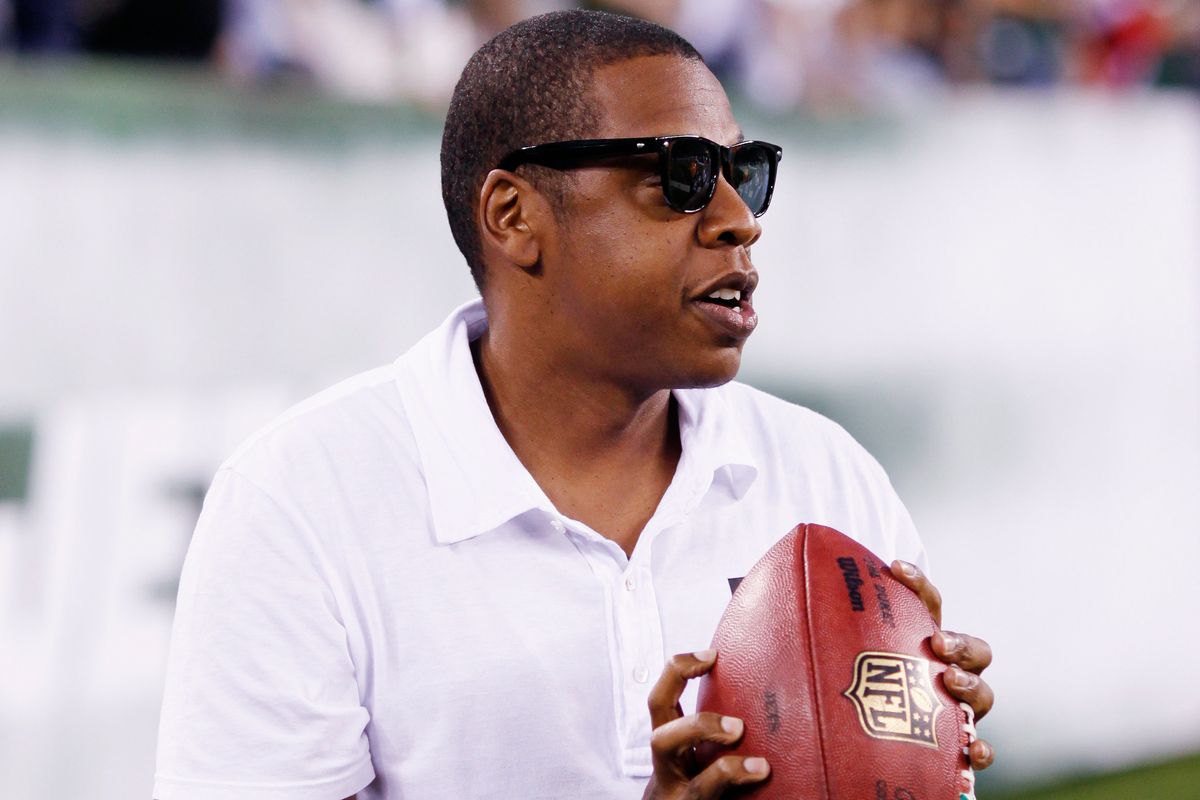 Jay-Z Is Partnering With the NFL and People Are Mad

Jay-Z is getting into all sorts of new business lately. First camping, now the NFL. It was announced yesterday that Jay-Z has struck a deal with the NFL, essentially as the face of their newly launched social justice initiative Inspire Change, and as a consultant for their entertainment program, including the Super Bowl half time show.

The announcement has been controversial, due to the NFL's reputation among the Black community and the social justice world after it blacklisted Colin Kaepernick for kneeling during the national anthem in protest of police brutality. And due to Jay-Z's reputation among, um, racists.

Prominent racial justice advocates, including Eric Reid, a player for the Carolina Panthers who knelt with Kaepernick, and organizer Shaun King are criticizing Jay-Z's decision online.

You & some others seem to misunderstand that we had no beef with the NFL until they started perpetuating the system… https://t.co/Om4UIbo8ML
— Eric Reid (@Eric Reid)1565751283.0

I really need some time to think about this Jay Z/NFL thing. I need all the details tomorrow, then time to process… https://t.co/MXikYSHKI5
— Carron J. Phillips (@Carron J. Phillips)1565719662.0

Jay-Z was previously a vocal supporter of Kaepernick, calling him an "iconic figure" in a 2018 interview with CNN's Van Jones and dedicating "The Story of O.J." to the player at festival performances in 2017. He wore a custom Kaepernick jersey to his 2017 Saturday Night Live performance. The Black Lives Matter movement has condemned the NFL's decision to fine teams with players who kneel for the national anthem. Jay's friends Rihanna and Cardi B both openly turned down the Super Bowl half time show in solidarity with the athlete. Jay-Z, along with Meek Mill, also reportedly attempted to convince Travis Scott to back out of his 2018 half time performance with Maroon 5.

According to an interview he gave to the Wall Street Journal, Jay-Z "feels comfortable becoming a leading voice for Inspire Change because of the league's ability to reach so many different people. He is getting involved even though he may not agree with the politics of some of his new business partners—NFL team owners."

"I'm Black. That's my world," Jay-Z told WSJ, saying that if he didn't do business with people he politically disagreed with, "then I couldn't have any TV shows. I couldn't put my platform on TV because I'm sure someone who owns the broadcast network has supported someone who I don't believe should be in office....I can't control, no one can control the world that we live in currently and people's choice to vote self interests," he added, referring to "very, very rich people."

"The NFL has a great big platform, and it has to be all-inclusive," Jay-Z added. "They were willing to do some things, to make some changes, that we can do some good."

He's made clear he still supports Kaepernick, but feels his expression should be taken off the field: "He absolutely brought this conversation alive," Jay-Z said. "We like to think that the way we build the Inspire Change platform, that if anything close to that would happen in the future, then Kaepernick would have a platform where he can express himself and maybe it doesn't have to take place on the field."

Reporters tweeting from a press briefing about the deal with NFL and Roc Nation, noted that Jay-Z said: "I think we're past kneeling."

On the other side of the aisle, conservatives like Tomi Lahren — known for getting into public spats with progressive celebrities including Cardi B — are now coming for the NFL for working with Jay-Z.

Jay-Z will be consulting with the NFL for the Super Bowl halftime show and other performances because apparently th… https://t.co/QbgAsig23N
— Tomi Lahren (@Tomi Lahren)1565729954.0

Others are genuinely excited about the changes Jay-Z could bring to the NFL, including the promise that we'll never again have to sit through a Coldplay halftime show, which is what we know this deal is really all about, anyway.