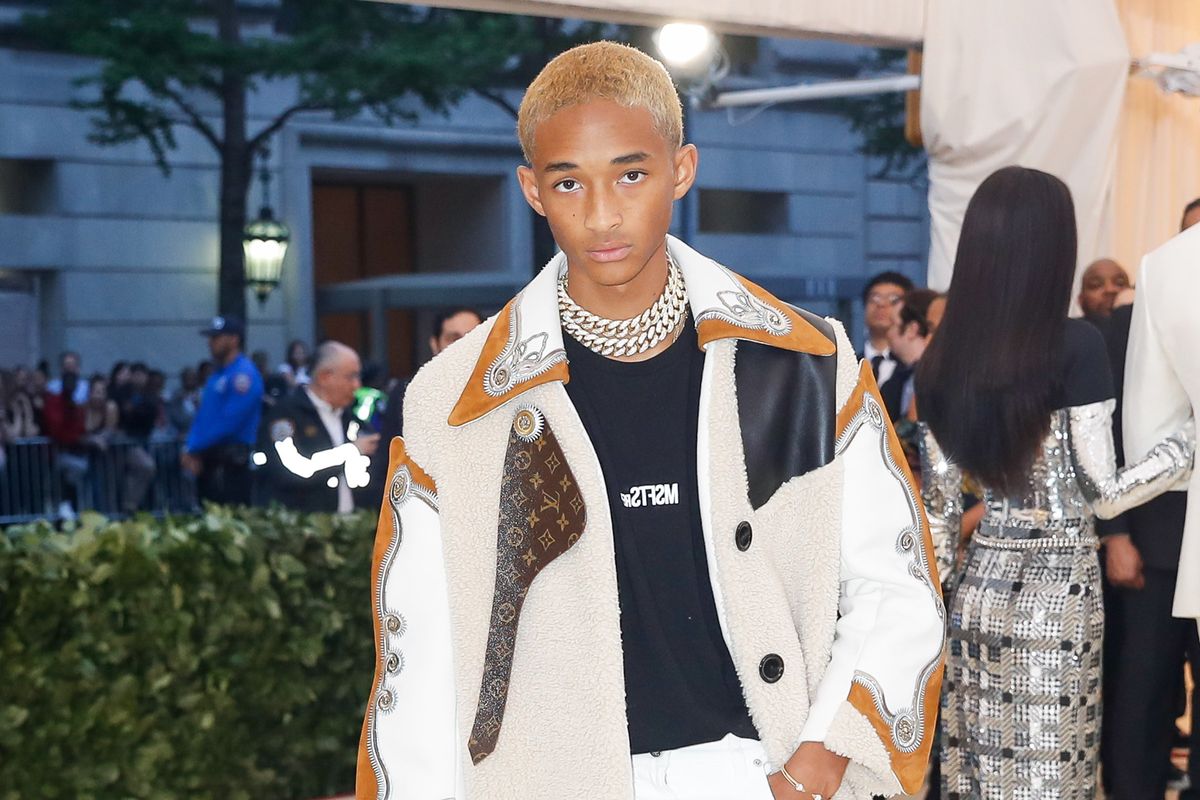 Jaden Smith is a lot of things: an environmentalist, a philosopher, a musician, and, always, an iconic Met Gala guest. He first attended the event in 2016 with his sister, fellow musician Willow Smith. Last year, he brought his own dreadlocks to the event. This year the 19-year-old celebrity outdid himself, ingeniously using the event as an opportunity to promote his own music.

His outfit, a beige Louis Vuitton trench coat, white jeans, sneakers, and a t-shirt from his brand, MSFTS, didn't overtly adhere to this year's theme, Heavenly Bodies. Still, Jaden captured everyone's attention because of his choice of accessories. He brought a plaque indicating the gold status of his hit song "Icon" to the red carpet and posed with it throughout the night.

The track, which was featured on Jaden's 2017 album SYRE, has over 60 million streams on Spotify. Icon is right!

Watch the lush rose-tinted video for "Icon," below: