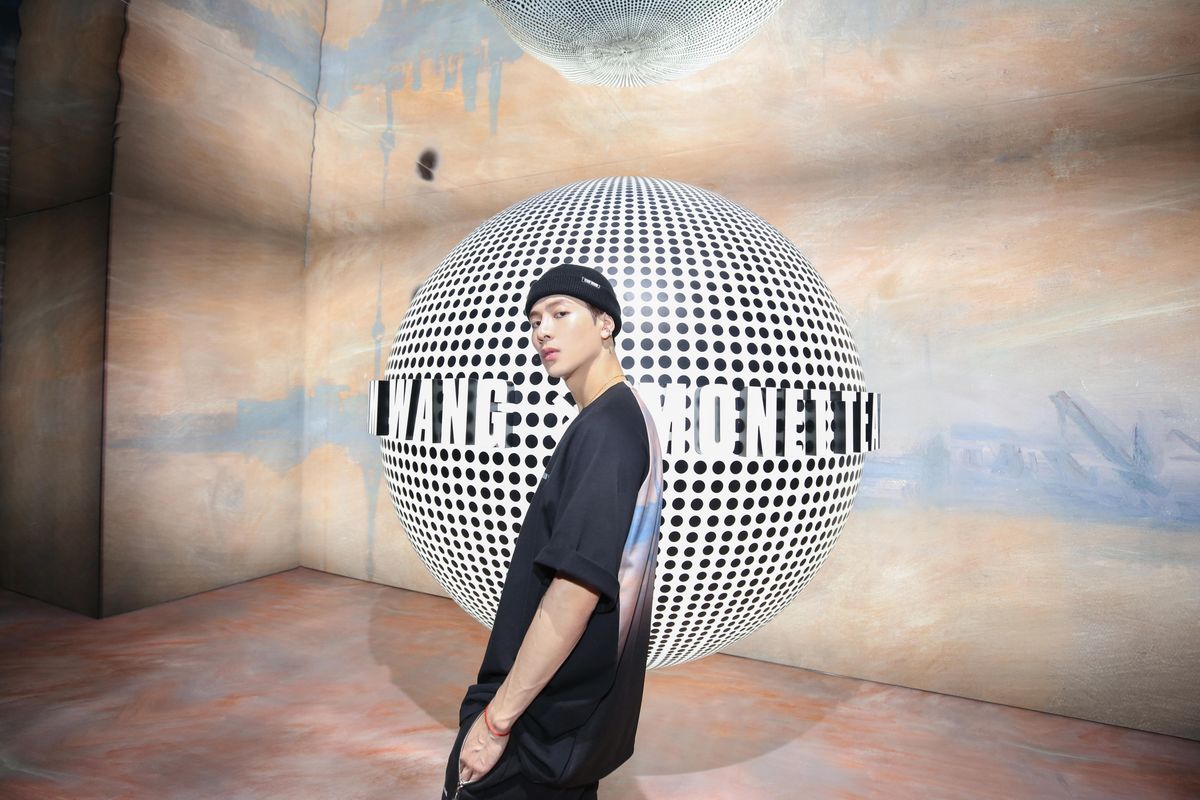 Jackson Wang on His Most Historic Collab Yet

Jackson Wang's crossover into fashion from music has been nothing short of skyrocketing. This year alone, he's served as the face of Cartier, Ray-Ban and Armani while scoring covers for Harper's Bazaar China, Elle Singapore and L'Officiel USA. He also found time to release two successful solo singles and an entire album with Got7, the South Korean boy band that brought him international fame.

Wang, who found time to chat with PAPER in the middle of his Korean tour, recently launched a collaboration with the famed artist Claude Monet and his estate via Team Wang, his newly launched streetwear brand that took three years to develop. (He's previously teamed up with Fendi, Adidas and StockX.) The company says this is the first brand to ever collaborate with Monet and his works.

"When we had chance to discuss this project, we got very drawn to Claude Monet's background and story," he says. "Monet being the first to ever introduce abstract and impressionist. It inspired me even more to "know yourself and make your own history" which is the core DNA message from Team Wang."

For Team Wang's Monet capsule, Wang chose the artist's early painting Impression, Sunrise as a focal point to merge the worlds of art and fashion. In the collection — composed of a black track jacket, T-shirt and vest printed with Impression on the back — the original piece's Port of Le Havre is replaced with Shanghai's waterfront district The Bund, with the Eiffel Tower reflected in the water. It also features a central infinity symbol that replicates the image's rising sun.

"The rising sun becomes the DNA of Team Wang which represents hope and new possibilities of which we explore and pursue relentlessly," he says. "The glowing sphere at the core position of the overall space is the artistic installation derived for the implication of infinite hope."

Wang's interpretation comes from a desire to pay tribute to Paris and commemorate the painting's first appearance in a Shanghai exhibition which just ended. Team Wang partnered with the Bund One Art Museum to create an immersive Impression, Sunrise-covered space where visitors could purchase the collection, as part of its current Monet exhibit with the Musée Marmottan Monet.

More collaborations, or "Sparkles," are also on the horizon, which Wang promises will be just as surprising as his previous projects. "But as sparkles are, you never know what to expect," he says. "When the time comes it will pop out and be like fireworks."