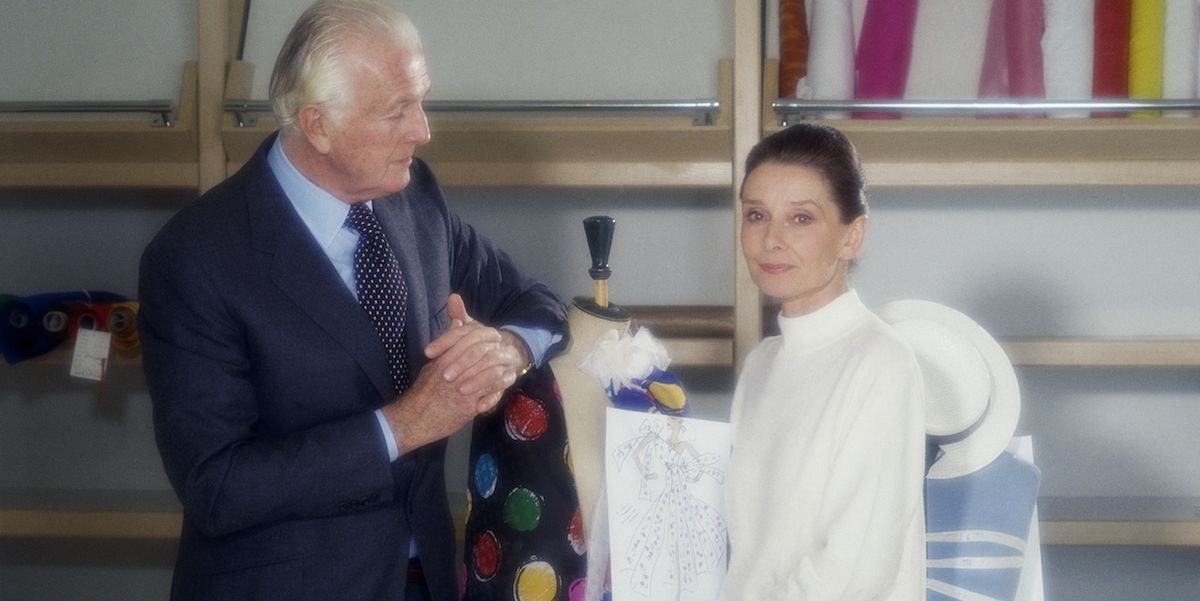 His partner, former haute couture designer Philippe Venet, confirmed the news to the AFP agency. "It is with huge sadness that we inform you that Hubert Taffin de Givenchy has died," he said.

The House of Givenchy is sad to report the passing of its founder Hubert de Givenchy, a major personality of the world of French Haute Couture and a gentleman who symbolized Parisian chic and elegance for more than half a century. He will be greatly missed. pic.twitter.com/xapm0zSwDy
— GIVENCHY (@givenchy) March 12, 2018

Givenchy was known for his designs that tapped into a romantic elegance perhaps best embodied by the little black dress Audrey Hepburn wore in the opening scene of Breakfast at Tiffany's.

"It was...an enormous help to know that I looked the part... Then the rest wasn't so tough anymore. Givenchy's lovely simple clothes [gave me] the feeling of being whoever I played," Hepburn previously said of the designer. Inspired by his muse, Givenchy designed the suits and wool dresses Hepburn wore in 1957's Funny Face an 1966's How to Steal a Million.

Givenchy with Hepburn in his Parisian workshopGetty Images

He started his own fashion house in 1952, which was then purchased by LVMH luxury group in 1988. (Givenchy remained the head of creative design for seven years). British designer Clare Waight Keller took over at the label in 2017.

"Hubert de Givenchy was a symbol of Parisian elegance for more than half a century," his label said on Monday. Givenchy's enduring legacy and popularity has been undeniable on recent red carpets, with major stars wearing custom designs by the French label (Beyoncé has worn the label no fewer than five times to the Met Gala).

Gal Gadot in Givenchy at the 2018 Oscars

Chadwick Boseman in Givenchy at the 2018 Oscars

Fans of the designer shared their tributes on Twitter:

Hubert de Givenchy, he of the fashion house name, famous for and creator of the "Little black dress" worn by Audrey Hepburn in Breakfast at Tiffany's, has died aged 91 pic.twitter.com/UkBwUNGxmo
— Victoria Uwonkunda (@Msuwonkunda) March 12, 2018

Remembering Givenchy, who from the start "debuted with the idea of haute separates; the idea being that a woman could create her own style rather than slavishly follow fashion dictates" https://t.co/PR5UGPOM9h
— Alessandra T Codinha (@ATCodinha) March 12, 2018

Farewell, Hubert de Givenchy, whose work with Audrey Hepburn defined the relationship between designer and muse, but who was also so much more.
— Vanessa Friedman (@VVFriedman) March 12, 2018

Hubert de Givenchy… what else is there to say? As a kid, he taught me it was okay to be weird
— brian feldman (@bafeldman) March 12, 2018

RIP Hubert de Givenchy. A true cuturier. “The eternal apprentice" as he liked to call himself. He believed in beauty and he left us a more beautiful world. He dressed stars and created fashion icons like Audrey Hepburn. I hope you can now reunite with your teacher Balenciaga. pic.twitter.com/XCPm4JrYN3
— Nina Garcia (@ninagarcia) March 12, 2018