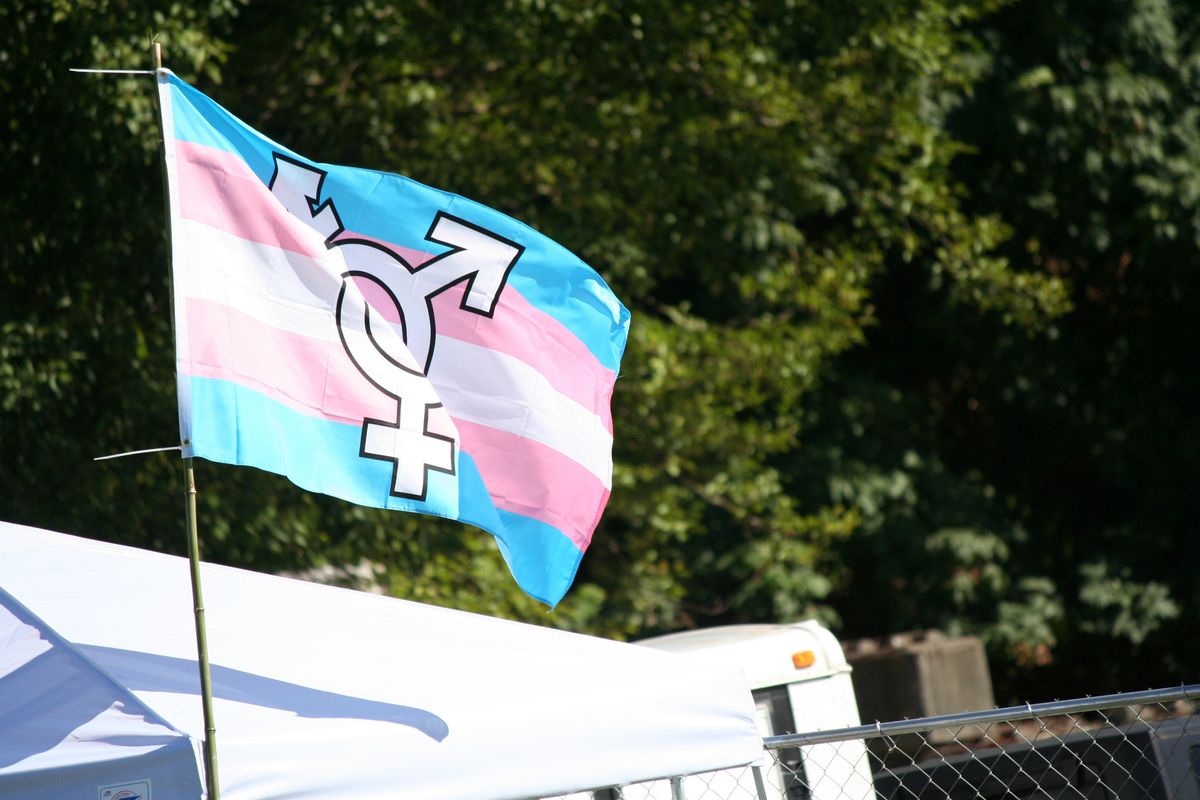 Here's How to Help Trans and Non-Binary People Right Now

According to a blockbuster report in The New York Times yesterday, the Trump administration is looking to severely strip the rights of transgender Americans. A memo from the Department of Health and Human Services outlined plans to limit the definition gender to male and female, to define gender based on genitals, and to restrict people from changing their gender after birth.

"Sex means a person's status as male or female based on immutable biological traits identifiable by or before birth," read the memo. "The sex listed on a person's birth certificate, as originally issued, shall constitute definitive proof of a person's sex unless rebutted by reliable genetic evidence."

The plans in the memo align with the previous attempt by the Trump administration to ban trans people from serving in the military, the rolling back of protections regarding trans healthcare and housing, and their removal of questions regarding gender identity in the 2020 census. According to the Times, the policies set forth in the memo will go before the Justice Department before the end of the year. If approved, nearly two million people will lose the legal recognition of their gender identity, and they'll accordingly lose rights in nearly every arena of public life.

This is all terrifying. And so if you're looking for a way to help, we have a few concrete steps you can take to stand up for trans, non-binary, and gender non-conforming people.

If you're in a position that enables you to vote (unlike countless disenfranchised Native Americans and black people throughout the country), just do it. VOTE. Use the upcoming midterm elections as an opportunity to vote for reps who don't do stuff like this – including the multiple transgender candidates running for office like Amelia Marquez (MO); Brianna Titone (CO); Danielle Skidmore (TX); Christine Halquist (VT); and Lasia Casil (Guam). Check out vote.org for more information on registration and polling sites. Sign up to canvas and volunteer with organizations like Swing Left.

And do what you can to support an upcoming ballot initiative in Massachusetts to protect rights for transgender people; the Massachusetts ballot will include a referendum on a 2016 law protecting trans people from discrimination in public places, and it's imperative that the state votes "yes." You can donate to the Yes on 3 campaign here.

If you can donate and/or volunteer, transgender-focused charities need your support now more than ever. We agree with organizations like Voices4, who assert that we should especially focus on initiatives lead and guided by trans people who know what the community needs in a way cis people can't understand or articulate.

You can also support legal organizations like the Transgender Law Center, Lambda Legal (which also has specialized resources for trans immigrants), and the ACLU. It's easy to check in with them for updates and talking points regarding new federal regulations; they're especially helpful when it comes to public engagement during "notice-and-comment" periods, when citizens can weigh in on new policy.

Here is our take on the NYT article and the administration’s sustained attacks on trans people. We can provide hope… https://t.co/7kb4c0zBkO
— Trans Lifeline (@Trans Lifeline)1540214166.0

As a Voices4 and Lambda Legal list of action items points out, "so much of this kind of systemic discrimination means that trans people, especially those of color, are policed and incarcerated." And thus it's essential to contribute to bailout funds, including National Bail Out, Bronx Freedom Fund, Lorena Borjas Community Fund, Massachusetts Bail Fund, Chicago Community Bond Fund, Tranzmission Prison Project, and the TGI Justice Project.

This article is not written by a trans or non-binary person. But when it comes to extensive work regarding the trans community, it's important to look for work done by trans, NB, and GNC writers. The Voices4 and Lambda Legal action list adds that the New York Times report, written by and quoting cis people, missed a key point on sex and gender: the article states that Obama-era policies "loosened" the concept of gender, a false interpretation of the Obama administration's understanding that the legal definition of sex actually encompassed trans people already.

"By stating the Obama administration 'loosened' the definition of gender, the Times actually plays into the hands of the GOP, who are now clinging to a 'biological' definition of legal sex versus the 'idea' of gender identity," the list reads. "Legal sex includes trans people, and a trans reporter would've caught that."

Are you angry? Organize a protest, a letter-writing campaign, a potluck for your trans/GNC peers, anything to help. It's easy to feel hopeless. But we can all try to reach out and do something.