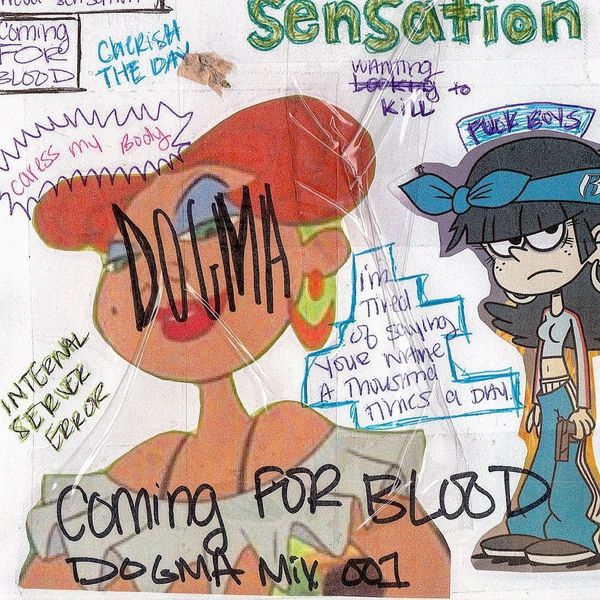 New York DJ/producer Joey LaBeija has spent the past year transforming. In 2018, he closed his semi-regular party Techno Cumbia, launched his debut collection as Dogma, reworked "Better" for Kelela's new remix album, and, most notably, performed as Joey LaBeija for the very last time in Europe.

Now, LaBeija has unveiled his new moniker, Hood Sensation, through a 30-minute mix released with Dogma. Titled Coming for Blood, the mix is a lineup of original tracks and remixed favorites, all pulled from more than 150 demos made throughout 2018 in an effort to find his new sound.

Much like the title suggests, Hood Sensation's attitude is forward and aggressive, inspired by betrayal, ex lovers, and the importance of putting yourself first. The screaming samples underline this fury ("Are you still texting bitches?"), as do the remixes: Hood Sensation's take on "Faceshopping" by SOPHIE, for example, sounds like an apocalyptic war, with its machine-like synths and ear-busting intensity. (Coming for Blood also samples Naomi Campbell, which is an ever-iconic choice).

Hood Sensation, according to LaBeija, will release an entirely new album in 2019, complete with several collaborations and tracks that echo the producer's range of emotions, from anger to sadness — "a sensitive thug crying from the bowels of hell," as he describes. On some "slow, sad songs," he sings melodically, airing everything out for his fans in a way that's vulnerable yet venerable.

In the wake of heartbreak, however, Hood Sensation isn't letting the pain overshadow his power — and that's heard loud and clear on Coming for Blood. From start to finish, it's all verrry this: