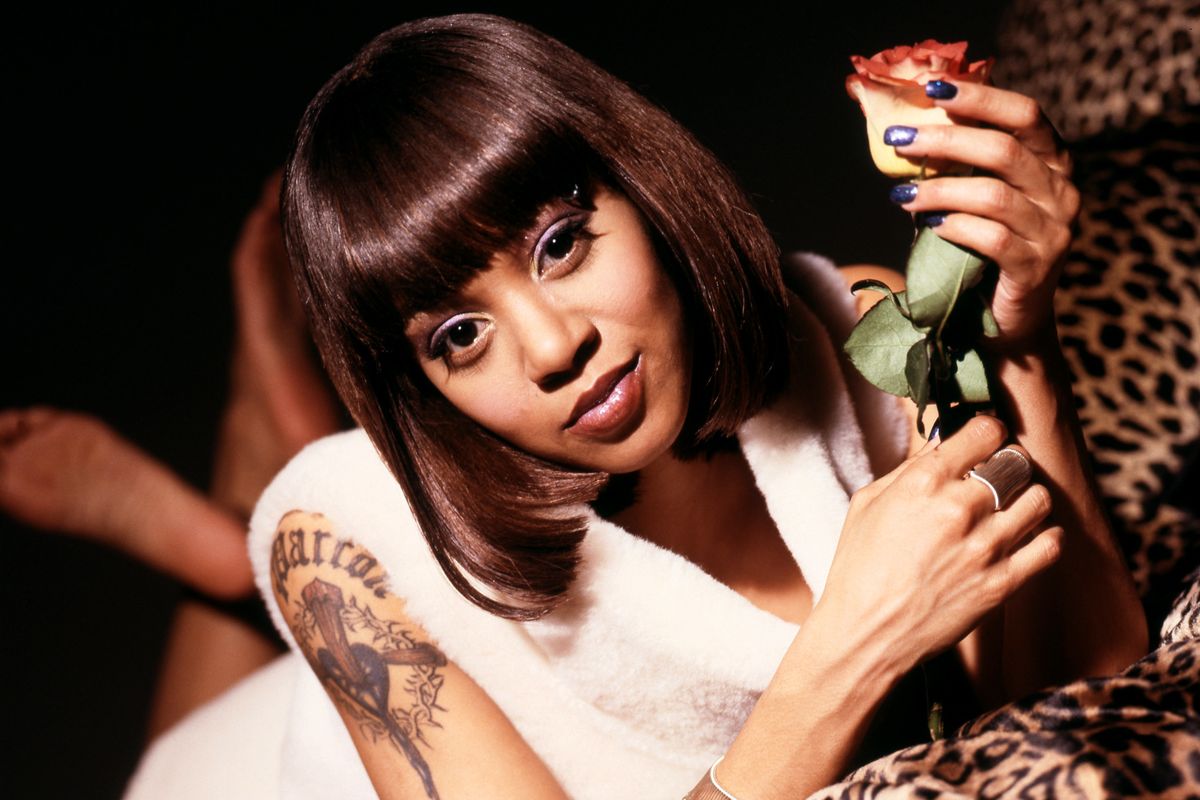 "Lisa 'Left Eye' Lopes was always my favorite because she burned down that guy's house," Natasha Lyonne's character says in the recent Netflix series Russian Doll. It references a real-life incident that took place in June of 1994, but was overshadowed by another seismic event that occurred that same month: the discovery of Nicole Brown Simpson's body, which kicked off the endlessly televised O.J. Simpson trial and hoovered the nation's attention.

Back to Lopes, one third of the R&B group TLC, and the house she set on fire. In March of 1993, she began dating Atlanta Falcons wide receiver Andre Rison. Their mutual burning desire was too flammable from the start. Six months in, they had a grocery store parking lot argument. Rison allegedly assaulted Lopes and then fired off a gun to warn strangers not to get involved. He was arrested but charges were dropped.

They kept dating. She was still coasting on the fumes of TLC's 1993 debut album, Ooooooohhh...On the TLC Tip but not yet labeled the crazy one on their sophomore effort, CrazySexyCool. On June 8th, 1994, Rison went out partying all night. Lopes did too, separately, but returned to his million-dollar mansion in the Atlanta suburb Alpharetta before him. Rison apparently stayed out until 5 a.m., and Lopes was reportedly furious that he had picked up a bunch of new sneakers but neglected to buy her a pair. He tried to calm her down, which to him meant slapping her, pinning her on the bed and sitting on her.

"I knew she'd been drinking some," Rison later told People. "But I didn't know what was upsetting her. I started taking blows to the face. Finally, I grabbed her and asked her what was wrong. But she kept coming at me."

Rison left the house and stayed at a teammate's for the night, Jason Phillips. Lopes did what any sensible sneakerhead would do — lit a piece of cardboard on fire and left it in the upstairs whirlpool tub. (Some reports differ, saying it was a pair of shoes, and People reports that she stood over the fire, shouting, "I don't care anymore!"). The house quickly became engulfed in flames. Not quite finished exacting her fury, Lopes took a vacuum cleaner pipe to the windshields of Rison's Toyota truck and two Mercedes-Benz cars parked in the driveway.

The next day, she turned herself in to Atlanta authorities. She was charged with felony arson and released on $75,000 bail. She entered rehab for alcohol abuse and received five years probation and a $10,000 fine. Rison hitched a ride back to his house only to discover it completely razed to the ground and was surrounded by fire trucks. He had lost everything, but decided to forgive her. They rekindled (teehee) their relationship and planned on marriage before Lopes' untimely death in a 2002 car accident. Moral of the story: if you buy your girl some sneakers, homeboy's gonna like... get it.