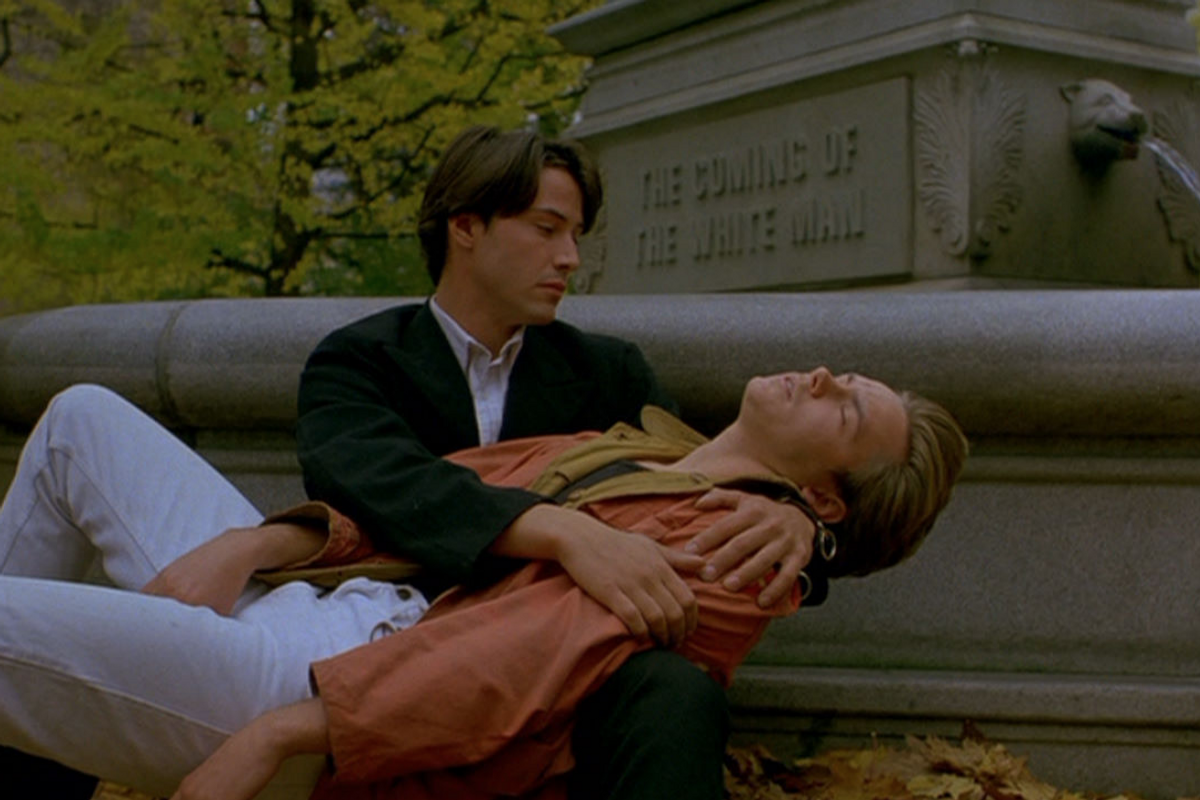 The 1974 Norton Commando that Keanu Reeves drives in Gus Van Sant's My Own Private Idaho is the very same motorcycle that Reeves rode 1,300 miles to hand deliver the script to River Phoenix and convince him to star in the film.

Van Sant always had Reeves and Phoenix in mind for the two male prostitute leads, Scott Favor and Mike Waters, after he realized he couldn't make the film with real street hustlers. Getting the two actors to agree to the quasi skin flick was challenging. He sent the script, which he loosely based on Shakespeare's Henry IV, Part 1, Henry IV, Part 2, and Henry V, to both of the actors' agents. Reeves read it, liked it, and signed on to play one of the leads, Scott Favor, the estranged son of Portland's mayor. "I had just finished Point Break and was still into my character. I felt a bit of anxiety about Idaho," Reeves told Interview in November 1991. "I was overwhelmed at what I had to do — it was like, Oh, no! Can I do this? I was afraid. But Gus and River made me fit in. Said, 'Let's do one bitchin' movie.'"

Phoenix's agent, the child star-monger Iris Burton, stopped reading the screenplay halfway down the first page. She wouldn't even let her 20-year-old client take a look. So Van Sant planted a bug in Reeves' ear. Why not take a joy ride down to Micanopy, Florida to the Phoenix family ranch — just outside of Gainesville — and deliver a copy to River himself? After all, the pair had met on the set of 1989's Parenthood, which Reeves acted in alongside Joaquin Phoenix (and River's longtime girlfriend, Martha Plimpton).

Reeves, then 26, made the trek from Toronto in December 1990 and personally turned over the treatment. He read it and was enamored by the character of Favor. Reeves was already the ideal fit for that role, so Van Sant was tasked with convincing Phoenix to take on the more edgy part of drug-addled narcoleptic Mike Waters. "Do you think anyone would have taken this script ten years ago?" Phoenix said to Interview.

It was only later, driving together down Santa Monica Boulevard, that the two made a pact to act in it. "Okay, I'll do it if you do it. I don't do it if you won't," Phoenix reportedly said, before sealing the deal with a handshake. And the two fast friends road off into the sunset.

Photo via My Own Private Idaho