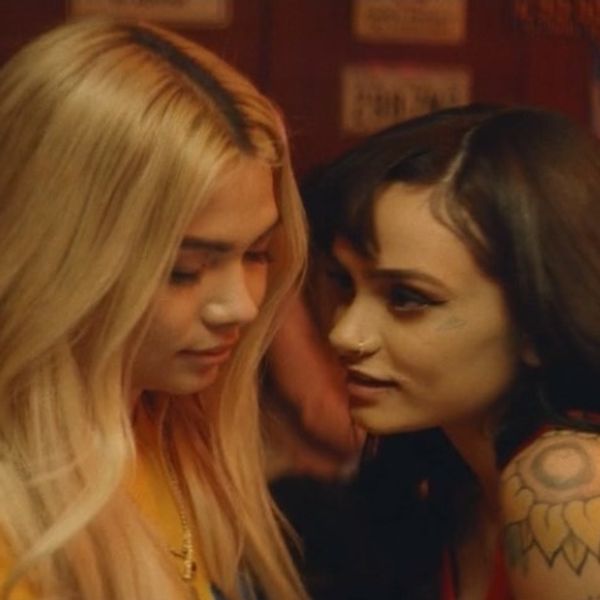 Hayley Kiyoko and Kehlani Play Lovers In 'What I Need' Video

Hayley Kiyoko is quickly proving to be the pop icon we need right now. She just released a self-directed music video for "What I Need" off her recent debut album Expectations. Like most of her self-directed videos, it tells a narrative of romantic struggle and triumph through gorgeous cinematography and a hazy, warmly-lit color palette.

The video begins with R&B powerhouse Kehlani, who is featured on the track, fighting with and leaving her aunt. Her aunt accuses her of having feelings for her best friend, who is played by Kiyoko, but Kehlani says they're just friends. Kehlani is picked up in a car by Kiyoko, and the two bar hop and road trip on a dusty California road, their best friendship eventually blossoming into a romance at the end.

The video beautifully depicts a queer female experience, which is so often distorted through the lens of a male gaze, through Kiyoko's eyes, offering a much-needed and often-overlooked narrative. The video is particularly important in light of Rita Ora's "Girls," which was co-written by a number of male writers and which both Kiyoko and Kehlani critiqued for, "marginalizing the idea of the women loving women." In contrast to "Girls," "What I Need" portrays queer romance as complex, deep, and centered on the women who experience it.

Watch the video, below.