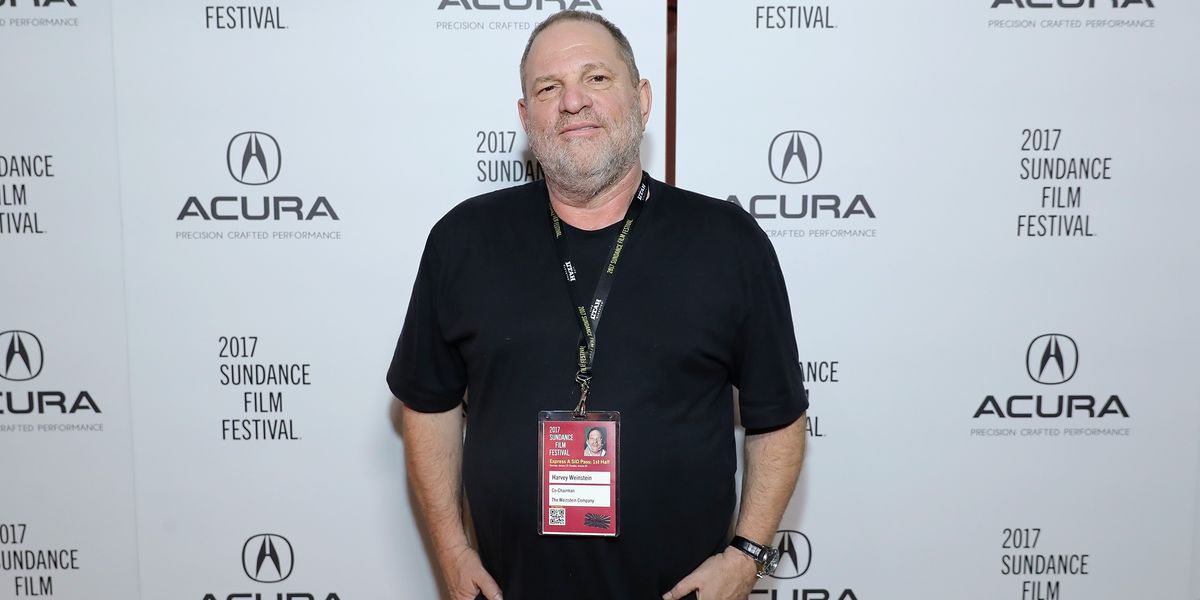 In the flood of disturbing tales of sexual misconduct among Hollywood's heaviest hitters you'd be forgiven for forgetting just how horrific the ~alleged~ behavior of the man who began it all really was, so let this latest lawsuit serve as a refresher: Harvey Weinstein is now being sued for sex trafficking.

More than 90 women have accused the movie mogul of sexual harassment or abuse, but now British actress Kadian Noble has come forward to file a complaint against Weinstein in New York federal court that may prove Weinstein violated sex trafficking statutes. Noble has claimed the disgraced producer sexually assaulted her in France during the 2014 Cannes Film Festival — coercing her into sexual activity in return for "a film role or influence in his behalf."

"Harvey Weinstein traveled in foreign commerce, knowingly recruiting or enticing Kadian offering her something of value, knowing that he would use this offer as a means to defraud, force or coerce her into a sexual encounter, the complaint adds. "Harvey Weinstein ultimately forced Kadian into sexual acts," the 11-page complaint states.

Noble's lawyer, Jeff Herman, then spoke to NBC news, clarifying the offer of a career boost ]in exchange for sex by an American overseas certainly constitutes as sexual trafficking.

"Essentially under the statute, if a U.S. citizen goes to another country and uses force to entice a person to engage in a commercial sex act, they violate this law," Herman said. "The offer to help my client with a movie role is certainly something of value. It fits, I think, squarely in the purview of the action."

Weinstein's personal representation once again touted the same line in response to this latest complaint. "Mr. Weinstein denies allegations of non-consensual sex," a rep said. "Mr. Weinstein has further confirmed that there were never any acts of retaliation against any women for refusing his advances."

The Weinstein company's board has maintained they were completely unaware of Harvey's crimes, claiming to be blindsided by the plethora of sexual misconduct allegations."

These allegations come as an utter surprise to the Board," they said in a statement last month following the explosive New York Times exposé. "Any suggestion that the Board had knowledge of this conduct is false."

Please say this is rock bottom.