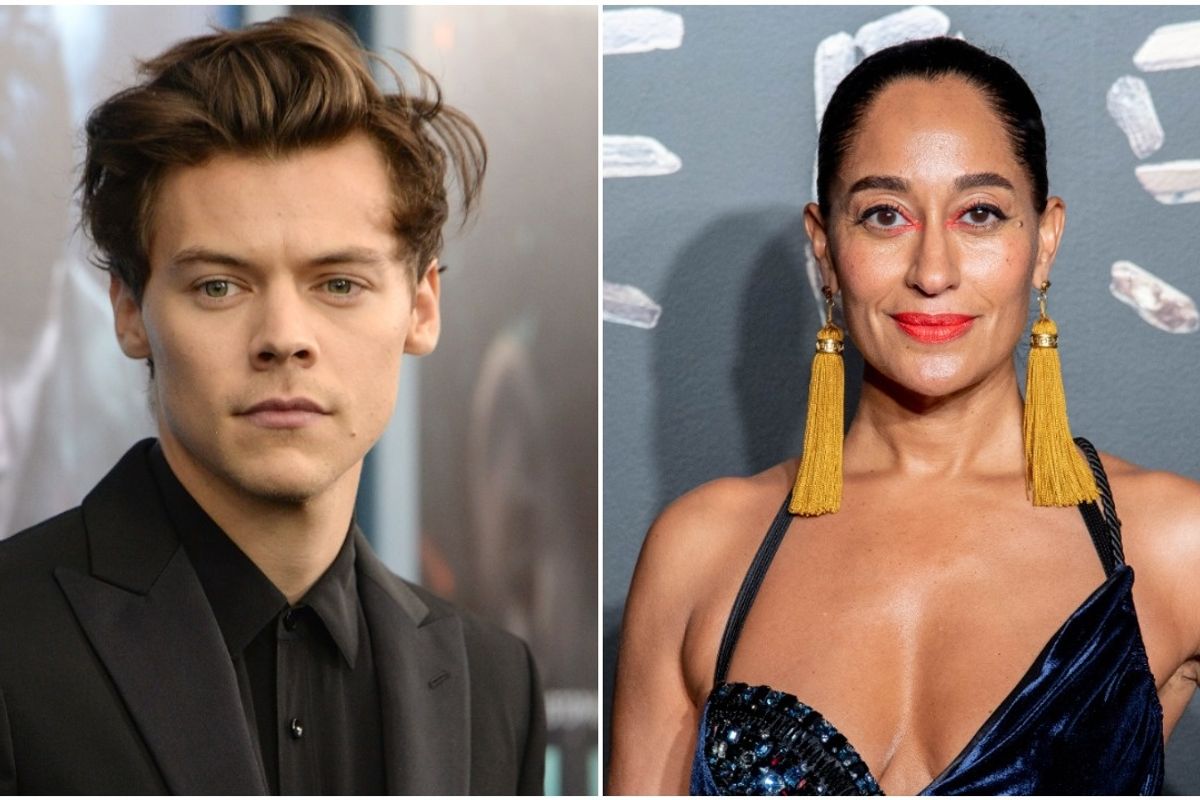 A new rumor about Harry Styles and Tracee Ellis Ross possibly dating has sent fans into a verifiable frenzy online.

According to Grazia, all the hubbub started earlier this week after celebrity gossip Instagram account @deuxmoi posted an anonymous DM from someone who claimed they had spotted the two in L.A.'s Laurel Canyon area about six to eight months ago. The source then went on to say that it was "definitely a date," before alleging that they overhead Styles and Ross talking about the craziest places they'd hooked up together.

That said, the claim hasn't been independently verified. However, the gossip still sent internet sleuths into overdrive and Twitter is now overrun with supposed evidence of the potential romance, including photos of the two hanging out backstage at Styles's concert last year, as well as a clip from The Late Late Show with James Corden, in which Ross joked about Styles liking her Instagram photos.

y’all this is why the locals think tracee and harry are hooking up i’m hollering pic.twitter.com/DCZQ4mOrK1

kendall was really just sitting there like a third wheel while harry and tracee were flirting 😭 we love to see it pic.twitter.com/XujefO4zc6

Harry Styles fans v Tracee Ellis Ross fans having a mutual cease fire to not drag one another, b/c their relationship seems so awfully pleasant. Maybe they are fucking, maybe they HAVE fucked, you know Tracee laughed the entire time and Harry spoke in low sweet tones.

And while it's worth repeating that neither Styles nor Ross have commented on the rumors, that definitely hasn't stopped the internet from continuing to speculate on their possible romance —

Check out what people are saying, below.

The news of Tracee Ellis Ross and Harry Styles possibly having sex is of great interest to me.

So when Harry sang "brown skin lemon over ice" he meant Tracee?!