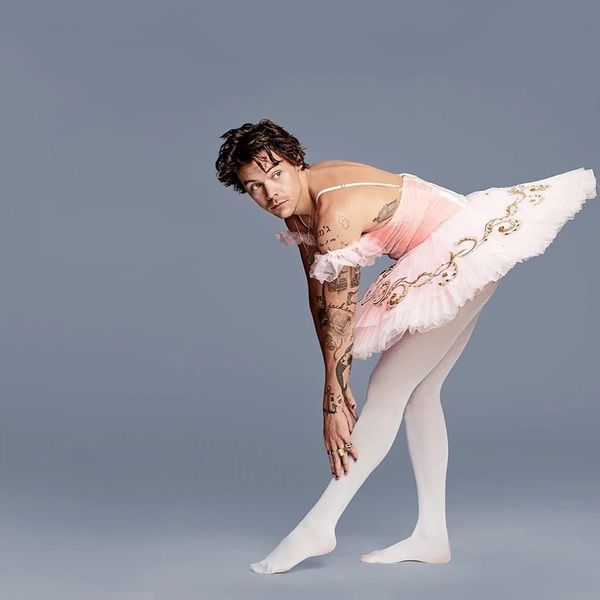 On Saturday night, November 16th, Harry Styles left his mark on Saturday Night Live with his standout double-duty performance. Of course, everyone expected a great musical guesting with the "Lights Up" singer, but our king delivered on everything — from the monologue to the sketches, and to the release of his new song "Watermelon Sugar."

During his monologue, Harry brought the dry British humor and wasn't afraid to roast himself, joking about his short past relationships. One of the most shocking zingers was his joke majorly shading his former bandmate, Zayn Malik. "I love those guys. They're my brothers," he said as he faked playing the piano. "Niall, Liam, Louis....and um... Ringo. Yeah, that's it."

He also ripped his pants for another segment.

Harry definitely brought it. And fans noticed. Once again, his cultural impact soared higher than everything else on the Internet.

He also served us a new single, "Watermelon Sugar," which, um... yes.

All-in-all, SNL's best night so far this season. See the fabulous GIF below.