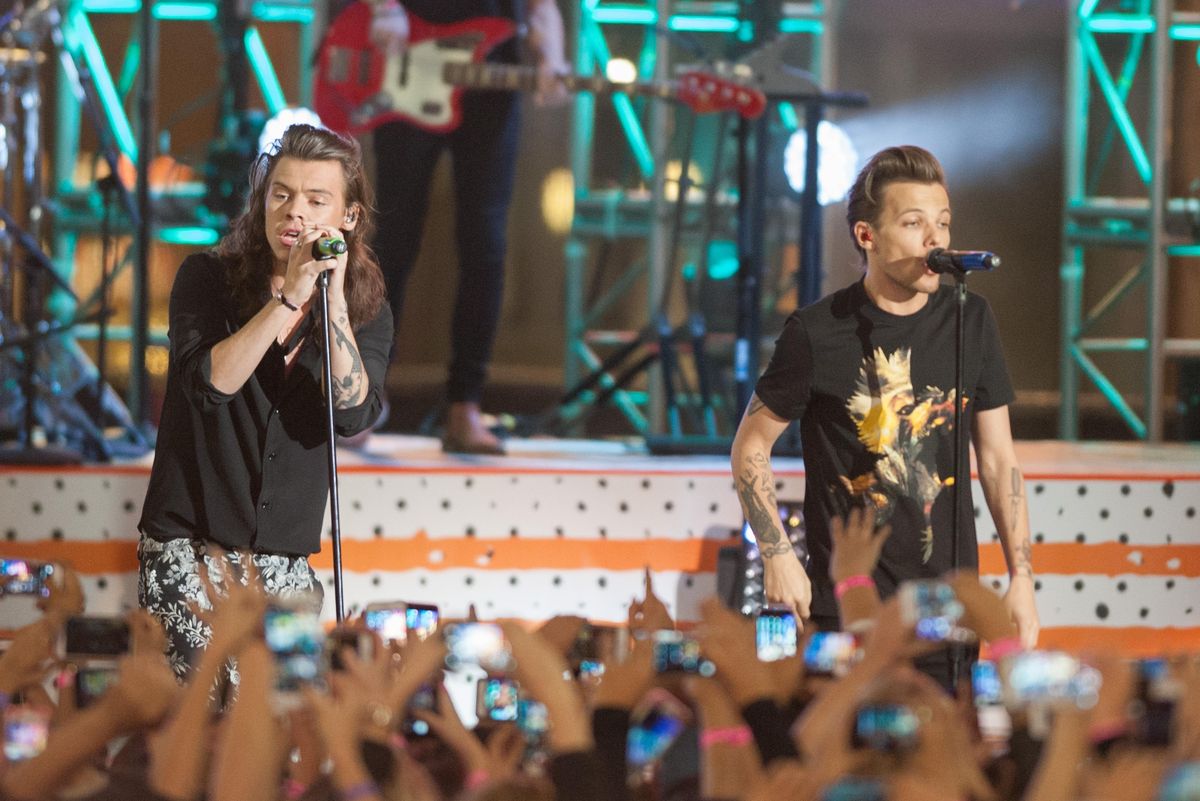 Every fandom worth a damn has its own micro-universe of language, hashtags, theories, and slash fic, but emerging as it did in the age of social media, the One Direction ship-o-verse is exceptionally intense. The list of ship names on the 1D wiki is as complex, diverse, and pheremone-stinky as the Amazon rainforest, featuring a whopping 61 hypothetical couples that exhaust every possible pairing of 1D members, and go so far as to speculate that Harry Styles and Barack Obama have a thing going on (hot). Out of these myriad horny possibilities, "Larry," the possible secret romance between Harry Styles and Louis Tomlinson has by far the most traction in the 1D stan community (if all of this sounds new to you, please treat yourself to this Pepe Silvia conspiracy web about Louis' new baby being a fake to cover their love that dare not speak its name). It has gotten so intense, in fact, that Louis had to ban "Larry" from his Instagram comments (doth he protest too much?).

Well, Harry Styles may have split from One Direction, but it seems he can never leave Larry behind. In an interview with radio show 106.1 BLI, Harry was asked point blank if his new single "Sweet Creature" is about Tomlinson. Harry got over the initial shock, and let the Larry shippers down easy:

"I mean, I think people are always gonna speculate what songs are about, and I don't think I'd ever want to tell anyone but they're wrong for feeling what they feel about a song. Even when they're not necessarily right. But I think if you really listen to the lyrics, I think you can work out if it's really about that or not, and I would lean towards no."

Seems pretty cut and dry, but then again, isn't that what somebody in a clandestine relationship with their married former band mate WOULD say?