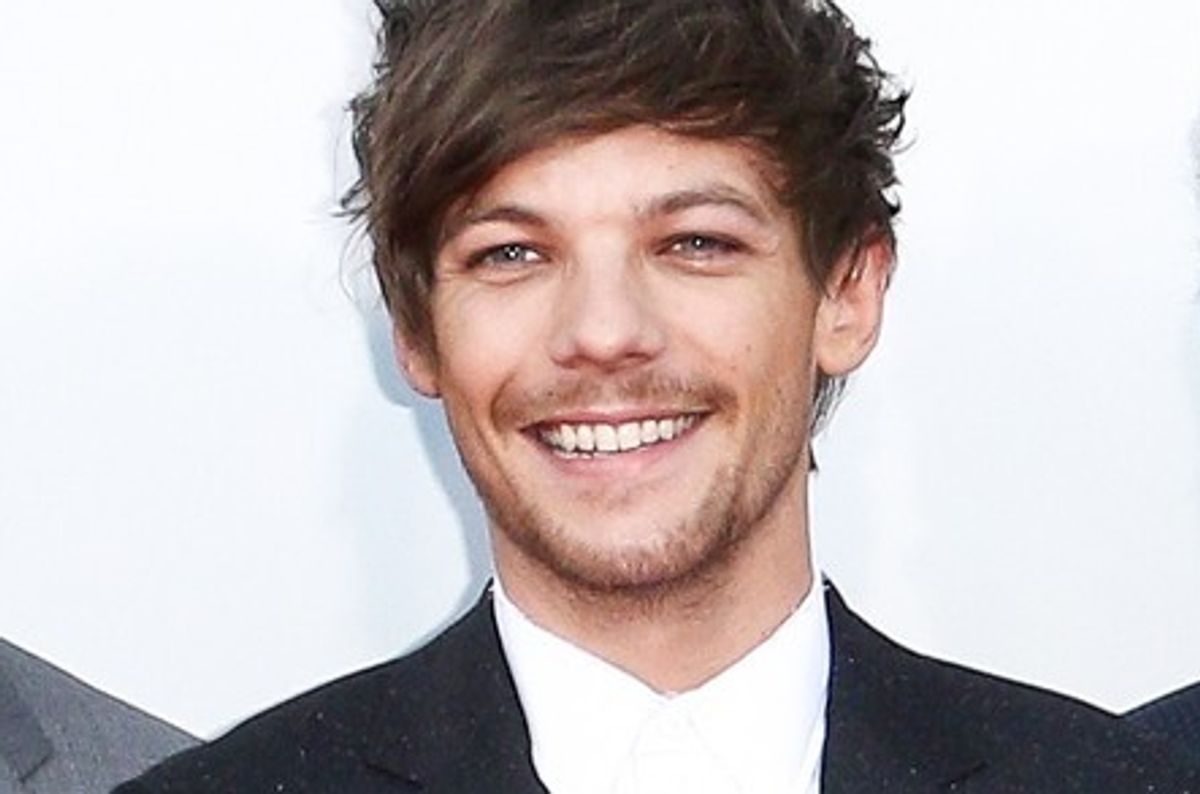 Is Louis Tomlinson's Baby a Sham?

Everything you need to know about 1D Babygate.

The internet conspiracy mill that gave us the gem that was Katy Perry as grown-up Jon Benet Ramsey has given us yet another juicy, byzantine theory. This one makes some pretty shocking accusations about One Direction member Louis Tomlinson, accusing his new baby Freddy, born in January, not only of being not Louis's baby, but in fact a careful cover so Louis can continue his torried relationship with fellow One Directioner Harry Styles (a relationship nicknamed Larry, or Larry Stylinson, or even Houis to 'shippers). Buzzfeed laid out the timeline for what could be a masterful work of misdirection by publicists or (more likely) the fevered dreams of One Direction fans who've invested a lot of personal happiness in Larry being real.

It begins almost a year ago, with the creation of a Twitter feed called @Brianafacts, which purports to be a fan account to support the alleged mother of Baby Freddy, Briana Jungwirth. And it goes all the way down to photos from just last month of Dad and Possibly Sham Baby. And now, a rundown of the main points Babygate truthers have uncovered to prove that Louis is not only not a father, but also that Sham Baby Freddie might not exist at all.

If this information has not swayed your opinion about the validity of Louis Tomlinson's baby, then perhaps the latest photo from his Instagram will set your mind at ease. It shows Possibly Sham Baby Freddy with his eyes wide open, feet splayed, in full color.

How will Larry truthers react to this newest baby shot? Probably not well.