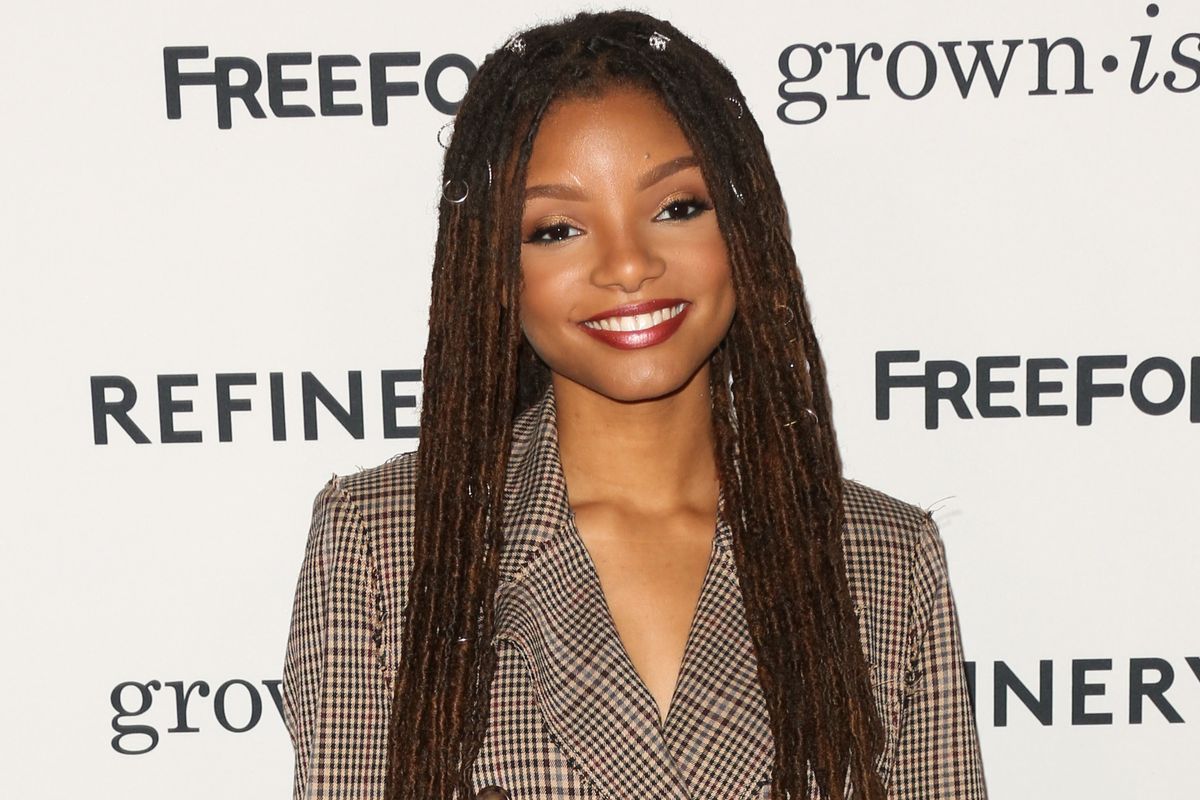 Last month, Disney announced that Beyoncé protégé and Grown-ish actor Halle Bailey would be playing Ariel in the live-action remake of The Little Mermaid. However, if you've been following the news, you'll also know that Bailey's faced some trollish and, frankly, racist backlash via the #NotMyAriel hashtag thanks to the casting.

Thankfully, Bailey's also had her fair share of defenders, including the Disney-owned network, Freeform, who wrote an open letter to the "Poor, Unfortunate Souls" complaining about a Black Ariel even though Black Danish people (with red hair) do exist.

"So after all this is said and done, and you still cannot get past the idea that choosing the incredible, sensational, highly-talented, gorgeous Halle Bailey is anything other than the INSPIRED casting that it is because she 'doesn't look like the cartoon one,' oh boy, do I have some news for you," Freeform wrote. "About you."

Now, Bailey herself is addressing the hate in the most positive, gracious way possible.

"I'm just grateful. I don't pay attention to the negativity; I just feel like this role is something bigger than me," she continued, before adding, "it's going to be beautiful." And we're inclined to agree.