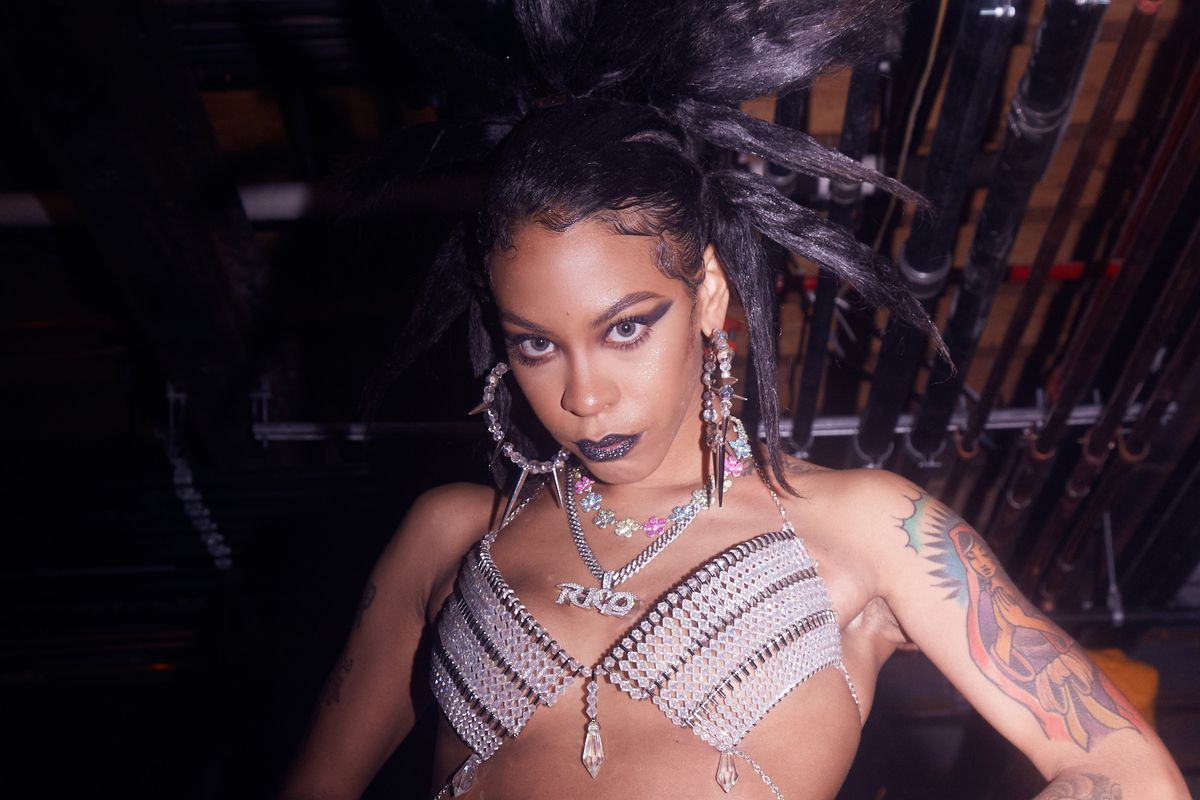 Gyspy Sport is that bitch. Founder Rio Uribe's eccentric genderless designs and vital casting have set the standard for diversity in the fashion industry. Trans, disabled, indigenous, and queer people of color aren't brought in just to be faces on a runway: they literally are the brand.

The sound of Gypsy Sport follows from its community. Today PAPER exclusively shares the brand's Fall 2019 mixtape, curated by Uribe, which soundtracked their runway show of the same season. The potent, playful 17-track mix includes two original remixes from Uribe himself.

Greta Thunberg sets the tone, as a wolfish beat barks behind her echoey United Nations speech. "I wanted to start the mix with a subliminal wake-up call about the state of our Earth," Uribe tells PAPER. "Whether or not you believe in global warming, theres too much proof for us to ignore things."

Whimsically, the mix goes straight from Greta to a polyrhythmic take on Linkin Park's "Numb" from Rasuul, followed by Princess Nokia's "Morphine" and then a dose of '80s camp, with Mia Carucci's Baile edit on ATC's "All Around the World."

"I started learning Logic and Protools over the summer and I've become obsessed with mixing and mashing up songs," Uribe says. "The same way that I love to mix and match fabrics, it's kind of the same approach. Patchworking different sounds and trying to tell a story, music adds another dimension to the Gypsy Sport universe."

How would Uribe describe the theme? "It's like hot-girl-summer meets ice-queen winter." Indeed. On one of his originals, he concocts a darkwave hybrid of Billie Eilish's chilly "Bad Guy" and Megan Thee Stallion's scorching, "Sex Talk." "Both songs are kind of man-hating anthems, so it turned out really cool!" Uribe adds.

Queer and women rappers fill out the rest of the mix. "I wanted to showcase people like Saucy Santana, 070 Shake, and Keiynan Lonsdale," says Uribe. His other original is a double-time edition of Lil Nas X's "Panini," spiked by verses from Nirvana's "In Bloom," which is already sampled on the track.

"I love the sound of Kurt Cobain's voice belting over a gay rapper," he adds. "Lil Nas X is paving a way for LGBTQ identifying artists to break into the mainstream, even though lots of them have been at it for ages."

Uribe included artists who are already Gypsy Sport muses — weaving their sounds back into a world which already includes their brands. Megan Thee Stallion wore Fall 2019 on-camera for Vogue, and Billie rocked a recycled Gypsy Sport tee on the cover of Her Magazine. A ghostly slowed-down version of "Juicy" by Doja Cat, who wore a full SS19 look for her "Bottom Bitch" music video, is second-to-last.

The mix closes on the sinister "Fish on Land" by 070 Shake, who walked for Gypsy Sport back in 2017. Syrup slow and featuring Shake's striking vocals, the track's pitched up to a helium whine or down to a serial killer mumble: "Maybe we should stop now/ What are we gonna do this for?"

"Watching her evolve has been amazing," Uribe says. "I closed with her track because I love the sentiments of the lyrics. It's about a break-up, but also it reminds me of the beached whales that turned up over the summer, which relates back to the climate change theme, and everything we're facing as a society."