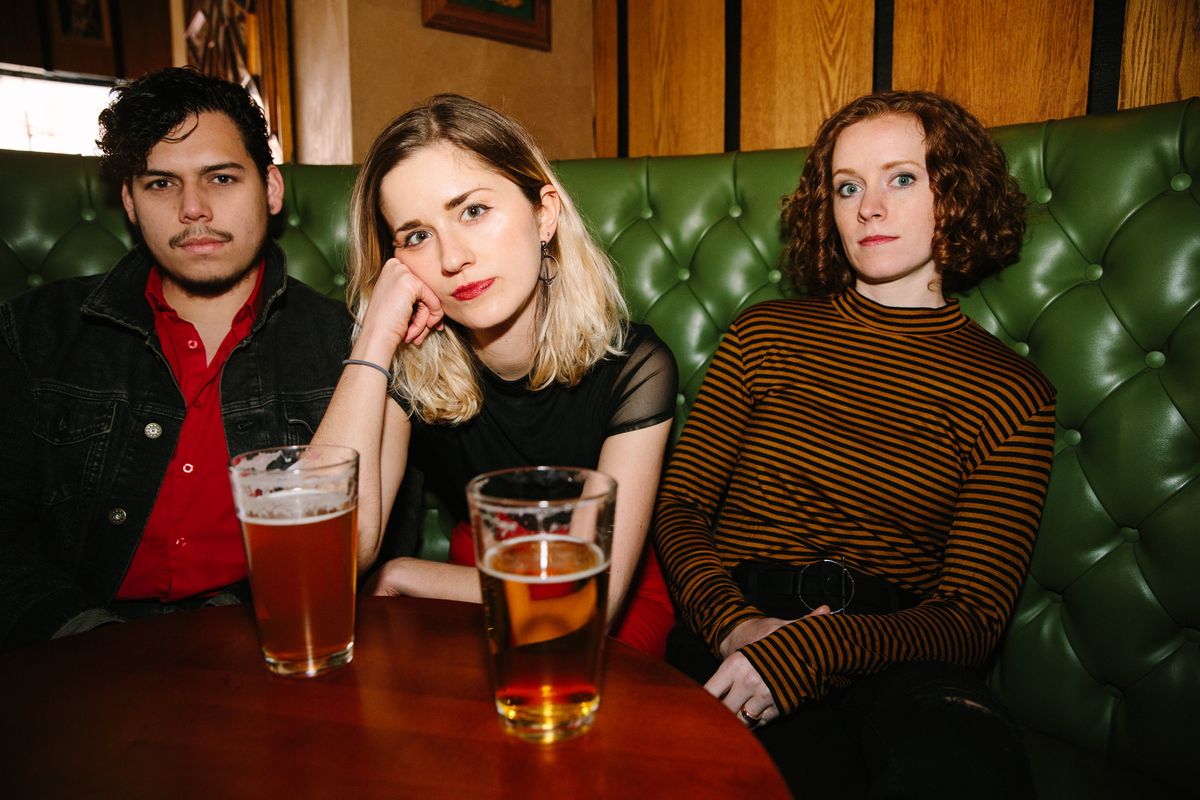 There is nothing quite as earnestly forceful as the love teen girls have for their idols. They design concert signs and t-shirts with the utmost care, lip sync their favorite lyrics flawlessly at sleepovers, keep up with radio streaming statistics, fearlessly profess their undying love. Yet female fans have always been dismissed as hysterical (a word itself rooted in sexism), vapid, and shrill. Women — those who love music and those who make it — know this reality intimately. When they express their love, they are overzealous. When they make their own music, they are under-qualified, assumed to be a spectator, someone's girlfriend, or a groupie.

It's exciting, then, to see a female-fronted band taking pride in fandom while also showing that musically, they know exactly what they're doing. On their sophomore EP, Validated, Brooklyn-based trio Groupie make politically-charged post-punk music that plays with scale. They question systemic injustice while also carefully prying apart intimate desires, showing that the personal is deeply political.

The chugging rock guitar riffs and rolling drums on "Power By Design" rage furiously as the band questions the idea of celebrating a nation built on oppression. Singing in both Spanish and English, they force us to wonder, "Is this just how it is?" The following track, "Worriers," pivots to showcase a softer, more vulnerable side as they address their fellow worriers who "keep thinking" but "still have to act tough." The whole EP is centered around the question of validation — what kinds of 5 year plans do we need to be deemed creative and smart? How do we calm those scary, intrusive thoughts saying we're not good enough? But rather than getting stagnated by their uncertainty, Groupie reclaims it, showing they don't need anyone else's validation to make daring, infectious music.

Lead singer and bassist Ashley Kossakowski says of the EP, "It's difficult to speak about validation when as a woman your expressions of vulnerability are misconstrued as insecurities. Our new record examines the complexities of validation, everything from the difficulty of feeling valid in the eyes of our government to feeling respected by a significant other. This record was important for us to make, it felt like a big personal step in feeling valid in the rock industry, largely dominated by white men."

Listen to Groupie's Validated EP, below: