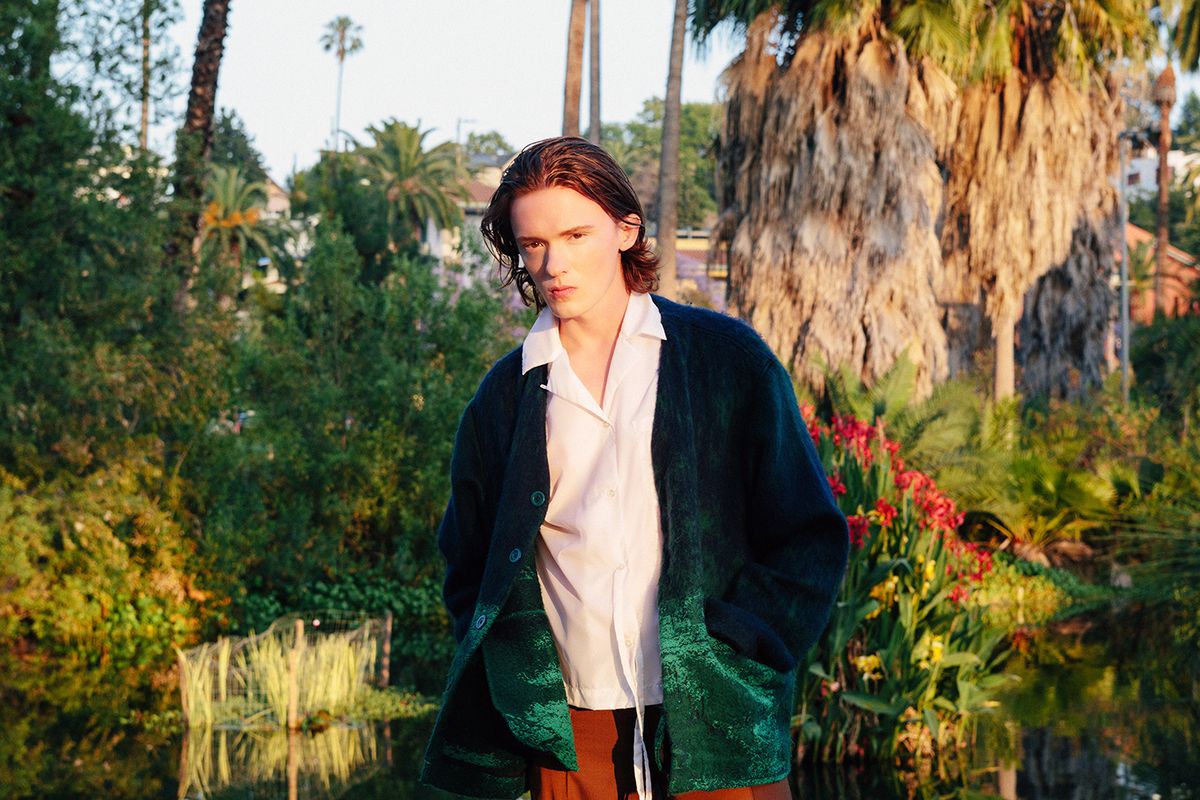 'Everybody's On Their Phone' Is an Anthem for Isolation

Before we began socially isolating, Gen-Z and late-millennial culture was often mocked for its digital reliance and obsession with tech. Post-outbreak, spending hours on your phone or computer seems understandable, and can definitely help us stay connected with each other. Conversely, scrolling and mindlessly double tapping can eat up your entire day, making many of us question whether we're spending our newfound free time wisely, and how this has never been less clear.

Atlanta-based musician Liam Hall analyzes our technological usage, inspiring him to create music about connection and what that looks like as the world faces a pandemic. Performing under the moniker, Grandma, Hall also produces, arranges and mixes all of his genre-bending, electronic-heavy tracks. Today, Grandma premieres the self-filmed music video for his reassuring and observant new song, "Everybody's On Their Phone." From blurry backdrops to his solo walks, the visual depicts the musician in places both familiar and different, all while singing about a tendency we know well.

Grandma tells the story of a perplexed generation with one commonality: that we all reach for our phones when the state of the world is uncertain. "You're on your phone/ I'm on mine/ Stuck at home all alone," he sings, as screenshots, short clips of his home and iPhone-ready camera positioning fill the screen. "I send you things I wouldn't say/ But it's all okay/ Because it sounds nice." From his usage of green screens to actual footage of him atop a water tower in an abandoned naval base, the visual conveys a subject who is all alone. His lyrics capture a need for communication when there isn't much for us to update each other on: "I just came by to say nothing at all," he gently croons.

Grandma explains how he was inspired by this digitalized era, and how phones can be both your friend and enemy. He isn't taking a particular stance on our collective usage, but simply observing its effect on our relationships: "In my friend group I've felt a shift towards a state of total indifference over the last few years," Hall says. "We all seem attracted to controversy and conflict without thinking about how these undermine any sincere efforts toward building a future worth living in. I think we're distracted by the noise. I wanted [this track] to be a snapshot of this period. It is not a condemnation of excessive cellphone use. Phones are our partners, our friends, our enemies and our communities. Interconnectedness is built into the structure of all living things and a phone is its contemporary manifestation, but there are better and worse forms of connectedness. This moment has a lot of both and I wanted to think about that."

When Grandma plotted out what eventually became this music video, he didn't want to fit the mold that has been made for many electronic artists, such as a highly produced and glamorous visual. He wanted to be true to himself and the song's meaning, shooting in a "relaxed style" while feeling "freedom from the polish," as he details his process: "I love pulling back the curtain and acknowledging the pretenses of the industry," Hall says. "There's a certain look a video has to have these days and I'm not 'excepting' [as in making myself an 'exception'] myself from that trend, but to be faithful to what the song's about I felt like I couldn't put this together without being really cognizant about how it's made. That's why there is so much fourth-wall breaking in the editing and even the shooting, like waving the green screen around and the overlaid phone effects."

Today, Grandma also unveils "The Sensation," a B-side track to "Everybody's On Their Phone." He recently released his debut mixtape, Even If We Don't Get It Together, in November 2019, featuring a notable collaboration with Rico Nasty. As for what's next? Hall tells fans to expect a new "long form project" arriving as soon as this summer, more music videos and "great new tunes" that he's producing for other artists and friends.