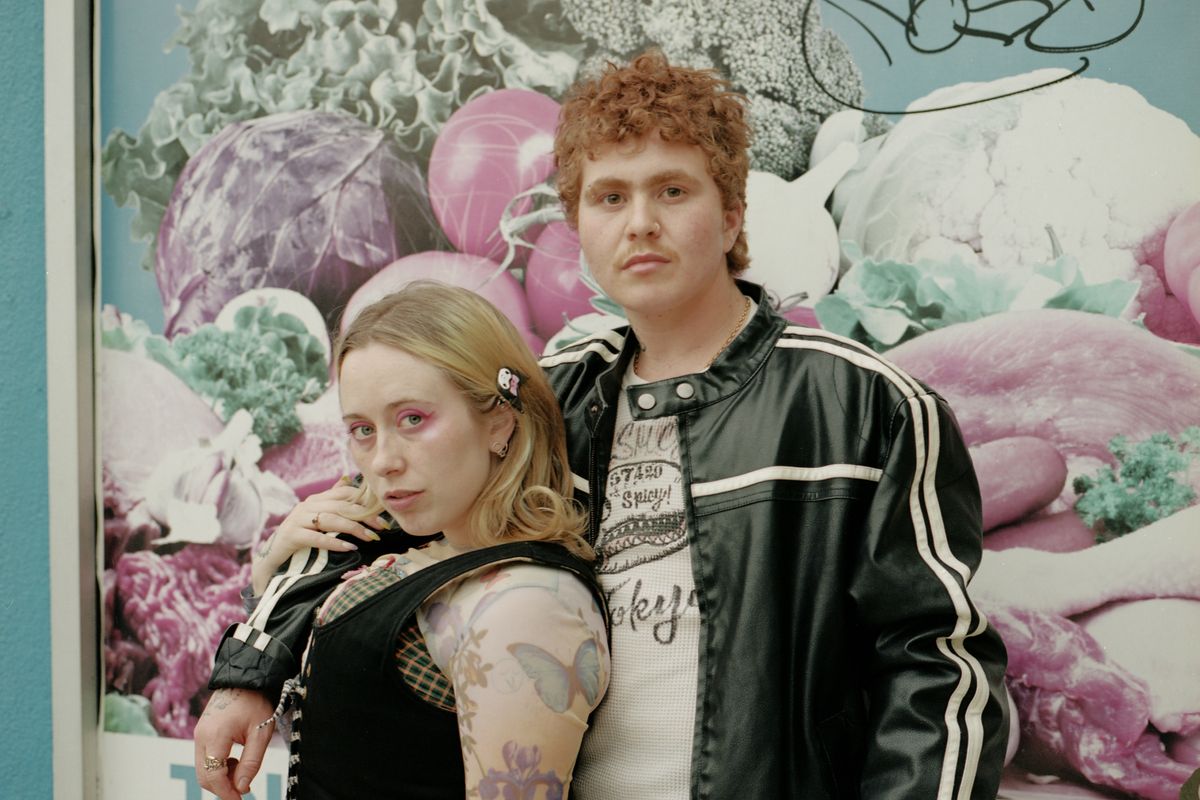 Few bands have reinvented themselves like Girlpool. On their first two albums, recorded while Avery Tucker and Harmony Tividad were still in high school, fans fell in love with their sharp riot grrrl bedroom rock, trademarked by the pair's shrill harmonies. By 2017's Power Plant, drums were thickening their sparse arrangements, explosions of distortion interrupting clean melodies. By 2019's What Chaos Is Imaginary, the duo had transformed completely. Tucker came out and transitioned in between albums, his deepened tenor symbolically and literally putting to rest the band's signature harmony. As the duo's figured out what it means to make music as adults as opposed to teenagers, Girlpool has become textural, dark and exciting in new ways.

Related | Girlpool Won't Ever Give Up Their Independence

Today, PAPER shares Girlpool's first single since What Chaos, "Like I'm Winning." Churning and ominous, it captures the stakes of sexual desire and how it feels to play romance like a game.

"'Like I'm Winning it' is about power and lust," Tucker says. "How can the weight of someone's attention feel so heavy just because of its scarcity? This is a song about playing with that line between the electricity in receiving attention and what's unattainable."

Tividad appears in the video as a kind of angel-apparition, singing the inverse of Tucker's unsettling titular line ("When you touch me it's like I'm winning it," versus "When I touch him he thinks he's winning it") in an ethereal falsetto, imbuing it with melancholy rather than aggression.

"I sent this song to our friend Amalia Irons a couple of days after I made a demo at home," he adds. "I knew she would create a video for this song that was charged, psychedelic, and romantic."

More conceptual and visually ambitious than any Girlpool song to date, it's clear the band's not done evolving.