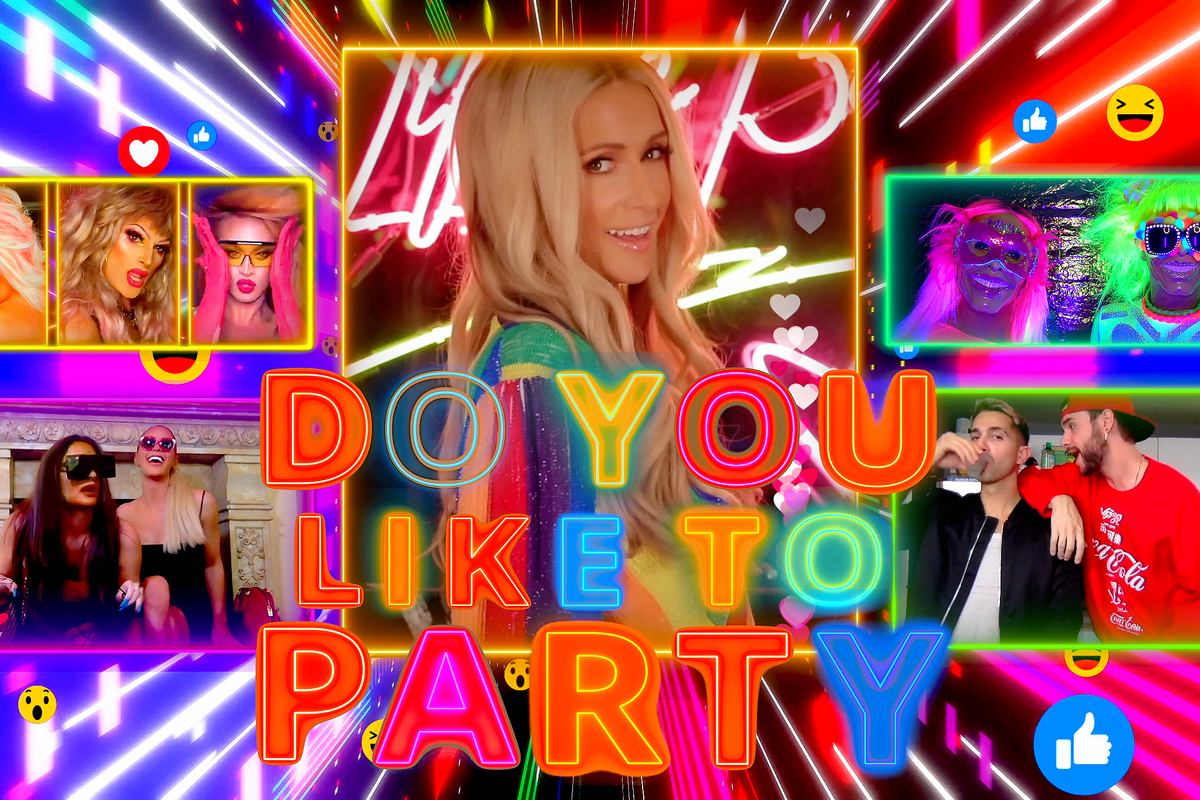 Gigi Gorgeous is making her music debut as part of Taylor Xo's new album, Company, out today. The clubby track, titled "Do You Like to Party," is a high camp tombstone for the days of actually going out in Los Angeles: Deciding between designer brands ("Do the Gucc, gorg"), applying lashes that block your vision ("Perfect") and hunting for your Juul ("That's so fucking annoying") before applying your own brand of lipgloss.

Related | Gigi Gorgeous Reflects on Coming Out Twice Through YouTube

"The nostalgia with this song and video is definitely intentional," Gorgeous tells PAPER. "We wanted the song to mirror what you hear in all of the clubs, very stereotypical of the LA club scene and tongue-in-cheek 'party girl.' There are some inside jokes in there, references to other iconic club scenes like Tao. It was a fun experience putting all of our past stories and club history into the format of a song for the world to hear."

Gorgeous remembers first moving to LA and and being thrust into the nightlife scene with Markus Molinari, a figurehead she describes as the "Royal Club Queen" and a community key holder. "The song encapsulates our memories of those nights," she says, "some of which we will be taking to the grave."

Naturally, the official "Do You Like to Party" visual features LA's OG party girl, Paris Hilton, who appears in butterfly shades and a golden, early aughts sequin dress. Like all good parties, though, the guest list of Hollywood stars doesn't stop there. There's remote appearances by Heidi Montag, Willam, Rhea Litré, GottMik, Marco Marco and more. (Even Amanda Lepore drops in to plug her new lipstick brand.)

"It was such an honor to have Paris Hilton be part of this," says Tiffaneyney, who's also a featured vocalist on Taylor Xo's track. "She's an icon that I have so much respect for as she paved the way for people like my sister Gigi to live out loud and to always be their true selves — to take risks and to not always take yourself so seriously."

For Taylor Xo, the SamJGarfield-produced "Do You Like to Party" was an obvious lead single for Company. "There was no question that it had to be this song," he says. "We wanted to create a feel good moment that could let the listener remember the times we could go out to party at clubs together. Gigi and Tiffaneyney brought so much energy and charisma to the song, as we wanted to pay homage to those classic club tracks that just got stuck in your head immediately."

Watch the PAPER premiere of Taylor Xo's "Do You Like to Party" video, above, and stream the track, below.