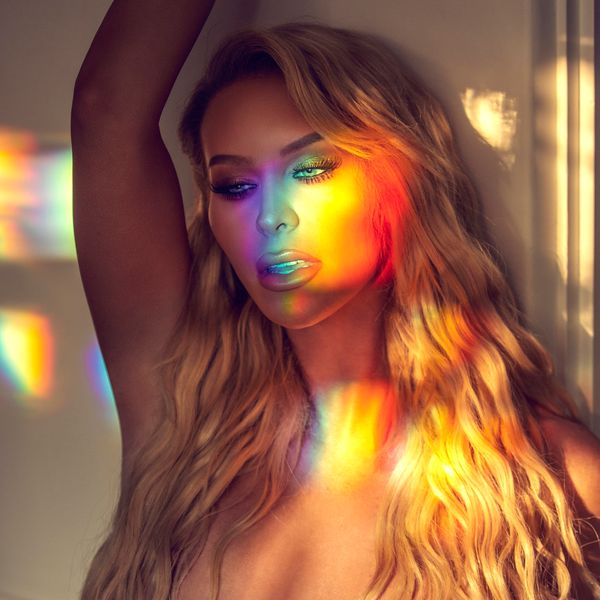 The It Gets Better Project has been supporting the LGBTQ+ community for a decade, helping guide and connect young people who're struggling to assert their sexuality or gender identity during difficult adolescent years. In celebration of the 10th anniversary of It Gets Better, PAPER caught up with Gigi Gorgeous, the YouTuber who first shared her coming out story with IGB in 2010.

"Gigi is a force for good and has been a friend and champion of the It Gets Better Project since first sharing her story in 2010," said Brian Wenke, the project's executive director. "We couldn't imagine honoring the 10-Year Anniversary of our work to empower LGBTQ+ youth without her. She is a trailblazer for the LGBTQ+ community and a shining example of what is possible when you find your joy and fully embrace your authentic self."

You're part of the 10-Year Anniversary of It Gets Better. Can you tell me a bit about your first video?

I got to take a look at a couple of old videos of mine and I still stand by a lot of the same quotes I do in that video. This is obviously pre-transition and living at my parents' house and really finding myself, so to see myself speak like that, in that video was jarring. I also wanted to give myself props — I was like, "Hell yes!" — for getting involved so soon and putting my voice out there. I was like, "Fuck yeah," it feels really good.

One of the quotes I remember was, "You're never going to be able to feel true happiness if you haven't experienced true sadness," which sounds like a tattoo quote that I'm like, "Why don't I have that tattooed on my body?" It's so true. When you go through a true heartache, true pain, true struggle, like most of the people in the community do, you can appreciate when you've overcome the struggles. It has gotten better, and you can appreciate it more because of how low you have been.

Absolutely. For me personally speaking, I have come out twice since that video 10 years ago, once as transgender, which was a complete game-changer. I feel like my life started when I came out because I was hiding it for so many years. I came out again as gay. Now I'm married, so it's insane that life happens and that video took me by surprise. I was like, "Wow," to put myself in the mindset of then — my boy self — is insane to me. Because if they could have known where I would be now, living in LA, happy, doing what I love around my wife and friends all the time. I just feel so much more grounded. I would have loved to show that person where they would be in 10 years, you know?

"[Coming out] makes you enter the room in a different way and makes you approach life differently."

When you came out a second time, did you use anything you learned from the first time?

I would say every situation is different. That's why people ask, "When do I come out? How do I come out? Who do I come out to?" It's all very situational. The number one thing I always say is make it safe. And that pertained to me, as well. I was around people who already knew I was super flamboyant, super out there, super different. But I needed to make sure who I told was going to have my back and I was going to be safe doing so. It's different for everyone. I told my best friend first and then I broke it to my brothers and then I told my parents. It was like a little five-pound weight off my back each time. I think that that's something everyone can relate to.

Do you hear from a lot of young people who are struggling to come out?

Yes, definitely, especially in quarantine. I feel extremely sympathetic for people who are in situations where they can't be themselves. Maybe they didn't think about coming out before the pandemic hit or at the beginning; maybe they got cold feet. I talk to people online every single day who are in very uncomfortable and sometimes dangerous households that they have to stay in because of the virus and lockdown, but I tried to just cheer them on and let them know that this is going to make them stronger. Which, ultimately, I feel it did for me. It's done that for a lot of people around me when you are given this life and you kind of are like, "Oh shit, I'm different." It makes you stronger. It makes you enter the room in a different way and makes you approach life differently. But I think that that's a beautiful thing.

I always think your life really begins when you realize that what you think makes you a total freak and a disaster makes you a superstar. Growing up, did you have any role models?

I didn't actually. Trans visibility was brought to me when I was in real life in New York City. I was traveling for a job. I met someone who was trans and I never really thought of being transgender as something that could ever be positive. I was 18-19 when I met her and it was kind of this a-ha moment. This girl is a living, thriving, breathing, healthy human right in front of me. Why can't I live like her? I didn't know of any transgender YouTubers or people in mainstream media because I grew up in a Catholic household that wasn't watching the edgiest of shows or movies or going online searching crazy stuff. I'm happy it's been a complete 180. There are so many people out there who are comfortable to shout their story from the rooftops and ultimately that's saving countless lives. That's what it's all about.