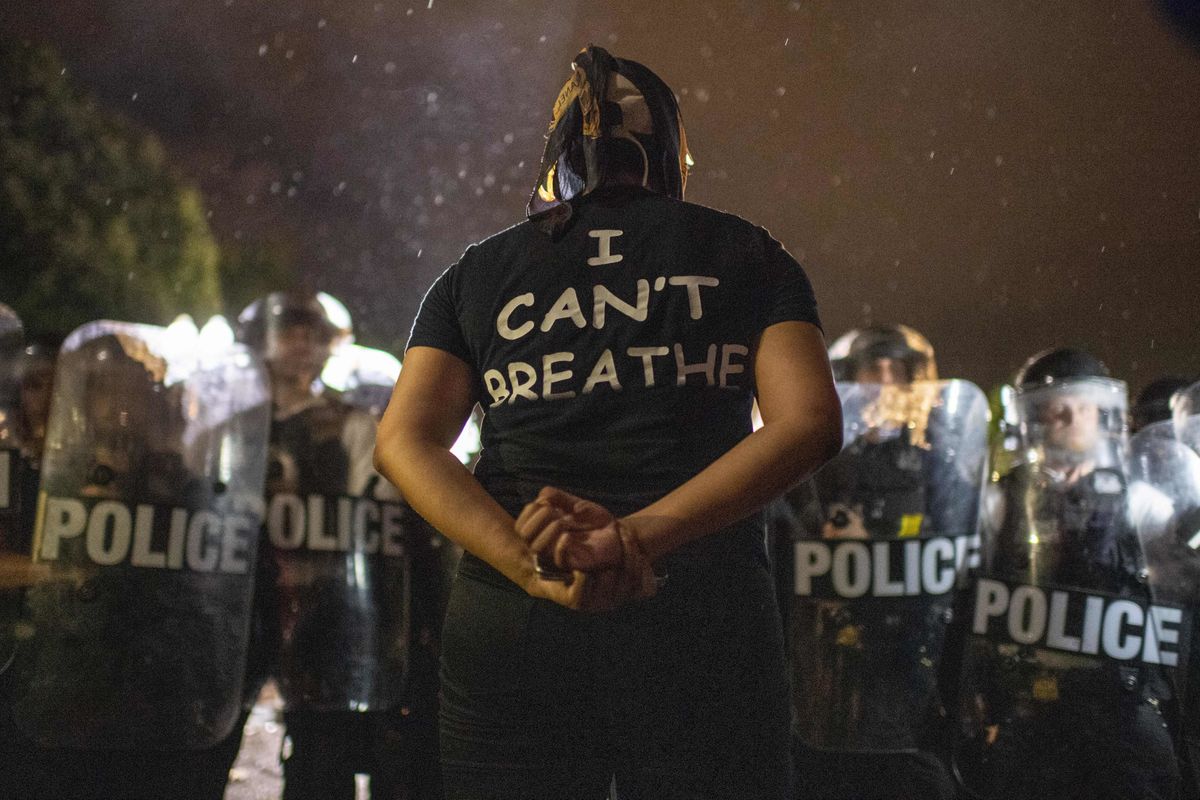 On Friday, news networks broke from coronavirus-related coverage for the first time since mid-March. George Floyd's death on Monday in Minneapolis, has ignited nationwide protests against police brutality and systemic racism.

Social media has lit up with protest-related commentary in the same way it's overtaken the news cycle. Celebrities like the oft-apolitical Taylor Swift called out President Trump, resulting in her most popular tweet of all time. Meanwhile, Halsey called out celebrities who have remained silent.

Nationally recognized politicians, many of whom are competing to be presumptive Democratic nominee Joe Biden's running mate in the 2020 election, have also been quick to comment — taking to Twitter and making cable news appearances to share their thoughts. Their responses have drawn both praise and condemnation from the public.

Senator Elizabeth Warren, cited as a potential VP pick, was mostly praised for her response to the protests and condemnation of what she calls President Trump's "advocacy of illegal, state-sponsored killing." The tweet received over 200K likes, and her other tweets on the protests were shared by activists like Brittany Packnett Cunningham.

We have to make real change in our country and fundamentally reform how the law is enforced in America. We need acc… https://t.co/OGObWQnWXc
— Elizabeth Warren (@Elizabeth Warren)1590798971.0

Another potential VP pick, Senator Amy Klobuchar, who represents Minnesota where Floyd was killed, has been criticized for her record as a former prosecutor. In a tweet she called the arrest of the officer, Derek Chauvin, a "first step towards justice." She later joined MSNBC to refute widespread claims that she once declined to prosecute the officer involved in Floyd's death. In the same interview she rebuffed questions about whether or not she should withdraw her name for VP saying it was "Joe Biden's decision."

Related | How To Support Protesters in Every City

Pete Buttegig, a former Democratic nominee with Senator Warren and Klobuchar, has long struggled to capture POC support. His sole tweet about the protests received less likes than most of Warren's tweets, but a greater number of replies, with critiques of his statement and his record.

President Barack Obama, who has commented on current events infrequently, shared a statement that called for unity. The tweet received 1.6M likes, over five times as many as current President Donald Trump has received on anything he's tweeted since the protests began.

The Floyd protests have also elevated the profile of local politicians in cities and states that have been most impacted by the protests, as they've been broadcast across national outlets. These press conferences are often rife with emotional addresses to protesters and police, as well uncomfortable — but necessary — lines of questioning.

In Minneapolis, Mayor Jacob Frey faces unfamiliar national attention, including tone-deaf remarks on his looks. Last night, Mayor Frey was criticized for not deploying firefighters to protest-related fires, responding on Twitter after midnight to suggest he was sending more resources. This morning, Mayor Frey and Minnesota Governor Tim Walz alleged that outside forces infiltrated the state to cause much of the protest's damage.

New York City Mayor Bill de Blasio has been blasted for his failure to prevent the city's police from using force, including by New York City's Comptroller Scott Stringer. Criticism of Mayor de Blasio is being compounded with Governor Cuomo's remarks: a viral clip from his daily COVID-19 briefing shows the governor concluding his statement with "I stand with the protestors."

In a press conference, Chicago Mayor Lori Lightfoot made her stance clear. "I will code what I really want to say to Donald Trump. It's two words. It begins with f and it ends with you." A reporter followed up Mayor Lightfoot's statement by asking why she wasn't following Michelle Obama's suggestion to "go high" when detractors "go low."