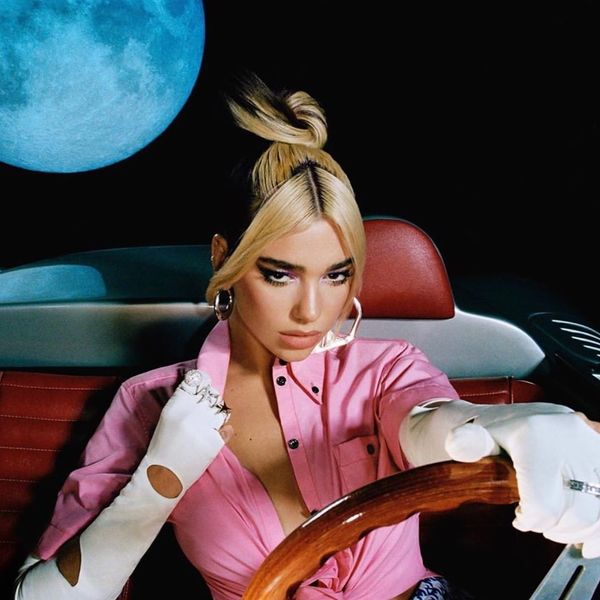 Dua Lipa's Future Nostalgia is 24-karat pop gold, dug straight out of the Max Martin-esque melody mine and packaged as a love letter to the retro Top 40 hits of yesteryear. She really said, "What's a sophomore slump?"

The collective gay meltdown triggered by the release of her "Physical" music video can't even begin to compare to the absolute madness that the release of Future Nostalgia is causing on social media. You can bet that if nightlife was up and running right now, every bar, dive and mega-club in the world would be blasting the record on repeat tonight.

Related | You Can Battle Dua Lipa at Dance Dance Revolution

Thank you to all friends old and new, to love, happiness and keeping an open heart. WELCOME TO #FutureNostalgia 🔐🌕💛 out now on all streaming services!!!!!!https://t.co/4n2EIZS1w2 pic.twitter.com/hU03F7owZR

In a letter to her fans posted to Twitter this week, Dua made a point of starting out by saying that she's never felt more herself than when she recorded Future Nostalgia, and that the album was particularly special because it's "reminiscent" of her "childhood influences." This connection is quite clear, apart from the title itself. Funk guitar riffs, disco-inspired shuffling beats and lovesick hooks make the record about as Nowstalgic as possible.

Composition-wise, Future Nostalgia might be a blend of the late-decades' greatest hits, but it's somehow still aligned with Dua's climb to main-pop-girl status thus far. Ironically enough, not one element beyond the album's key samplings, like the glorious use of White Town's "Your Woman" on "Love Again," is borrowed from another pop diva's style or flow. She takes pages out of her own earworm textbook, crafting peaks and valleys on songs similar to her work with Mark Ronson and Diplo on 2018's "Electricity."

Dua takes it all one step further, though. This isn't a lead single, this isn't a theme for a disco-era romantic comedy contracted out by a major studio, and this isn't a one-hit-wonder. This is an entire album of back-to-back possible — and probable — number ones. Teenage Dream better watch the throne.