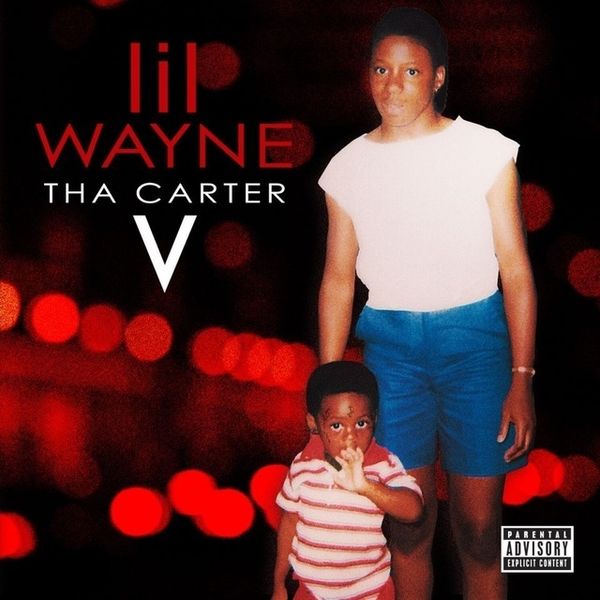 Tha Carter V is finally here, and while we take our time to unpack a 23-track album that has been shrouded in mystery and even high-stakes mythology (remember Martin Shkreli, anyone?), we can confirm that "Mona Lisa," featuring Kendrick Lamar is worth inclusion on Bops, not only for its rapid-fire, metaphor-laden flows from two of rap's most formidable forces, but for its unwavering, cinematic tension, complete with Lamar's character acting, and a spooky, minor-key beat creating a deliciously ominous atmosphere. All-in-all, it's a thrilling listen, and as mysterious and loaded as Mona Lisa's much-debated half-smile.

Well, isn't this a pleasant surprise? Earlier this summer, Cardi B teased this all-star collaboration on Instagram, and we begin wondering what form an actual song featuring that much talent would sound like. Now we know! "Taki Taki" capitalizes on mainstream radio's recent reinvigoration of the early aughts "Latin explosion," a movement ushered forward by artists such as Cardi B, Shakira, Bad Bunny, Daddy Yankee, J Balvin, and numerous others. Where the early-aughts movement relied on pop mechanics to infiltrate homes across America, this one is tied to hip-hop. (And with the addition of Selena Gomez to "Taki Taki," an updated pop refresh). Anyway, it's a bop, not that anyone should be surprised. Each of these artists consistently delivers high-quality music of their own, but together? Undeniable.

The prolific Young Thug drops his collaboration-heavy new EP On the Rvn today, and "High" is one surprise standout sampling Elton John's epic vocal in his monster hit "Rocket Man." What sends "High" to the fourth dimension, though, is how John's weightless vocal is given hollowed-out treatment over a melancholy trap arrangement. When paired with Thug's melodic flow, the track takes on a seamlessly soaring quality. Thug's and John's collaboration is as real as it is out of this world.

Cher's Dancing Queen is out finally, a concept so campy and iconic we're surprised this collection of Abba covers didn't materialize sooner. Obviously every song Cher revamped is worthy of praise (and it would've been too easy to select her version of "Dancing Queen" for this roundup), but we settled on "Fernando," least of all for its inherent drah-mah, and most of all for Cher, that quivering instrument from the heavens, and how she sells the epic, beloved tale of freedom fighters from Texas and Mexico. The possibility that Cher, who is always outspoken, chose to cover this inherently political '70s classic that served as the Swedish band's first non-album single, doesn't feel even remotely accidental.

Nile Rodgers' first album in 26 years with his legendary disco-funk group CHIC, is out now. Suitably called It's About Time, it features this very special Lady Gaga collaboration that we first got wind of in a 2016 Tom Ford campaign. The reworked version of "I Want Your Love" of course features a luminescent Gaga, who takes the vocal form of a disco ball, and who has been absolutely killing it on the A Star Is Born promo lately. A star is born is right!

Juicy J and Travis Scott team up for a breezy trap offering that merges their old and new school styles. (There are Cardi B lyrical references, and shouts out to girls who look like Cassie). But what's impressive about this collaboration is yes, the name recognition, and the fusion of both rappers' penchant for melodic verses, but also, the energetic affair is over in three minutes when it would've been understandable if they took five.

Morgxn (stylized "morgxn"), a queer singer-songwriter who deftly explores subject matter such as toxic masculinity and finding one's place in his music, is back with a new collaboration. The video for "Home" featuring Walk the Moon is out today, and it continues a moving storyline of what it means to find home, the first "Home" video featuring queer kids voguing and discovering community, this one focusing on solitude, set suitably in a desert. Home may be where the heart is, but when the singers in the video ultimately find each other, the song serves as a reminder that even the most marginalized among us can find home in each other.

Tommy Genesis is readying the release of her self-titled debut album this fall, but in the meantime, we have "Daddy," which the half-Swedish singer says explores her "angel and demon sides." "Daddy" is (thankfully) more demon than anything, with Genesis copping a bad-girl behind closed doors persona to drive home the track's upbeat production and salacious lyrics. Needless to say: "Daddy" isn't for prudes, though prudes are people, too.

​As one of PAPER's 100 women revolutionizing pop, Sasha Sloan has been doing just that with a sound that is modern, down-to-earth, and honest. "Faking It" continues that tradition, with Sloan acknowledging her regrettable ability to hide in a relationship her heart isn't in. It stands also as a relatable metaphor for all the ways we fake our way through uncomfortable situations, only becoming good at doing so with lots of practice. With songs this resonant, one thing Sloan can't fake is her talent.

The always-seductive charm of Rhye, the R&B project of Canadian singer Mike Milosh, rests in his aptitude for atmospheric beats to accompany his vocals, which are smooth and slippery, like a snake being charmed from its darkest hiding places. "Hymn" continues in this vein, building on the momentum of sophomore album Blood released earlier this year with an orchestral song that brings the inner world of isolation outside to interact one-on-one or with nature. The video, filmed in Big Sur, drives home the song's deeply spiritual pathos, serving as a meditation on the idea that connection is the source for all healing. No matter what you believe, "Hymn" is a prayer to access that connection.