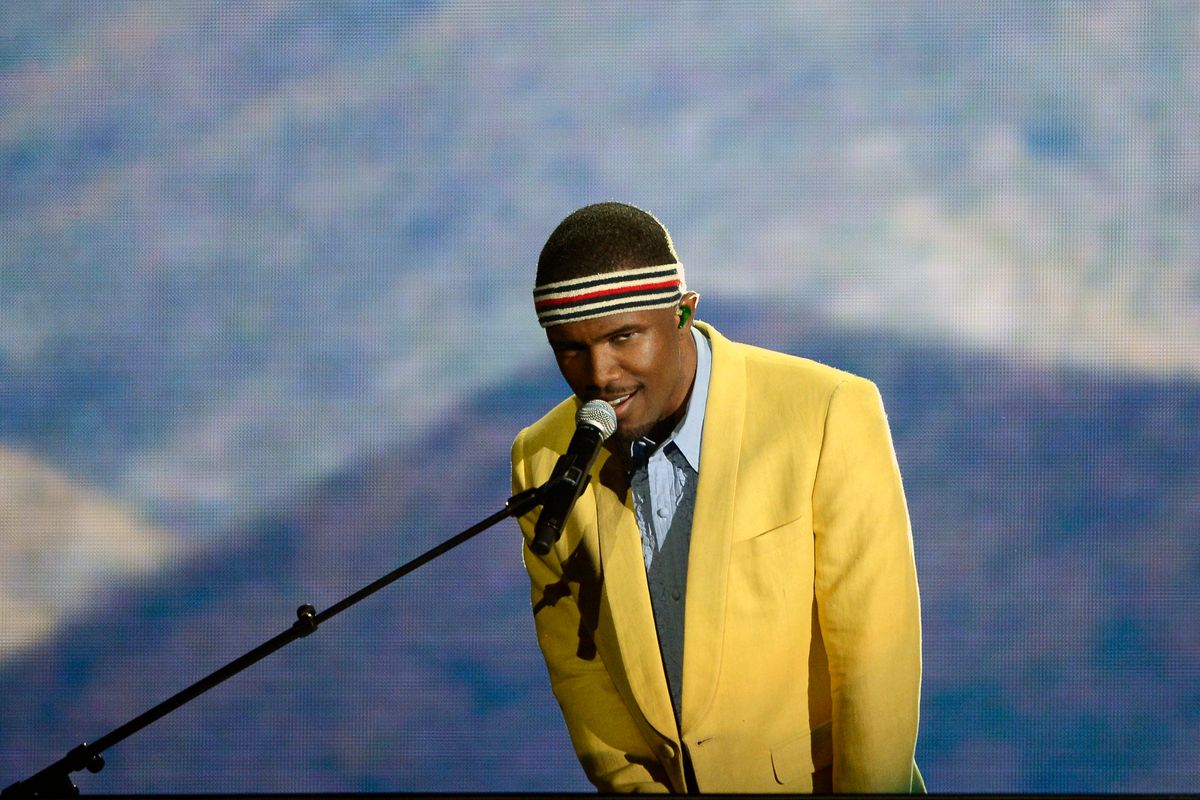 In olden days, memes were called cartoons and occasionally printed on paper. Some great ones were drawn by Matt Groening, creator of The Simpsons and Futurama. Recently, Frank Ocean decided to cover up some old ink with one of Groening's proto-memes, lifted from the illustrator's Life In Hell comic strip which ran from 1977 to 2012 and followed a cast of angsty anthropomorphic rabbits. Frank shared his new tat with the world on his recently unveiled Instagram story:

The bunnies inked on Frank's thigh are based on a 1983 Life In Hell panel titled "Homo vs. Hetero," which satirically compares advantages of being "homo" and "hetero."

The illustration feels remarkably like a predecessor of the list comparison meme (i.e. "Jesus: dead, lame, no top 10 hits versus Lady Gaga: alive, cool, 15 top 10 hits"). Unlike a lot of vintage cartoons, "Hetero vs. Homo"s dark humor remains poignant: the side by side lists mock the idea that there's fundamental differences between gay and straight relationships, except for discrimination. Gays and straights alike experience "ecstasy, happiness, fulfillment, heartbreak, shame, guilt, herpes, AIDS, and looking ridiculous." Straights might have "societal approval" on their side, but hey, gays can share clothing. Queer couples are disadvantaged by, you know "persecution," but they don't have to worry about "breeding like rabbits."

Per his usual cryptic social media style, Frank didn't share any explanation of the cartoon's significance to him. However, as revealed by "Homo vs. Hetero," Life In Hell was known for discussing queer issues and featuring gay characters — a rabbit couple named Akbar and Jeff which NPR pointed out were "pretty much the most high-profile gay couple of the '80s" — at a time when that'd still lose you a corporate sponsorship. This happened to Groening after he first explicitly confirmed that Akbar and Jeff were a couple, and a beer company swiftly canceled a promotional campaign using their image.

We might not have insight into Frank's connection to Life In Hell or the "Homo vs. Hetero" rabbits, but it's not hard to imagine why he might be a fan.