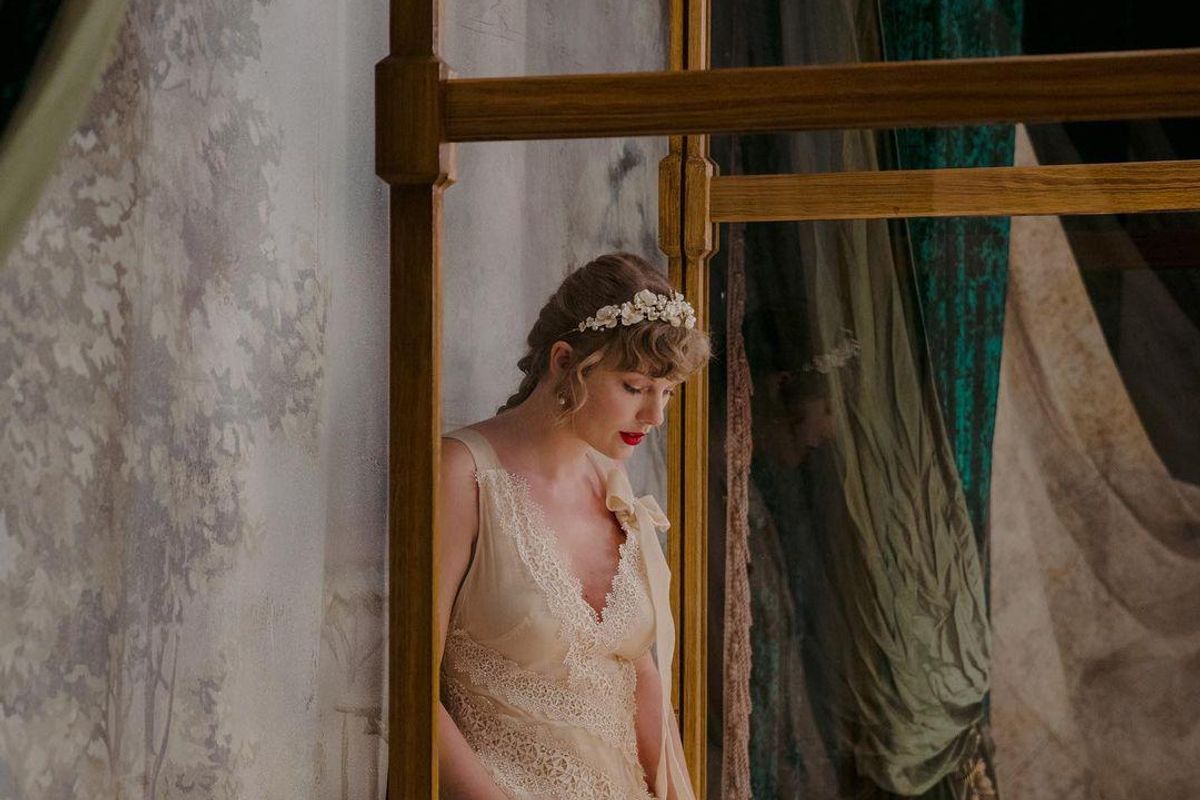 Swifties Think 'Folklore' Is a Trilogy

Taylor Swift... her mind. Pulling us from the depths of COVID-y winter despair, the prolific artist just dropped evermore, a surprise sequel to her (also surprise) eighth album folklore. And we're already obsessed with the Olive Garden references, a lyric that throws back to Swift's appearance on controversial 2019 motion capture mess Cats, and the HAIM sisters acting out a murderous revenge fantasy in "no body, no crime."

What a time to be alive! But could there be even more new music on the way? Swift's dedicated stans are theorizing that folklore will become a trilogy, and they've got some compelling evidence. The upcoming third record from her very indie new era is supposedly titled woodvale, a word which appears in the top right hand corner of a photo that's included in the special edition folklore CD artwork.

Why is that relevant? Well, another one of those folklore photos released a few months back included the word evermore, seemingly as a clue about the second album to come. And you know that there's nothing Taylor Swift loves more than an easter egg. The deluxe folklore CD in question is literally called the "hide and seek" edition! A game is afoot.

So wtf is a Woodvale anyway? Turns out the word likely has some symbolic meaning to Swift. It's a town near Britain's Lake District, where she vacationed with Joe Alwyn (or should we say William Bowery) for their anniversary. You can hear her pay lyrical tribute to the scenic area on several folklore tracks, including "the lakes."

Don't get too excited just yet, though. It's entirely possible that woodvale was an alternative album title for folklore or evermore, or maybe just the title of a bonus track that's yet to come or got scrapped at the last minute.

But we wouldn't put it past Swift to release another disc of sad, soothing bangers feat. The National and Bon Iver. Nor would we complain about it.