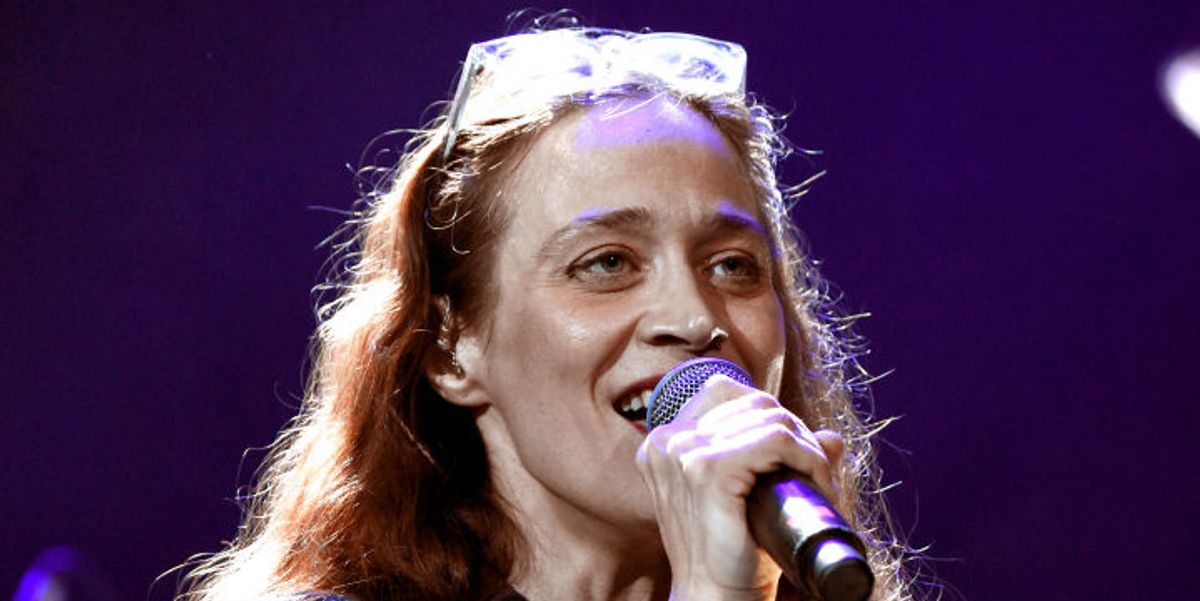 Fiona Apple is coming back. In a new profile with The New Yorker, the musician reveals details about her long-awaited new album, Fetch the Bolt Cutters — her first LP since 2012.

Apple confirms the album will consist of 13 songs with titles including "Newspaper," "On I Go," "The Drumset Is Gone," "Rack of His," "Kick Me Under the Table," "Ladies," "For Her," "Fetch the Bolt Cutters," "Shameka," "Heavy Balloon" and "I Want You to Love Me."

Fetch the Bolt Cutter, which is described to be "raw" and "percussion-heavy," was composed and recorded in Apple's own home. Its title references a scene in the British crime show The Fall, and is intimately tied to the tumultuous experience of being a woman.

"The record dives into such conflicting impulses: she empathizes with other women, rages at them, grows infatuated with them, and mourns their rejection, sometimes all at once," The New Yorker's Emily Nussbaum writes.

Apple pointedly addresses the #MeToo movement throughout the album; she even considered using a sketch of Harvey Weinstein and his walker for the album cover. The song "For Her," composed after the Brett Kavanaugh hearings, is meant to express the injustice Apple and many women watching felt after — especially silenced sexual abuse survivors.

Apple elaborates further on her experiences interacting with men in the entertainment industry such as Johnny Depp, Woody Allen and Louis C.K. "There are all these unwritten but signed NDAs [non-disclosure agreements] all over the place," Apple says. "Because you'll have to deal with the repercussions if you talk."

Another song, "Heavy Balloon" is said to deal with mental health issues. "It's almost like you get Stockholm syndrome with your own depression—like you're kidnapped by your own depression," Apple says of the track's subject matter.

Last year, Apple released a single with King Princess, a newer version of the song "I Know," from Apple's second album, 1999's When The Pawn. The release date for Fetch the Bolt Cutters is still unknown, but Apple has previously suggested it will arrive sometime this year.