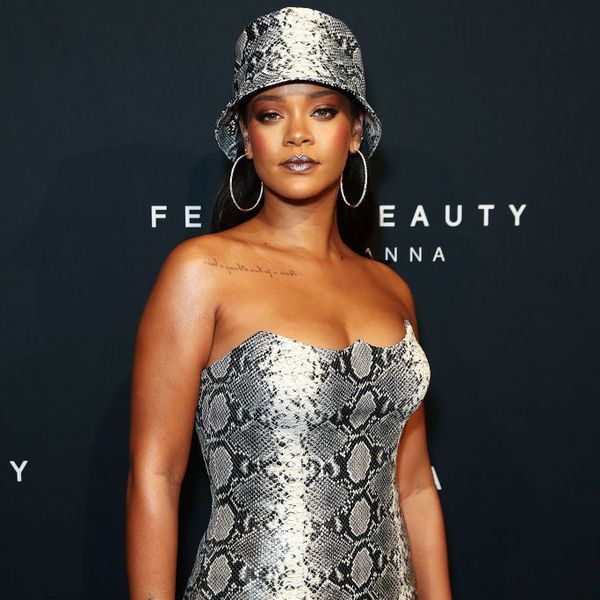 Is Rihanna Launching a New Fragrance?

This week, the internet posed an important question: What does Rihanna smell like?

Originally prompted by a Twitter user, who goes by the name @ni, who stated Rihanna "smells fucking good," the discussion soon erupted with several users claiming they'd had close encounters with the singer and can confirm she smells amazing.

Bigger votes of confidence, however, came from old clips of celebrities such as Jennifer Lawrence, Cardi B, Nigella Lawson, and Nick Jonas, who all seemed to agree. In one such post from 2015, Ryan Seacrest said: "I smell everyone on the red carpet and @rihanna was the best smelling celeb at the grammys." All the clips and posts are compiled within the Twitter thread.

I smell everyone on the red carpet and @rihanna was the best smelling celeb at the grammys. #nowyouknow
— Ryan Seacrest (@Ryan Seacrest)1423500953.0

In another instance, Lil Nas X claimed she smelled like "Heaven," which was reiterated at one point by Nikki de Jager in identical words: "Heaven on earth," she called it.

There were others like X Factor star Matt Cradle, who further gave fuel to the theory by saying the Fenty Beauty founder smelled "amazing up close and from afar."

But since most of us will probably never really get to smell Rihanna ourselves, most of the internet was left wondering what that smell is like. A 2016 StyleCaster story offers some answers. The article features excerpts from an Instagram post that states the singer wears 'Killian Love, Don't Be Shy,' which smells like a blend of marshmallows, vanilla, and neroli.

Jeremy O. Harris added weight to this statement in a T Magazine interview earlier this year."She smelled like cinnamon, bubble gum and the sea, her scent dominating the overpowering chocolate around us," he says.

​Clearly, over the years, Rihanna has garnered a lot of attention for her signature smell. So the most relevant question from the lengthy discourse seems to be: Is all the talk hinting at a new Fenty fragrance? Only time will tell.