On the final day of menswear shows in Florence, designer Stefano Pilati delivered one of the most compelling collections of the Fall 2020 season for his independent fashion brand Random Identities. Staged in the historic Stazione Leopolda (the first ever train station built in the city), which was turned into an underground nightclub, the runway showcased an eclectic mix of faces, including noted queer artist Fatima Jamal.

The choice to cast Jamal, known by her moniker "FatFemme" to many, is historic in that rarely has a designer of Pilati's caliber ever chosen a Black, trans woman to walk the runway for a menswear institution as prestigious as Pitti Uomo (or any men's fashion week, for that matter.) She had nothing but high marks for Pilati, whom she praised in a recent Instagram post:

fatima on Instagram: “you see the thing about history is that it’s history whether i post it or not. i write it. i document it. i remember it. you will always…”

"Bravissimo @stefanopilati — the message was heard," she wrote in the caption. "@randomidentities, what a twirl! florence will never be the same AFTER THIS SHIT! we made it feel mighty real! #pittiuomo"

Indeed, the diverse casting captured the queer, nonbinary ethos that's been at Random Identities' core since it first launched in 2017. Though Pilati's collections lean toward menswear, the clothes are ultimately unisex and are imbued with a rebellious and subversive spirit. (Unisex label Telfar showed the same day as an invited guest of Pitti, further demonstrating the evolution of traditional menswear.)

As for the collection, the range and strengths of Pilati's tailoring skills, which he honed for decades at brands like Miu Miu, Saint Laurent and Zegna, were on full display. Suits cinched at the waist, oversized blazers paired with over-the-knee boots, crisp shirts with billowing sleeves and cozy, boxy coats all made a strong case for the wardrobes of Berlin club kids and modern business professionals alike. (SSENSE is the exclusive online retailer of Random Identities, which is also carried in stores like Dover Street Market.) 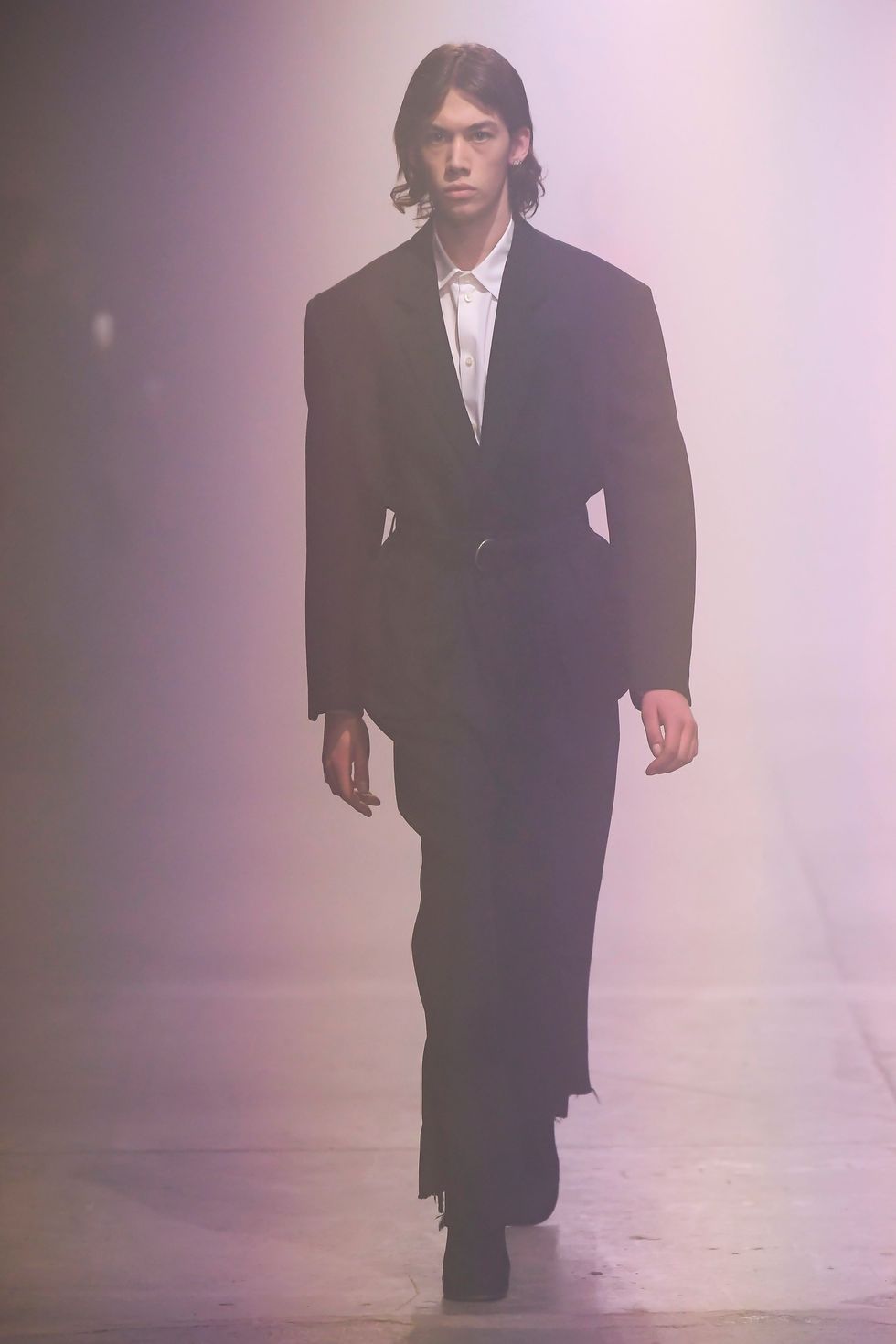 "This 'power of silence' is in direct contrast to the disruptive maximalism and its insistence on creating generations of 'aspiration' which I find obsolete, inelegant and counterproductive," Pilati said in the show notes. "Especially in an era in which other forms of investment in oneself require an inner and outer balance of how we are used to presenting ourselves."

Finally, a pair of savvy new footwear collaborations rounded out the show, including one with Birkenstocks and another with Chinese sports brand Li-Ning. 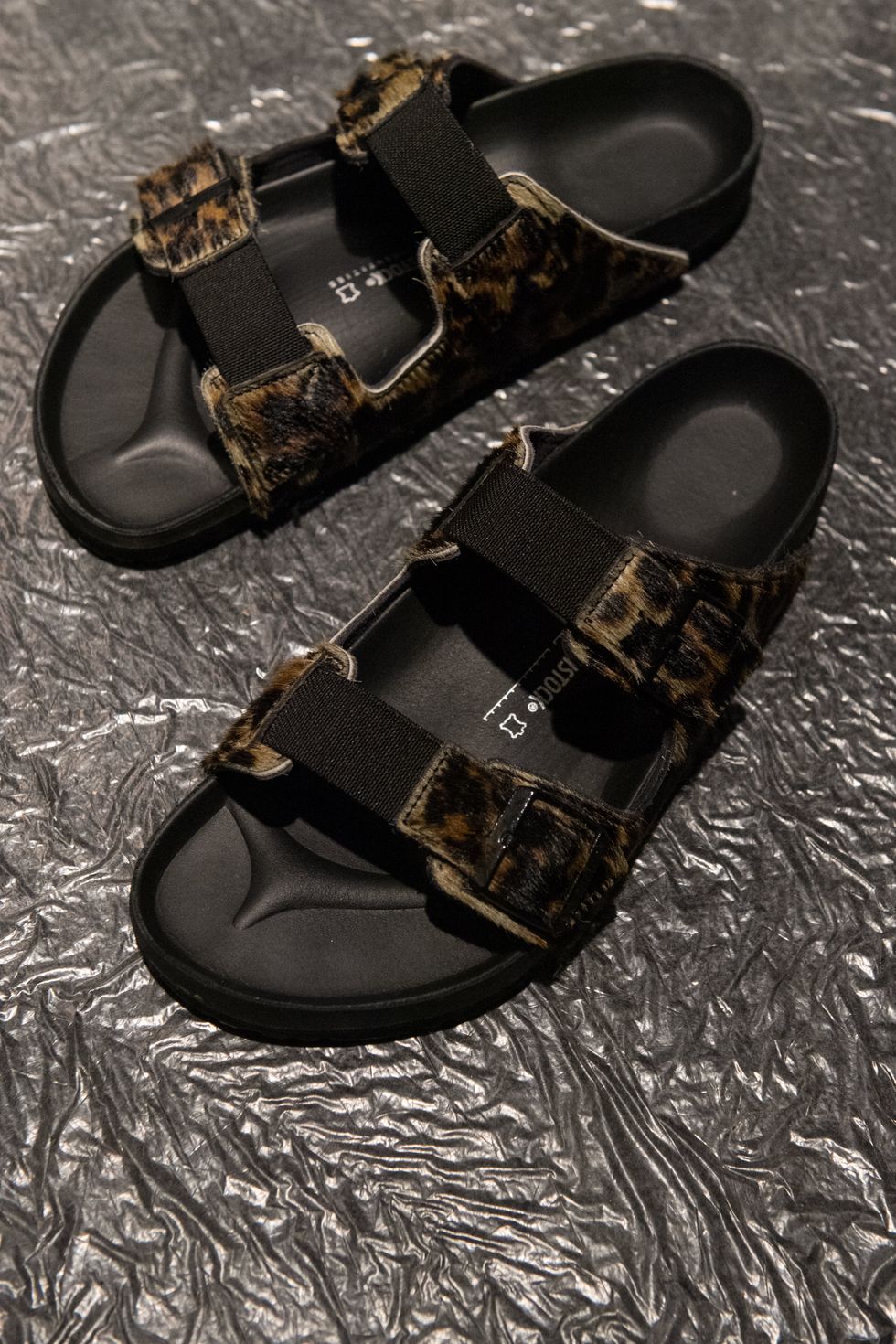 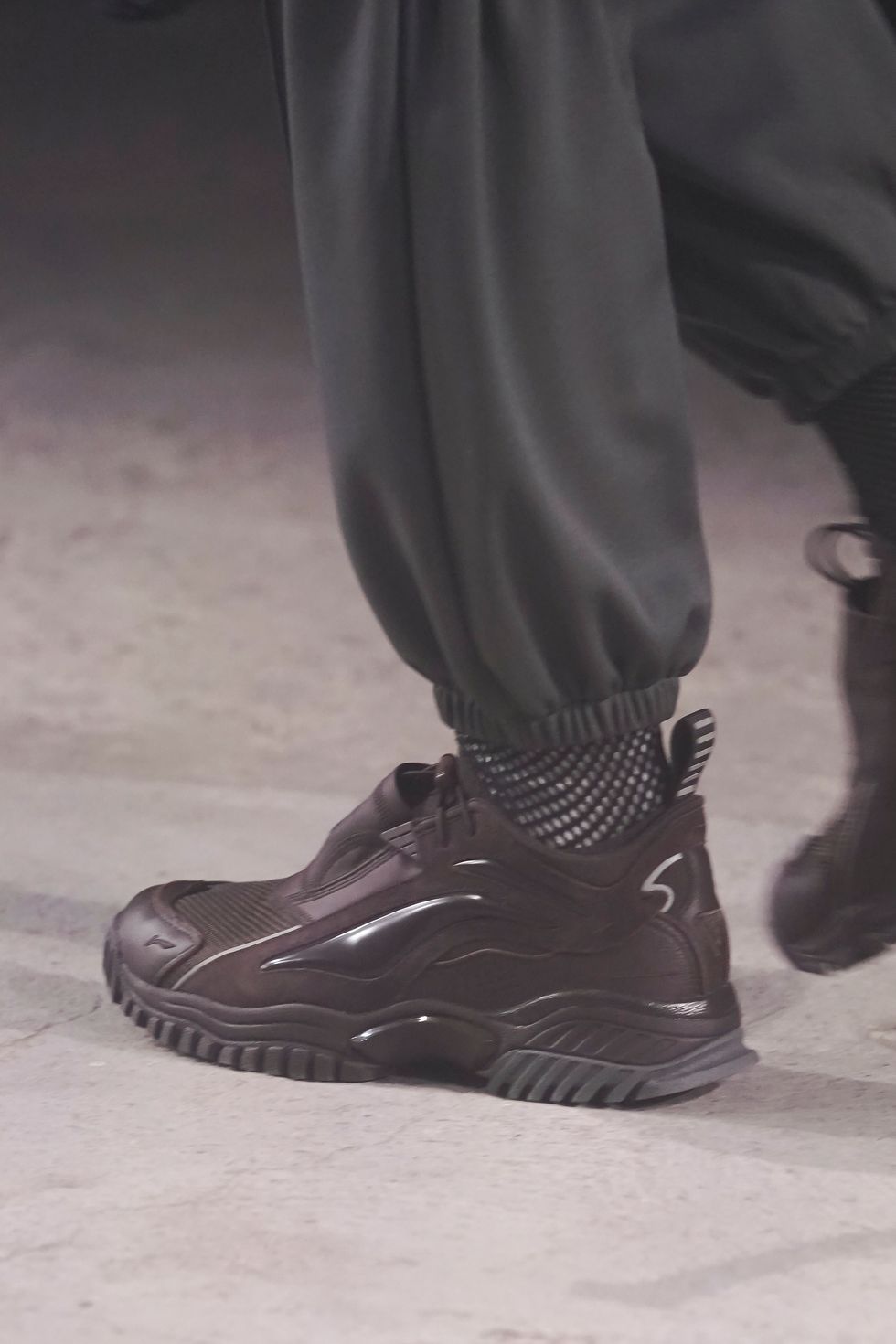