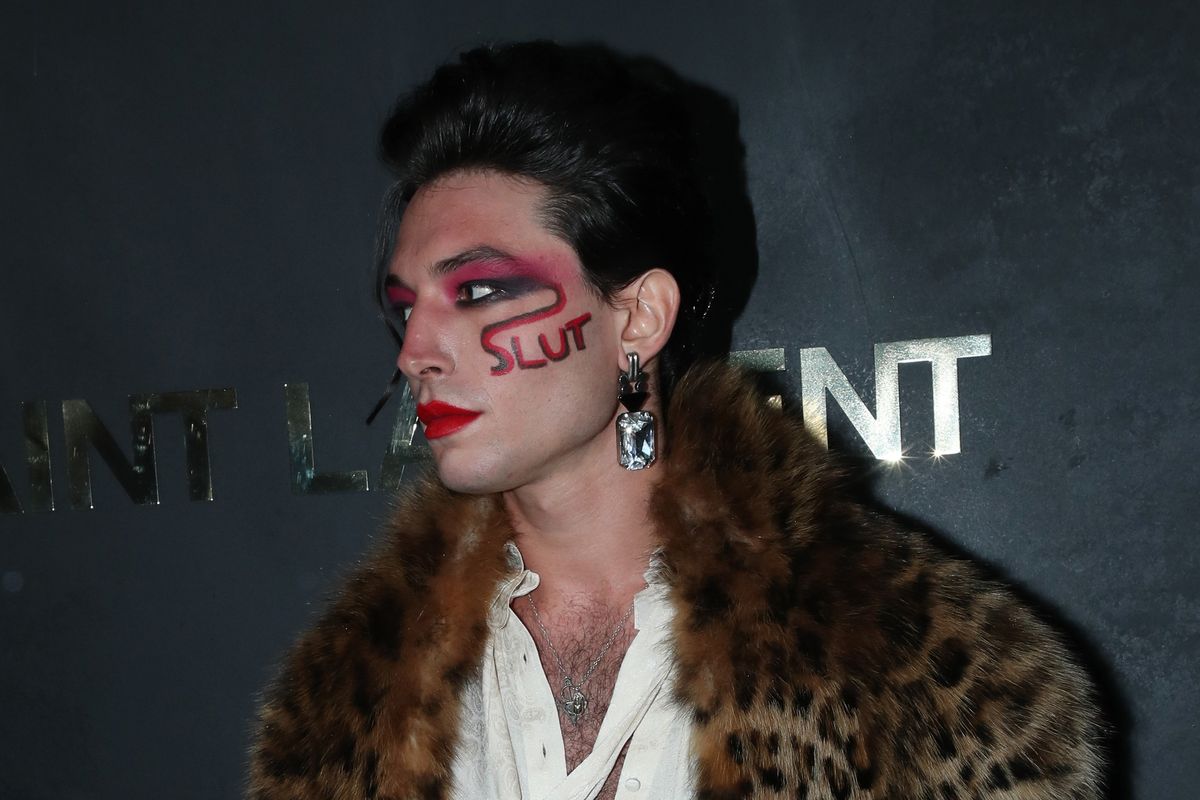 Ezra Miller Is a Slut for Saint Laurent

Ezra Miller has never not made a statement on a red carpet, and at Saint Laurent's Spring 2020 show in Paris last night they literally spelled things out for us. The actor accompanied their silk shirt and leopard print shorts with bright '80s-inspired pink and black makeup that included the word "SLUT" written in eyeliner.

The beauty look was executed by Lisa Houghton, a MUA known for her painterly approach to eyeshadow palettes, with a pompadour by hairstylist Camille Arnaud. On Instagram Houghton was initially coy about the concept, then amended her caption to note that Miller was making "a very intentional statement of political, spiritual and personal significance." Some playful sex positivity never goes astray at fashion week, where Miller's fellow front row occupants looked a little uptight and uncreative in comparison.

We've seen plenty of daring beauty from Ezra in the past. Their Met Gala optical illusion managed to stand out in a sea of campy costumes, and who could forget when they dressed as a sexy Hedwig to the Fantastic Beasts premiere?

There was also that big Moncler moment, and they recently paired short shorts with lace-up boots and glittery lashes at a Coach presentation in South Korea. We can expect more experimental eyeshadow artworks in future: Miller was announced as an Urban Decay ambassador back in June.