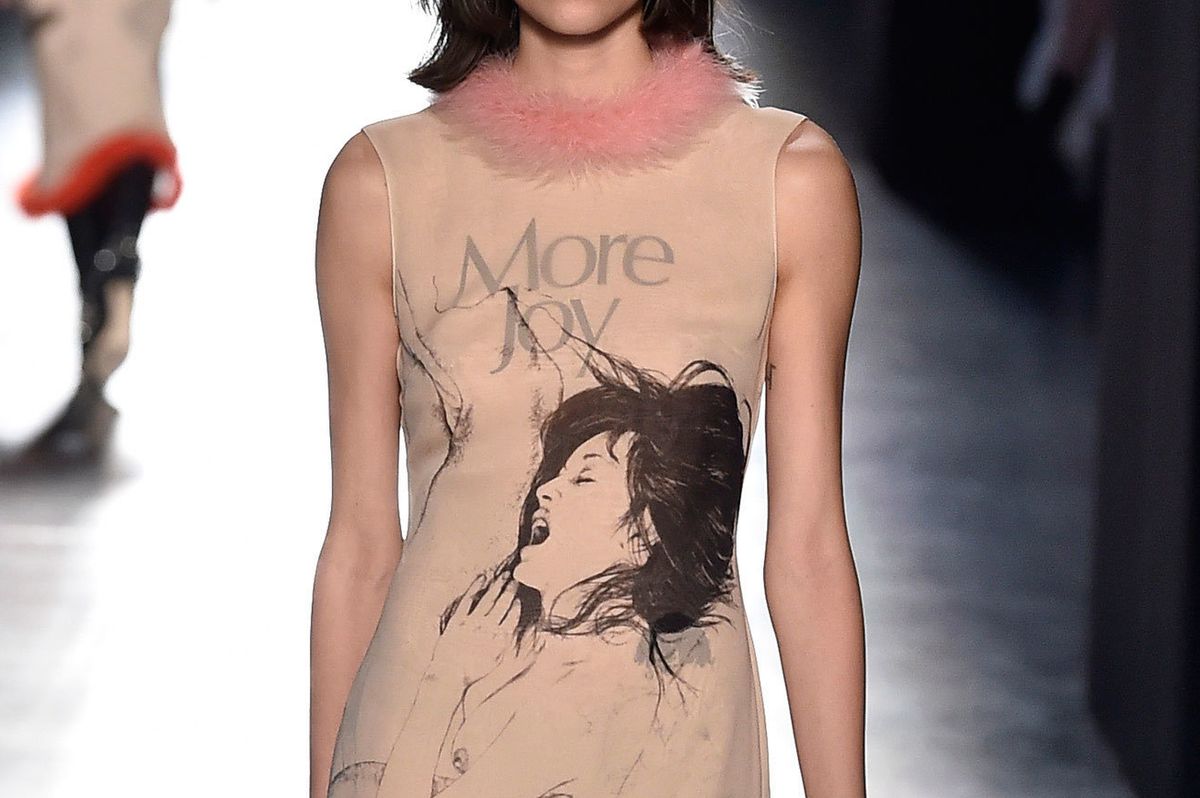 Classic erotica found its way to the runways of London Fashion Week last week, specifically in shows by JW Anderson and Christopher Kane. We did some digging and discovered the big influences behind the brands' collections.

JW Anderson was inspired by the works of pioneering gay erotica artist, Etienne, born Dom Orejudos. The Chicago-based artist had roots as a ballet dancer and choreographer for the Illinois Ballet Company, even winning Emmys for a dance he staged at a local radio station. Orejudos struck gold upon tapping into physique culture — which took inspiration from bodybuilder magazines dating back to the 1930s. The literature contained no shortage of homoerotic imagery — from greased-up buff daddies in G-strings, to flashes of bare butts.

Orejudos started drawing for these magazines and quickly developed a fascination with tight leather stretched over taut, toned muscles. Leather became part of his illustrations, which spread like wildfire in popularity through developing leather and S&M scenes of the late 1950s. Alongside his lover and business partner, Chuck Renslow, Orejudos created Kris Studios, named after the first famous trans woman in America, Christine Jorgensen — and through that outfit, published many leather magazines. Of course all of the above ultimately played a role in reversing ideas of heterosexuality and masculinity as inextricably linked.

What JW Anderson does so well in his Fall '18 show — and in his menswear work in general — is subvert the ideas around how masculinity and femininity can be or are expected to be linked, often using androgynous models and placing them in chokers, sheer sheaths, and stacked heels. In incorporating tailored leather trousers and using illustrations of Orejudo's masculine characters for his shirt designs, and placing the full effect on androgyne models, Anderson successfully communicates a vision of the future, where the masculine, the feminine, and the erotic are but mere suggestions, not hard-and-fast rules. Call it "queering the lines."

In Christopher Kane's Fall '18 show, sex is a glamorous provocation; a welcome featherlight come-on, made bold with erotica illustrations that say more about sex than the clothes themselves do. Kane incorporates traditionally feminine fabrics — silk, lace, brocade — and imbues them with an edgier personality — slashed hems, leather accents, faux-fur (!!!!) trimming — meant to empower the women wearing them. Think of basically any song ever made by Charlotte Gainsbourg and you'll get the vibe of this collection. The erotic imagery on some of the dresses, including outlines of women in the throes of passion, "The Joy of Sex" and "More Joy of Sex."