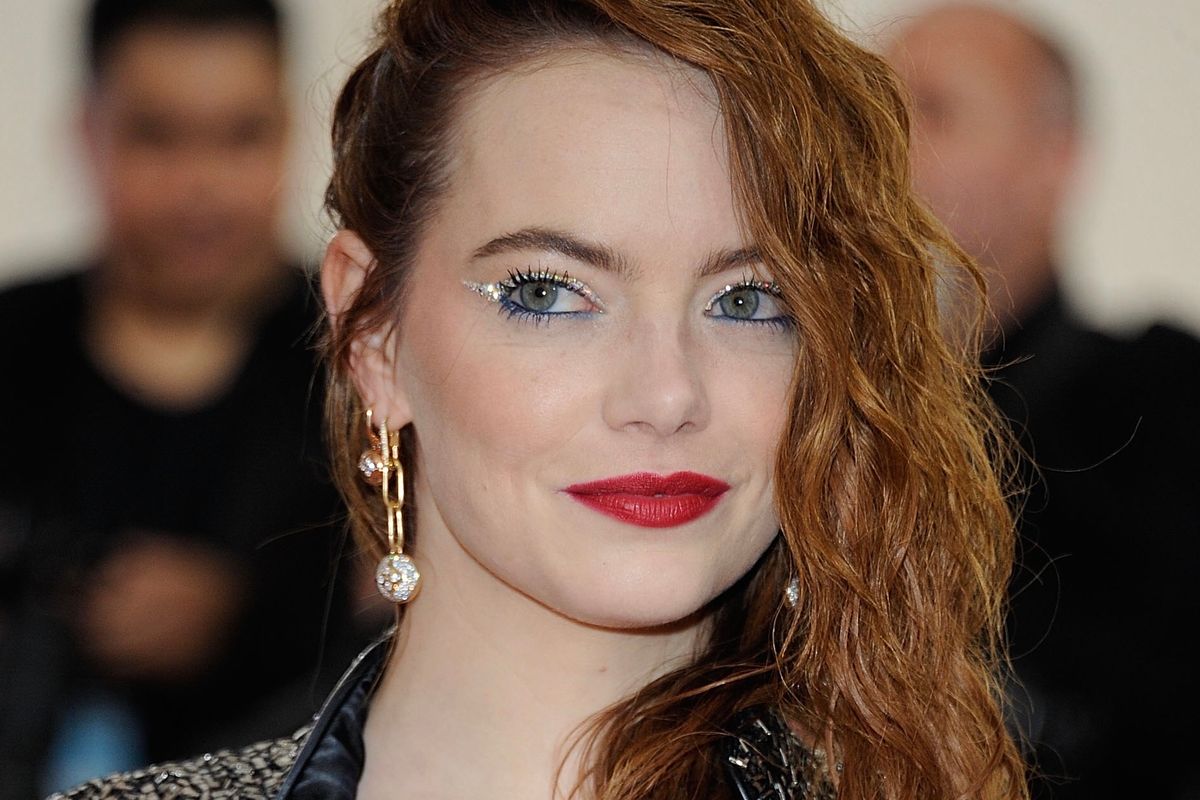 Here’s What Emma Stone Looks Like as Cruella de Vil

It seems like a while since we first learned about Emma Stone being cast as Cruella de Vil in Disney's live action, original, villain origin story film, Cruella. Now, Walt Disney Studios has given us a first look.

The photo shows a different Cruella than the one portrayed by Glenn Close in 1996’s 101 Dalmatians. Stone sports a shorter, permed version of the character's trademark black and white colorblocked hair. She is also wearing a stylish, checked black leather jacket with puffed sleeves, and what looks to be oversized black trousers with a chain by her hip — very punk.

The reception has been great so far. Some are even comparing the new Cruella’s style to that of character Moira Rose (Catherine O’Hara) in series Schitt’s Creek, or that of actor Helena Bonham Carter.

As Stone revealed at the D23 expo via video message that the film would be in “1970s set in London, it's punk rock." The film is directed by Craig Gilespie (I, Tonya), and also stars Emma Thompson, Paul Walter Hauser, and Joel Fry.