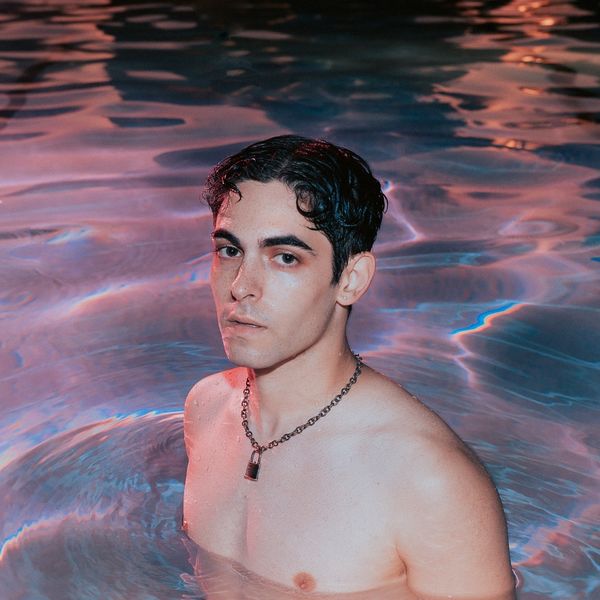 Elliot Jones Captures the High of Falling in Love

While many are avoiding unlucky happenings this Friday the 13th, Los Angeles musician Elliot Jones is capturing the delirium of new romance in his debut music video for "i'm in love," out today.

The song's endearing lyrics about an all-consuming crush ("I just can't seem to fall asleep") and its synth-heavy sound encapsulate the feel-good pop sounds that dominated this decade. "I'm in love" was originally released in October and has since asserted Jones as a rising musician to watch.

In the dreamy visual, directed by Shawn Binder and shot and edited by Evan Adams, multiple Joneses twirl around an open indoor space in downtown LA and wink at the camera as romantic lights fade from bright magenta to aquamarine. The use of changing color reflects the emotional rollercoaster of falling in love.

"Falling in love is such a high," Jones says. "I really wanted to embody that feeling with a song and video that looks and sounds like that first rush of meeting someone who you're ready to ride or die for."