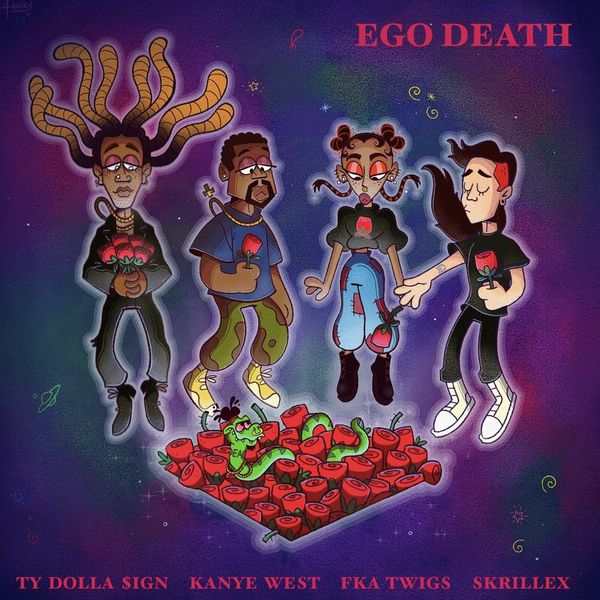 House music fans, rejoice: Ty Dolla $ign may have just unveiled the most powerful collaboration of 2020 with "Ego Death," a track that features FKA Twigs, Skrillex, Kanye West and Serpentwithfeet. The artist announced the song in his only post on an otherwise barren Instagram profile, complete with a teaser of the single's visual.

FKA Twigs showed similar excitement for the release, posting the same teaser video with the caption, "yay @tydollasign so many fun times hanging with you and beautiful human @serpentwithfeet in the studio lead to this! thank you for having me! thank you @skrillex for driving this baby all the way home <3"

The house bop feels familiar to the genre, but draws in unique stylistic choices from its collaborators. Twigs has a fiery pop outro, West brings back his signature sound pre-Jesus Is King (without obscenities) and Ty Dolla $ign impresses with lyricism such as "You wear this look on your face/ So much animosity/ Ego death is where you find happiness/ That's the only place you find happiness."

The track is not the first time West and Ty Dolla $ign have collaborated; most recently "Freeee (Ghost Town, Pt. 2)," also featuring Kid Cudi, made the Kids See Ghosts final tracklist back in 2018. This also marks West's second drop in two days, following the release of "Wash Us in the Blood," a Travis Scott-graced first single from West's forthcoming album God's Country.

Although Ty Dolla $ign is the featured artist on "Ego Death," the track marks a long-awaited collaboration between West and Skrillex. Reportedly, a partnership between the two artists has been in production since before the release of Yeezus, but was postponed and called a "work in progress" by Mike Dean, who contributed to the album. In other words, this could either be what we have all been waiting for... or this may not be the last we see of the duo's work together.

Listen to "Ego Death" and check out the visualizer below: