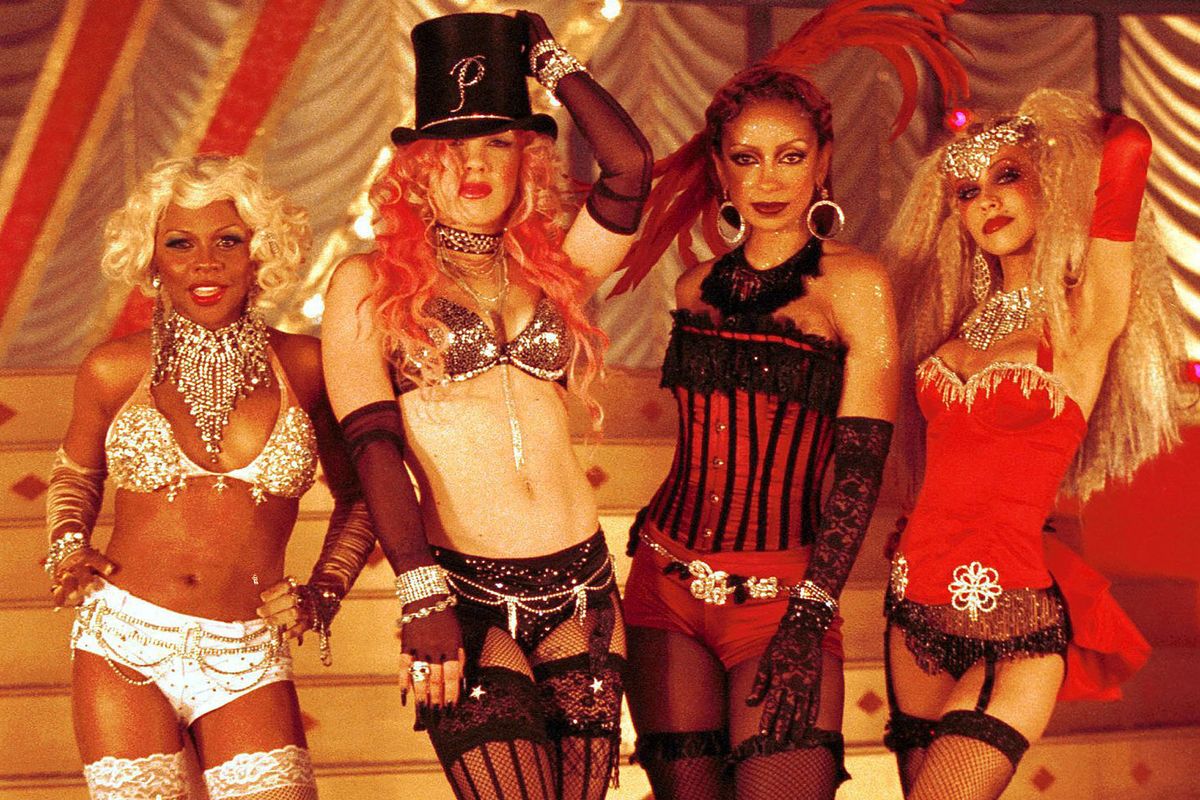 Voulez-vous coucher avec... Ed Sheeran? Pop's most powerful redhead has hinted at a cover version of "Lady Marmalade" starring himself, Justin Bieber, and Bruno Mars. As you well know, the song — first made famous by 1970s girl group Labelle — had an iconic moment in 2001 when Christina Aguilera, Mýa, Pink and Lil' Kim collaborated for the Moulin Rouge soundtrack.

Sheeran spoke of an all-dude "Marmalade" in a new interview with Charlamagne tha God. He said that the (famously troubled) 2001 cover provided inspiration for his forthcoming collab-themed record, No.6 Collaborations Project. A tracklist is yet to be revealed, but all the songs will feature Sheeran paired with his favorite fellow artists.

"This project actually started with one idea I had which was — you remember 'Lady Marmalade,' right?" Sheeran recalled to Chalamagne. "This is such a silly idea — I had an idea of doing that, like you could get Bruno, Bieber and me on a record, how fun would that be?"

For all the Moulin Rouge fans shaking in anger, reading between the lines, it doesn't seem a sure thing that Sheeran's "Lady Marmalade" actually happened. The singer implied that he ultimately recorded separate tracks with Bieber and Mars instead: "I did a song with Bruno and I did a song with Bieber and these individual songs started happening and then it turned into a project … It was a really good experience putting the record together."

Sheeran has already released the No. 6 singles "I Don't Care" with Justin Bieber and "Cross Me," featuring Chance the Rapper and PnB Rock.

Take a deep, calming breath and listen to the original "Lady Marmalade," below.