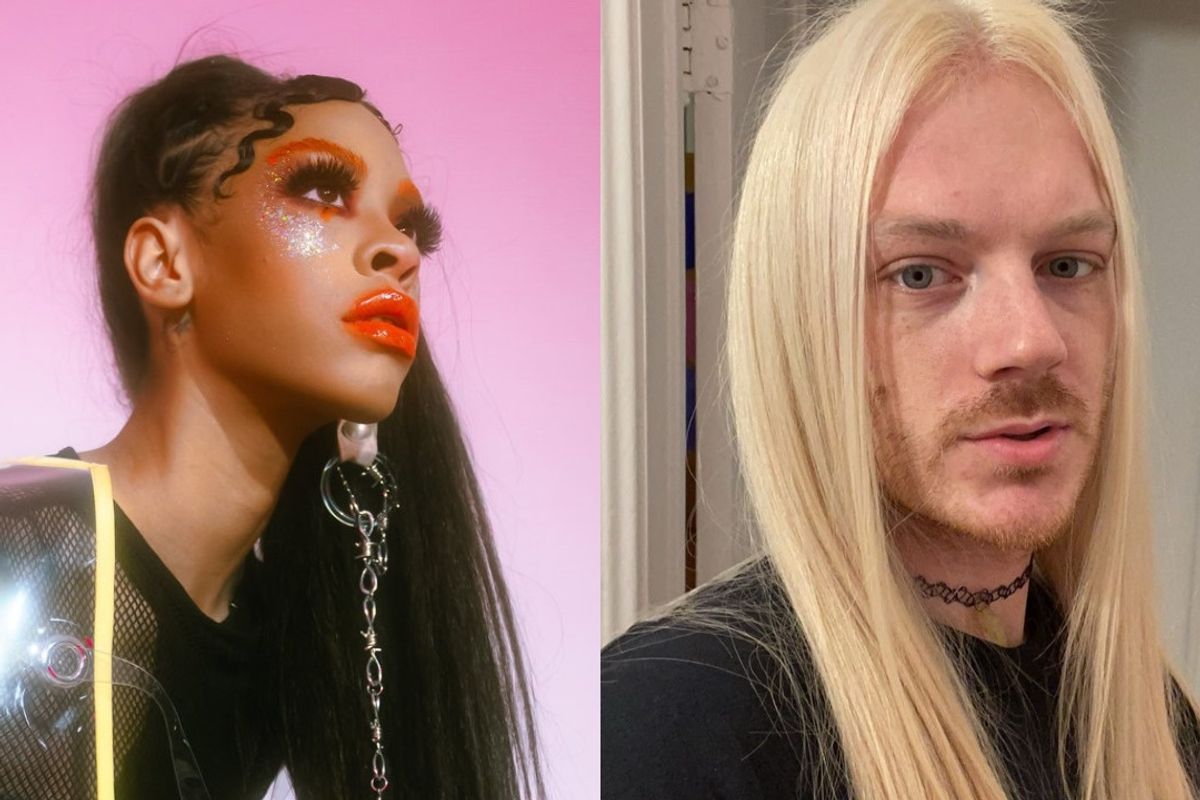 In a world where leaked, teased and live versions of unreleased songs are cropping up constantly on Twitter and SoundCloud, stans get tired of begging for artists to drop their tracks. Rico Nasty and Dylan Brady stans in particular are tired of being teased, and feel like they've waited long enough for the release of — at the very least — a single one of the pair's mythologized collabs.

Back in November, Rico Nasty teased a song, speculated to be titled "iPhone," on one of her famous Instagram Lives. Fans were screen recording before the first synth pluck could even ring through their earbuds. Only bootleg versions exist online, but that's still not enough for the hardcore fans, many of whom question Rico about the release in the replies to all of her tweets. She finally addressed the fans' demands in early January, writing that she doesn't want to drop the song just yet because she wants Lil Uzi Vert to hop on a verse.

Without any update on the song's progress, something new popped up in late January, this time related to Dylan Brady and Laura Les' musical duo, 100 gecs. A remix album of their studio debut 1000 gecs has been in the works for several months now, with two singles being released and remixed by Injury Reserve and P.C. Music wunderkind, A.G. Cook. DJ and producer Umru teased a remix of the 100 gecs song "Ringtone," featuring verses from Charli XCX and Rico Nasty, and further fueling the demands of stans.

the fact that we exist in a world with at least two dylan brady and rico nasty collaborations is so fucking exciting https://t.co/mEZzTPGKsP
— defund 🐷 acab (@defund 🐷 acab)1579902827.0

Today, Dylan Brady tweeted out one last tease to his followers, provoking them even further by claiming that he and Rico have a third collab in the vault that's just raring for an official release. Immediately, he was met with new demands, threats of Dropbox link leaks, and straight up begging from Charli XCX fans for the "Ringtone" remix supposedly off of thee forthcoming album.

Dylan largely ignored the begging, only replying to the occasional stan and sometimes trolling them. Rico hasn't sounded off on the fresh collab news yet, so all we have to go off of is the rumors swirling on fan forums and subreddits. Until then, the live versions and bass-boosted IG Live recordings will have to do.